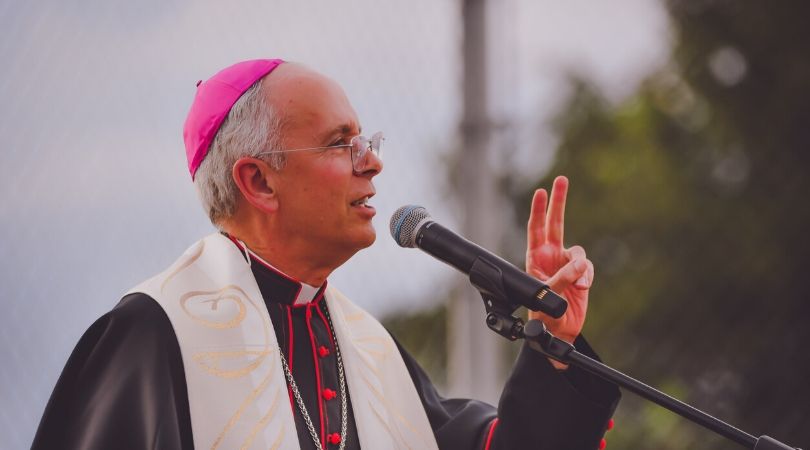 The Vatican's Amazon Synod has breathed new life into the cancer of Liberation Theology, and El Paso Bp. Mark Seitz has picked up the banner and championed an American version of the marxist doctrine, claiming that it's just what the Church in the United States needs.

In "Night Will Be No More," a pastoral letter published in response to the August Walmart shooting in El Paso, Seitz resonates the U.S. Conference of Catholic Bishop's (USCCB) long-standing assertion that "most" whites are racists, and no one else can be. Indulging in the bishop's familiar, flimsy language of class struggle, he condemns our country's "system of white privilege" that "becomes a tool of class," culminating in "white supremacy," which is Satan, "the evil one, incarnate."

He condemns our country's 'system of white privilege' that 'becomes a tool of class.'

Seitz finds himself in a world wrought by hatred and violence. He focuses on what he perceives to be the focus of the evil behind both: racism, specifically the hatred that whites have for minorities.

There is precedent for this. Since 1979, his colleagues have taught that, while most whites are guilty of this "subtle sin," most of us don't even know it. So it doesn't qualify as a sin in the Catholic sense, but it's a deadly sin in the ideological sense: Karl Marx taught that a member of the bourgeoisie cannot escape his class, or be "cured" of his class consciousness. Neither an act of intellect ("becoming aware," as in Plato's parable of the cave), nor an act of will (as in the "metanoia" to which St. Paul calls all those who are steeped in sin) can release us from this "iron law of history."

In dealing with Seitz, one wonders: Are we addressing a thoughtful critic worthy of analysis, or just another raving ideologue? After all, Seitz has long vilified whites, including his own state attorney general, as "hypocrites" and "Pharisees" for defending the rule of law as described in the Catholic Catechism's paragraph 2241.2.

So is he raving? Only occasionally, perhaps — but we're definitely dealing with an ideologue. Seitz's pastoral letter calls upon the name of Christ repeatedly, but invariably perceives Him as his ally in what political philosopher Gerhart Niemeyer calls the marxist "total critique" of current American society. Rather than allowing a reconciliation between the "classes" he defines, Seitz gives "oppressed" Hispanics his imprimatur for envy, even hatred, of whites. Civility and good will are not his cup of tea.

Seitz has a curious view of history. He perceives the work of Catholic missionaries since the Spanish arrived in the 16th century as partners in a "deployment of white supremacy and cultural oppression."

He mentions Our Lady of Guadalupe, but presents her as a defender of the indigenous tribes against the Spanish colonists. He laments the "sinful notions of civilized versus uncivilized and the invention of the savage" that followed Hernán Cortés' victory over the Emperor Cuauhtémoc and the Aztec gods Quetzalcoatl and Huitzilopochtli.

Well, it's fair to ask His Excellency: Wasn't the cannibalism, torture, mass human sacrifice and infanticide demanded by those gods pretty "savage"? Shame on those intolerant Spaniards, bringing Christ to oppress the New World. If only they'd had a synod then!

In his pastoral, Seitz validly perceives a "clash of cultures" even today, but he's quite selective. He refuses to denounce the prevailing cultures of Mexico, both that of Cuauhtémoc and that of today's Corruptos, where corruption, violence, terrorist gangs and drugs prevail on every side. It's quite curious that he should rhapsodize over the culture of the most dangerous country for priests in the Western hemisphere.

In light of the profusion of veneration and adoration of pre-Colombian pagan idols that flourished during the Amazon Synod, it's hard to tell how Seitz might adjust his critique the better to conform to reality. He doesn't even try. Instead, he employs the tired epithets of "racism" and "xenophobia," giving his beloved Hispanics every reason not to love but to resent and even to hate the White American.

Seitz tips the ideologue's hand when he conjures up his version of a classic marxist formula: "Our Lady of Guadalupe hands on a sacred petition from her Son, to be builders of a new Temple of Justice in the Americas, a Temple of a New Humanity," he writes.

Ah, a "New Humanity." The humanity of Jesus isn't enough for the Marxist. That's why Liberation Theology invents a "New Jesus," who sheds His "Old Humanity" in the name of revolution. Seitz fails to mention that on Sept. 27, 1988, the Vatican admonished Msgr. Pedro Casaldàliga, a bishop of Brazilian Amazonia, for embracing this very error. Casaldàliga sought to establish a Christian utopia that would feature "a diverse, more fraternal humanity" with the Church as the source of Marx's "total critique."

This is the classic marxist fundamental, the ability to change the humanity that God created, to make it better — even perfect! — and to do it within history. Why wait for the eschaton?

For Marx, the engine of history was class warfare. For Seitz, 'racism' provides the fuel.

For Marx, the engine of history was class warfare. For Seitz, "racism" provides the fuel. Unfortunately, his brother bishops go along: "Most" whites are racists, and nobody else can be.

For Seitz, the "fact" of this supreme, original and irradicable sin gives him the right to spew a brand of hatred of his own, and to use it to stoke resentment, envy and distrust in the Hispanics whom he serves.

It is a shame that he perpetuates it instead of teaching a Gospel of healing and reconciliation to souls that need it so desperately. 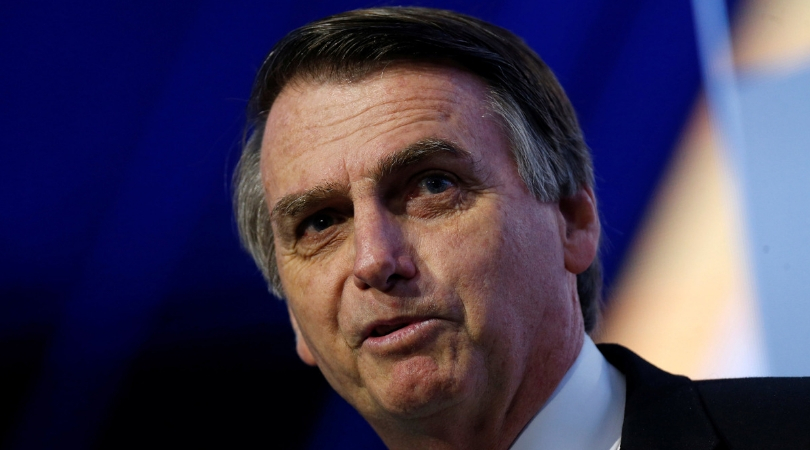