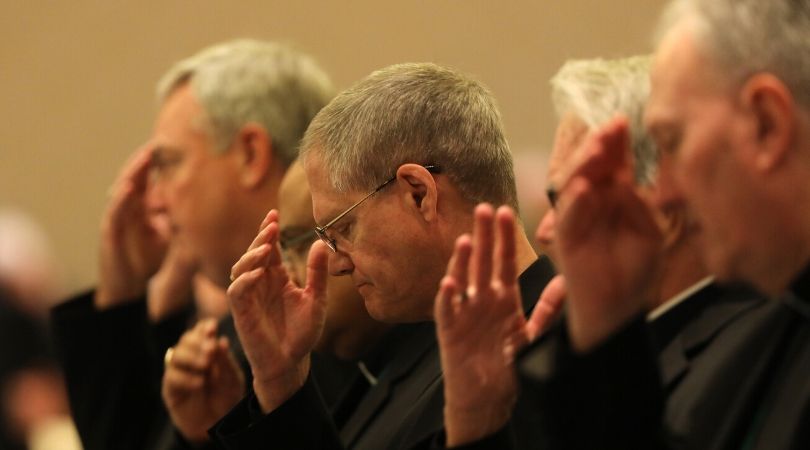 PROVIDENCE, R.I. (ChurchMilitant.com) - The U.S. Conference of Catholic Bishops (USCCB) is being sued for obtaining millions of dollars in charitable donations under false pretenses and privately investing that money into ventures such as luxury condominium developments and Hollywood movies.

Texas-based legal firm the Stanley Law Group filed a class-action lawsuit against the USCCB on Wednesday, alleging the organization fraudulently promotes Peter's Pence as a papal charity when recent reports show as little as 10% of donations are used for its stated purpose.

The lawsuit against the USCCB touches on two items the Catholic Church teaches are sins requiring restitution: stealing and lying.

"The purpose of the Peter's Pence Collection is to provide the Holy Father with the financial means to respond to those who are suffering as a result of war, oppression, natural disaster and disease," according to the USCCB website.

The law group is encouraging U.S. residents who donated to Peter's Pence from 2013–2019 and wish to join the suit to share their stories at "Join the Lawsuit."

"This is about transparency and accountability," Marc Stanley, the firm's lead attorney, told Church Militant.

"People work hard for their money and give from their heart; this is a real gift. That money being diverted is just wrong," he added.

The USCCB promotes Peter's Pence in many ways, such as offering diocesan and parish resources, social media kits and web ads.

Italian daily Corriere della Sera reported in December 2019 that $1.1 million from Peter's Pence was invested into producing the movie Rocketman, a story about homosexual singer Elton John's life that contains "the most explicit gay love scene since Brokeback Mountain in 2005."

L'Espresso reported in October 2019 that the Vatican spent $200 million from Peter's Pence towards the purchase of property on Sloane Avenue in London's Chelsea district where a former warehouse was converted into 50 luxury apartments.

Peter's Pence is collected on June 29, the Solemnity of Sts. Peter and Paul, or the Sunday nearest the Solemnity.

The lawsuit against the USCCB touches on two items the Catholic Church teaches are sins requiring restitution: stealing and lying.

Section 1293 of the Baltimore Catechism (1293) states: "All sins of cheating, defrauding or wronging others of their property; also all sins of borrowing or buying with the intention of never repaying are equivalent to stealing."

Section 2454 of the Catechism of the Catholic Church echoes this teaching, adding the necessity of restitution: "Every manner of taking and using another's property unjustly is contrary to the seventh commandment. The injustice committed requires reparation. Commutative justice requires the restitution of stolen goods."

The Baltimore Catechism, in section 1297, maintains: "A person may be guilty of dishonesty in getting money or goods by false pretenses and by using either for purposes for which they were not given."

The Catechism of the Catholic Church again adds, in section 2509, the necessity of reparation: "An offense committed against the truth requires reparation."

"[The] USCCB must come clean and give back the money it took from well-intentioned people who thought they were giving urgently-needed funds to help the destitute around the world," said Stanley.

In a March 2019 settlement, Stanley Law Group obtained $37 million as a refund for donors in a class-action lawsuit against Gospel for Asia that lasted three years.

The class-action lawsuit against the USCCB was filed in the United States District Court for the District of Rhode Island.

Church Militant reached out to the USCCB through different media multiple times for comment but received no response as of press time.