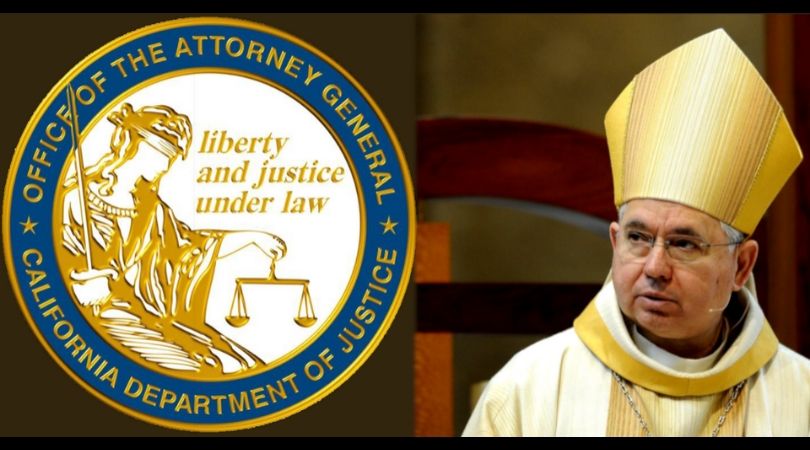 BALTIMORE (ChurchMilitant.com) - Mexican-born José Horacio Gómez, the archbishop of Los Angeles, became the first Latino president of the U.S. Conference of Catholic Bishops (USCCB) on Tuesday — as well as the first president of the USCCB to be elected while under state investigation for possible cover-up of sex abuse.

Mainstream and Catholic media headlines have spotlighted that the USCCB elected its first Latino president, but have glossed over Gómez's controversial history as a Catholic prelate.

The Los Angeles Times reported in May that California Attorney General Xavier Becerra wrote a letter to Gómez asking that his chancery preserve documents related to allegations of clergy sex abuse.

The archdiocese responded in a statement that addressed its cooperation with other investigations and reiterated its commitment to its Zero Tolerance policy:

The Archdiocese has also already cooperated with two state and one federal investigation and continues to fully cooperate with all civil authorities. Allegations of abuse involving minors whether by a member of the clergy or a layperson are reported to law enforcement, public announcements are made at the places where the person has served, and if found credible the person is permanently removed from any capacity according to the Archdiocese's Zero Tolerance policy.

Gómez's predecessor, Cdl. Roger Mahony, was involved in many cover-ups, including that of the infamous serial abuser priest Fr. Michael Stephen Baker.

Gómez removed Mahony from all administrative and public duties in January 2013 after releasing confidential Church files that prove Mahony deliberately hid the abuse of children from law enforcement.

In a statement following Mahony's removal, Gómez said: "Effective immediately, I have informed Cardinal Mahony that he will no longer have any administrative or public duties. Auxiliary Bishop Thomas Curry has also publicly apologized for his decisions while serving as Vicar for Clergy."

But one month later, Gómez released a statement announcing that Mahony was in good standing, without any further explanation of the reversal:

Gómez has also permitted the Los Angeles Religious Education Congress (LA REC) ― a four-day archdiocesan event and the largest annual gathering of Catholics in the United States (around 40,000 people) ― to continue without any opposition, in spite of the LA REC's dubious presentation of Catholic teaching.

Some people go to Tibet, Bali, or India for spiritual rejuvenation or enlightenment. Others take to the deserts in the Americas or the mountains in the Andes. I head to Orange County, California. For nearly a decade, I have joined thousands of other Catholics for a weekend of workshops, liturgies (I love hearing my favorite gospel singer!), and camaraderie. I call it visiting the Catholic planet.

Don't let the name fool you; you don't have to be a Catholic schoolteacher or catechist to take part or even a staunch Catholic. In fact, the LA Congress has conservative Catholic protesters every year taking issue with the multicultural liturgies and/or the messages of inclusiveness. I consider this one of the highlights of every year and I've made it a family tradition bringing along my mother and now my daughter.

A priest and former seminary professor who preferred to remain anonymous spoke to Church Militant about the USCCB's appointment of Gómez.

"As a priest for more than 20 years and a devout Roman Catholic for my entire life, I find it hard to stomach how the hierarchy of the Roman Catholic Church has been hijacked by interests far from interested in promoting the True Faith or Roman Catholicism," said the priest.

I find it hard to stomach how the hierarchy of the Roman Catholic Church has been hijacked by interests far from interested in promoting the True Faith or Roman Catholicism.

"Consider what played out yesterday with Gómez being 'elected' President of the USCCB," he added.

Father explained how he sees this election as a use of the Catholic Church as another globalist push:

This has nothing to do with whether a priest is from Mexico or Mars!

The United States of America has long since ceased to be a colony of a European nation. Additionally, at this period in time, the U.S. has long since ceased to be missionary territory. Why should the Holy See continue to treat the U.S. like a colony or missionary territory and appoint men who are not native born to govern the Church in their home country?

Again, this practice in the New World of selecting foreign-born bishops to govern native-born clergy in countries that were once colonies but are now sovereign entities all reeks of an imperialist Church who welds her power injudiciously!

But of course this does not apply to China. In China, the communist government has full say in the selection of their bishops! However, in the United States of America, we can have foreign-born bishops with no skin in the game govern the Church. The difference is that bishops born in a country have family and life-long friends to whom they are responsible and accountable and thus are less app to push open borders and liberal immigration policies … because their own families have a lot to lose!

This has nothing to do with Gómez being born in Mexico; it would be no different if he had been born in Spain, France or Ireland. This is about the Holy See using foreign-born bishops to control nations in which they govern ― TOTALLY govern ― Gómez' one allegiance is to Rome and the Francis papacy. In the U.S., he has no skin in the game, and his fierce push for immigration policies that challenge the sovereignty of the country show that.

This is all about control.

Gómez has set immigration reform in the United States as a top priority, leading to criticism that he's placed foreign interests over those of the United States by promoting amnesty and allowing illegal immigrants to remain in the country.

He talked to Catholic News Service on Tuesday about immigration reform while attending the USCCB's general assembly in Baltimore.

I have relatives and friends ... on both sides of the border. So, I think it's important for us to understand that we are all children of God. If we work together, we can find a solution for this reality and come up with a really clear, simple and good immigration system that can address the needs of the people on both sides.

Speaking of DACA, Gómez said: "Our nation made a promise to these 'Dreamers'" and "[w]e have a moral obligation. It is time for the president and Congress to honor that promise and live up to this obligation."

He called for immigration policies that "cut across party lines" and address the "failures" of leaders in Washington. 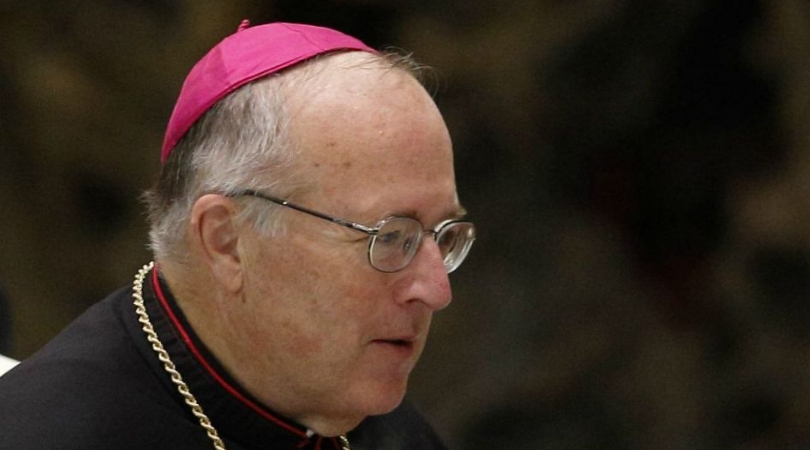