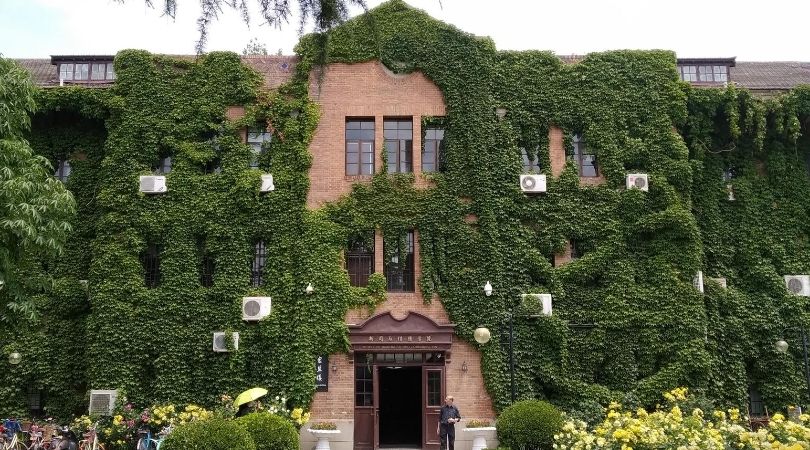 A 'long history of cooperation' with Chinese university

BEIJING (ChurchMilitant.com) - Big-name American corporate and media outlets are supporting a journalism school controlled by the Chinese Communist Party (CCP). The journalism school also happens to be the alma mater of the current Chinese president.

"With the support of founding sponsors Bank of America, Merrill Lynch, Bloomberg, Deloitte and the John S. and James L. Knight Foundation, the GBJ program is in its 12th year and counts 326 graduates from 60 countries," states the TSJC website. "The TSJC has a long history of cooperation with major international media and financial-information organizations such as Bloomberg, Thomson Reuters, BusinessWeek, The New York Times, Financial Times, CNN and others."

Detroit native Lee Miller, Bloomberg's editor-at-large, is a TSJC professor, and Leslie Wayne, a contributor to The New York Times, is a visiting fellow.

An article in The National Pulse notes a possible conflict of interest in outlets such as Bloomberg's coverage of China, considering Chinese President Xi Jinping's 2016 order that "Wherever the readers are, wherever the viewers are, that is where propaganda reports must extend their tentacles." The article further notes the collaboration is particularly egregious owing to reports of TSJC launching cyberattacks against the U.S. government.

The U.S. Department of State said in a 2019 brief that "Tsinghua University has a cyber group called the Blue Lotus Group, which is students." The brief notes the group's involvement in illegal data collection: "We've had millions of hits out at Tsinghua in cyber hits through Africa, the state of Alaska, against the Alaska government, multiple countries coming out of Tsinghua."

"So their cyber component is pretty aggressive in collection, and there's a clear connection between them and the state administration for technology and industry in discussions on what we can do to help the national security," concludes that portion of the brief.

The World and the Church

In a talk at conservative think tank Hudson Institute, FBI Director Christopher Wray recently said the "greatest long-term threat to our nation's information and intellectual property, and to our economic vitality, is the counterintelligence and economic espionage threat from China." He added later in the talk that "China doesn't hesitate to use smoke, mirrors and misdirection to influence Americans."

Michael Hichborn, president and founder of Lepanto Institute, connected the CCP's aggressive efforts to control to its treatment of the underground Church in China.

"The authentic Catholic Church in China, for example, stands against the CCP's forced abortions and contraception, so the CCP is doing whatever it can to destroy the Catholic Church," he told Church Militant last month. "On an international scale, the CCP will use the same brutality and zeal to dominate the world."

CCP cyberattacks have been launched on the Church. Since May, CCP computer hackers have been targeting the Hong Kong diocese in an attempt to steal sensitive data like account credentials or financial information.

The CCP has been ramping up its persecution of the underground Church, which is loyal to the Holy See and not the Chinese Patriotic Catholic Association (an arm of the CCP), since the secretive Vatican-China accord was reached in Sept. 2018.

The authentic Catholic Church in China, for example, stands against the CCP's forced abortions and contraception, so the CCP is doing whatever it can to destroy the Catholic Church.

"Before there was an agreement, there was a kind of compromise on many points; for example, the underground Church could have their church buildings and the underground priests, even in the cities, could say Masses for the faithful, even though the law is against that," Cdl. Joseph Zen, bishop emeritus of Hong Kong, told Church Militant last summer. "But the authorities, for a long time, never enforced those laws. Now, they enforce those laws. So it is a much harsher persecution after the agreement. It is terrible."

The Holy See is poised to renew the 2018 Vatican-China accord come September, according to reports.