US Bishops Condemn Trump for Spending on Border Enforcement

A letter from the USCCB signed by six bishops, including Cdl. Timothy Dolan of the archdiocese of New York, calls the budget "a moral document with profound implications for the common good of our nation and world."

It is addressed to the members of the U.S. Senate and House of Representatives, all of whom will discuss and vote on President Trump's budget proposal, which is pledging to save U.S. taxpayers $4.1 billion in 2018 and $3.6 trillion over the next ten years.

The U.S. bishops, however, are condemning $639 billion in discretionary spending to the Department of Defense (DOD) while applying steep cuts to the U.S. State Department, calling the move "a threat to the security of our nation and world." They continue, "The USCCB has repeatedly called for robust diplomatic efforts to end longstanding conflicts in a range of countries, including Syria and Iraq. It is hard to reconcile the need for diplomacy and political solutions with significant cuts to the State Department budget."

Budget narrative notes, however, the defense spending "is vital to rebuilding, modernizing and preparing our Armed Forces for the future so that our military remains the world's preeminent fighting force; and we can continue to ensure peace through strength," adding that it is also increasing funding to veterans who have been victims of budgetary battles.

The bishops, who have raked in billions of dollars of taxpayer money during the Obama administration over immigration, are calling spending increases to enforce standing immigration laws "profoundly troubling."

The USCCB has addressed letters to Congress, regarding the proposed budgets since 2013. For the most part, they have addressed funding services for the poor and have all proclaimed, "Our conference has long supported the goal of reducing future, unsustainable deficits that would harm all citizens, especially those who are poor."

None of the USCCB's letters to lawmakers, however, have addressed taxpayer money funding the murder of innocent unborn children by abortion, both in the United States and around the world, which reached its peak during the Obama administration.

In January, President Trump signed an executive order, stopping any U.S. taxpayer money from going to nongovernmental organizations in poor countries, which promote abortion. In April, he pulled all U.S. funds from the United Nations Population Fund, which finances coercive abortions and involuntary sterilization around the world. 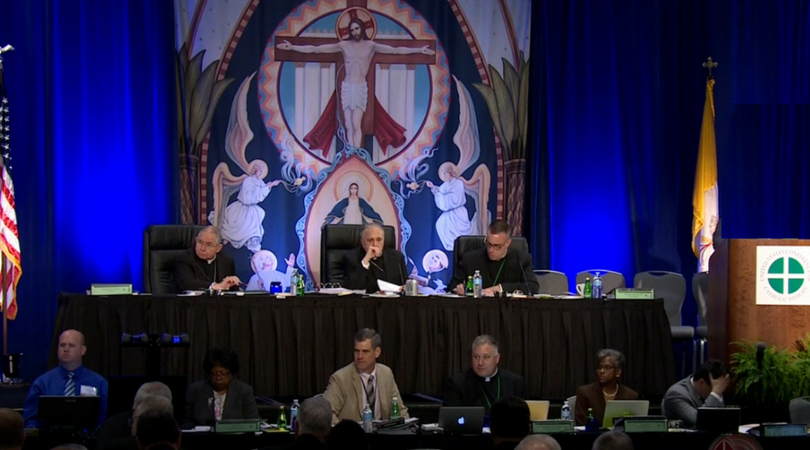