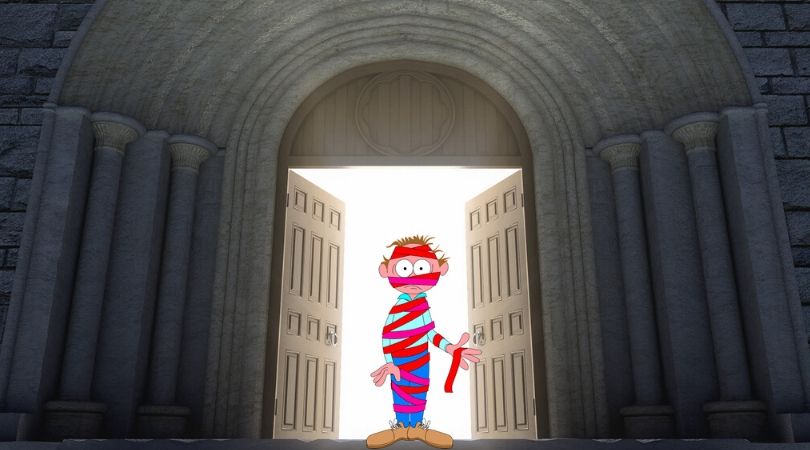 "A significant number of churches may remain closed as they are unable to meet the requirements for opening for individual prayer. Fulfilling these requirements is a precondition for any church opening after July 4 for the celebration of Mass with a congregation," the Catholic Bishops' Conference of England and Wales (CBCEW) announced.

"Communion must be given in the hand only, with the communicant standing," and when communicants "approach the priest, they should do so with arms at 'full stretch' so that there is a good distance between the priest and the communicant," the rules emphasize, forbidding communicants from kneeling or receiving Communion on the tongue, in clear defiance of Vatican law.

Bishop Philip Egan of Portsmouth diocese has broken ranks with the CBCEW, encouraging worshippers to receive Holy Communion in the hand, "but if they wish to receive Communion on the tongue they must receive last and be encouraged to avoid physical contact" by kneeling and opening their mouths, diocesan guidelines stated.

"Sounds like Bp. Egan is sick of being dictated to," Damian Thompson, associate editor of The Spectator tweeted, posting "full details" of the bishops' "control freakery."

Eminent epidemiologist Professor Paolo Gulisano told Church Militant that even World Health Organization reports indicated "potential risks related to the use of the mask, such as the risk of self-contamination."

"Forcibly imposed on adults and children, it also has a highly symbolic value: It is a totemic object of the 'New Pandemic Order.' It is also a gag that shuts our mouth to make us all subservient — a mask that is very reminiscent of a muzzle," the former professor of History of Medicine at the University of Milan-Bicocca remarked.

Why would you be more likely to catch or spread the virus through kneeling to receive Holy Communion, rather than standing?

Gulisano, author of Pandemie: Dalla peste al coronavirus (Pandemic: From the Plague to the Coronavirus) said that "signs at church's entrance would suffice to remind people that a person cannot attend Mass if you have a fever or persistent cough, that you must cough or sneeze only in the handkerchief or elbow and that you shouldn't shake hands in church."

"Otherwise, based on scientific evidence, the other current 'high biological risk' measures can be withdrawn," he stressed.

"Some of the measures are just baffling," a senior Catholic researcher from England told Church Militant. "Why would you be more likely to catch or spread the virus through kneeling to receive Holy Communion, rather than standing? Why are hymn books deemed to be so dangerous that they must be hidden from view, whilst anyone can go into Waterstones and touch as many books as they please?"

"Some of the measures are so practically difficult — involving so much red tape and so many volunteers, that some parishes will find it difficult — perhaps impossible — to operate," she confirmed.

"Three months after bishops closed churches, so many complicated and absurd regulations have now been dreamed up in negotiations between the bishops and the government over the restarting of public services, that one wonders whether anyone involved in the talks was fighting the Church's corner," she observed.

While churches in England can resume collective acts of worship from July 4, parishioners say they have already been overwhelmed by the protocol required for private prayer.

Charles Moore, former editor of The Spectator, described how the instructions issued to him as a steward at this local Catholic church in Sussex "ran for 12 pages and included national safeguarding advice with contact numbers for organizations such as Southall Black Sisters and the National Stalking Helpline."

The bishops' rules prohibit congregational singing at Mass and require all hymnbooks, missals and other published material "normally used by the congregation and not meant for single use" to be removed from the church.

The instructions also state: "Readers should be supplied with single-use gloves (which should also be worn before Mass when preparing the altar) and should avoid touching the microphones or the lectionary during the Liturgy of the Word, apart from page-turning."

Moreover, the regulations require the homily to be brief and the Prayer of the Faithful to be omitted to minimize the time people are in the building.

The offertory collection should be "consolidated into plastic bags, sealed, placed into a secure location and left for 72 hours before counting." Counters must wear gloves while counting the collection.

"All worshippers must wear brand new clothes, which are to be burned once the Mass is ended. Each person must carry a 5-liter drum of hand sanitizer, and wear a mask impregnated with plutonium, to kill viruses. No speaking is allowed: All lips must be sewn shut with steel wire," a Catholic tweeted, pouring scorn on the bishops.

"This is not about COVID. It's a power grab," Thompson responded, noting guidelines for funeral "are both creepy and illogical" as the funeral service is permitted but not if there is a Mass.

This is not about COVID. It's a power grab.

"Parish clergy livid, trust between bishops and their priests has been shattered," the presenter of the Holy Smoke podcast added.

Meanwhile, Catholics in Scotland launched a petition demanding the opening of churches for public worship. The petition declared:

We have received the very disappointing news that the Scottish government has decided that we can only return to Mass from July 23. It is difficult to understand why this is considering that from July 15 the public will be able to go to hairdressers, cinemas, museums and libraries, restaurants and pubs as long as physical distancing measures are in place. It is very disappointing that the practice of religion is placed somewhere below nonessential leisure and beauty activities."

Sources told Church Militant that bishops have now released a statement under pressure from Catholic petitioners lamenting the Scottish government's decision as "disappointing and perplexing."

The Catholic Bishops' Conference of Scotland commented: "The Church has continued to engage with government and the reopening of churches for personal prayer since Monday (June 22), [which] has allowed time to assess the procedures in place to assure public safety. With these considerations in mind, further delays to communal worship appear unjustified."

"The Bishops' Conference will convey these views to the Scottish government as a matter of urgency," spokesman Peter Kearney said.

"The real tragedy of this whole episode is that it is a story of missed opportunity. Throughout history, it has been through pandemics, plagues, times of crisis and trial, that people have turned to the Church for strength and succor," the English researcher told Church Militant.

"COVID-19 should have brought thousands to the Faith. Instead, the Church's message was summed up in a phrase used by Cdl. [Vincent] Nichols at the outset: 'Closing churches is the right thing to do to save lives,'" she lamented. "It seemed to be the very opposite of what Christianity is all about."