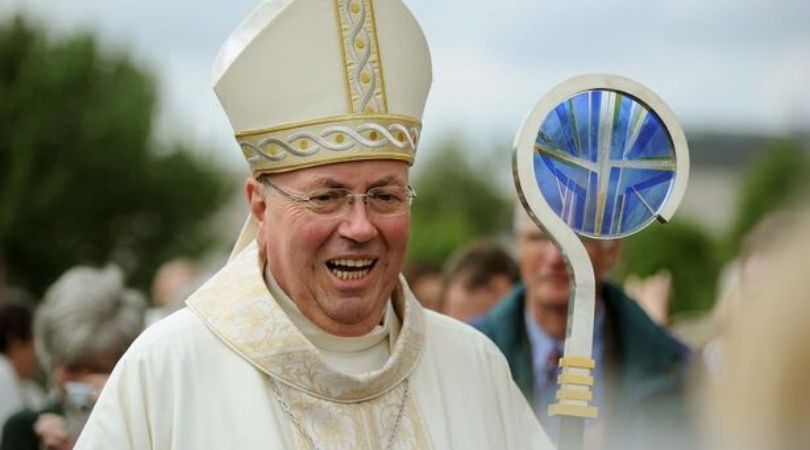 LIVERPOOL, U.K. (ChurchMilitant.com) - Catholic parents are outraged after discovering that a pro-LGBT+ education program, opposed by Muslim parents, is being used by Catholic primary schools after it was authorized by the archdiocese of Liverpool.

In its summer newsletter, the archdiocese's Department of Education endorses the "No Outsiders" curriculum, fiercely criticized for seeking to normalize homosexuality and transgenderism among children, as "still current and fine to use in school."

The archdiocese advises teachers and parents to conceal this information and use an alternative nomenclature for the sex education syllabus: "Given the current climate, it might be better not to post on social media and use the term 'All are Welcome' for the time being to avoid adverse publicity."

Open homosexual Andrew Moffat, author and promoter of "No Outsiders," candidly states in his introduction to the 87-page coursebook that children must be told that "to be a person who is gay or lesbian or transgender or bi-sexual is normal, acceptable and ok."

A Church Militant investigation found more than 10 Catholic primary schools in the Liverpool archdiocese using the syllabus that provoked Muslim parents into launching nationwide protests after they detected children being indoctrinated by "No Outsiders" at Parkfield Community School in Saltley, Birmingham.

It might be better not to post on social media and use the term 'All are Welcome' for the time being to avoid adverse publicity.

Sex historian Dr. Lisa Nolland, who has joined hands with Muslim parents in opposing the "queering of the classroom," called "No Outsiders" the "perfect LGBT Trojan Horse."

Speaking to Church Militant, Dr. Nolland explained how "it alters children's understanding of sex, marriage and even reality," noting:

When we teach "about" gay relationships, adult realities are foisted onto immature youngsters, damaging healthy psychosexual, moral and cognitive development. What madness is this? Catholic bishops ought to have done their homework before signing on to what is actually pure propaganda, and toxic to boot!

Catholic Education Service (CES) of England and Wales told Church Militant that they could not comment, "as it is a specific diocesan matter."

"The only curriculum the CES 'endorses' is our own model RSE curriculum which delivers RSE in line with Church teaching," a spokesperson said.

According to its website, CES's management committee is headed by the archbishop of Liverpool, Malcolm McMahon, whose diocese is promoting the disputed curriculum.

Church Militant found that CES had deleted from its website an inspection report for the archdiocese that noted that "Sex Education (RSE) [lessons] are planned, well taught and reflect Catholic teachings … beginning to embed Journey in Love and No Outsiders into lessons to support."

Anxious parents alerted Church Militant to the introduction of "No Outsiders" after children displayed signs of being influenced by the lessons.

A mother revealed, on condition of anonymity, how her five-year-old daughter came home "obsessing over kissing her female friend on the lips."

Another parent said her daughter started calling her "Mommy" instead of "Mummy" after the school introduced the textbook Mommy, Mama and Me, normalizing lesbian relationships and gay adoption by depicting "the gentle, nurturing relationship of a lesbian couple and their little one."

"This cartoon character is apparently an LGBT community (gay men's) heroic icon," the parents wrote in a letter of complaint to headteacher Mrs. J. Hindley.

All three children objected to being forced to participate in the sessions. "Given that the programming contains cross-dressing, LGBT parenting and other aspects that we have withdrawn our children from, is it anything other than 'grooming' which tramples upon parental wishes and principles of safeguarding?" Bratt and Rincon-Plata asked in their complaint.

"Our children are demonstrably being psychologically affected in a negative way by the materials, which we perceive to be child-sexualizing, they are being exposed to at school, but which we understand they are being forced to watch and engage with against their wishes and (their own, personal) verbal objections," Bratt told Church Militant.

The Catholic schools named, however, openly promote "No Outsiders" and have even been commended by the government's education authority for doing so.

"Their [St. Ambrose Catholic Primary School] work on 'No Outsiders' has had a massive impact in the school," states the inspection report of June 2019.

While noting that "all Relationship and Sex Education will be in accordance with the Church's moral teaching," Corpus Christi School says it uses "No Outsiders" as part of "our day-to-day interactions in school."

Saint Basil says it uses "No Outsiders" to teach children "equality and diversity."

Our Lady's Bishop Eton, like many other schools named, says the syllabus had been adopted "following guidance from our Archbishop and Archdiocese ... as it is concerned primarily with nurturing the human wholeness of our pupils."

Naming and displaying the textbook, Bishop Eton School insists that "the lessons are not one-off sessions, the ethos is part of our school," since "the programme delivers the objectives outlined in the Equality Act 2010 ... ."

Saint John Fisher School even publicizes the fact that its children have been focusing on a book called And Tango Makes Three — the story of two male penguins who start a same-sex family and successfully hatch baby Tango from a motherless penguin egg.

Our Lady and St. Philomena's declare on their Relationships and Sex Education page: "God loves us no matter what," as a rationale for adopting "No Outsiders" — which "has been recommended to us by the Liverpool Archdiocese to support our RSE curriculum."

The school quotes from "No Outsiders," which aims at children leaving "our school happy and excited about living in a community full of difference and diversity, whether that is through ethnicity, gender, ability, sexual orientation, gender identity, age or religion. Children must be excited about living in a diverse 21st century, and we want to keep it like that — not fight against it."

Children must be excited about living in a diverse 21st century.

In a detailed critique, the former BBC journalist demonstrated how gay author Andrew Moffat was pushing "textbook gender identity theory with gender being 'assigned' at birth."

Moffat "is using the cover of the Equality Act to teach what is his main interest, LGBT, and within that, gender identity."

The program advises teachers to search "gay animals in zoos" online to show their class, she noted.

The "No Outsiders" project began in September 2006 at the University of Sunderland, led by Dr. Elizabeth Atkinson and Dr. Renee DePalma, with a grant of £575,435.

"The danger of accusations of the corruption of innocent children … has led team members to make repeated claims that this project is not about sex or desire — and that it is therefore not about bodies. Yet, at a very significant level that is exactly what it is about," reads an excerpt from a blurb at a "No Outsiders" seminar delivered by Moffat at the University of Exeter.

In an email to bishops and in its newsletter, Catholic Truth has sounded an alert to the "very grave threat increasingly posed to young Catholics by the brazen promotion of homosexuality, transgenderism and the rest, in our schools."

Muslim parents are continuing to protest against the "No Outsiders" curriculum.

The archdiocese of Liverpool Dept. of Education did not respond to Church Militant's request for comment. 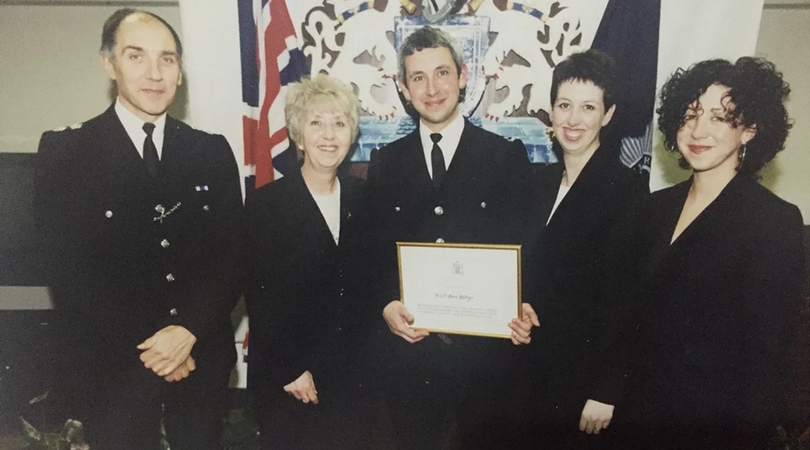