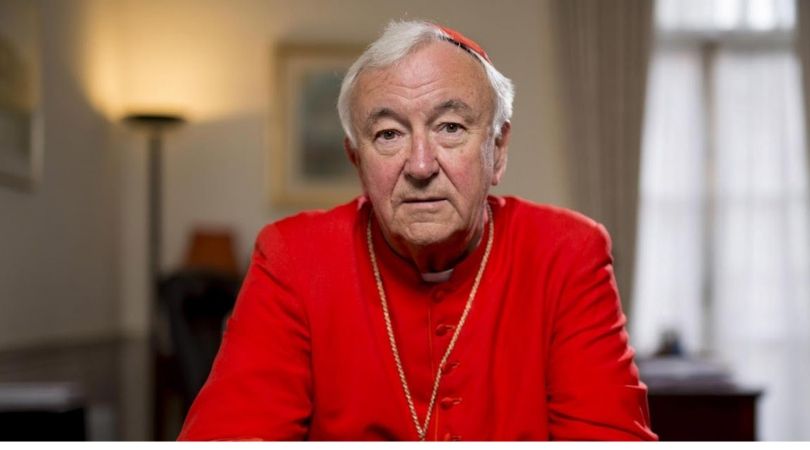 LONDON (ChurchMilitant.com) - A quasi-governmental inquiry has accused the archdiocese of Birmingham in the United Kingdom and Cdl. Vincent Nichols, its former archbishop, of protecting pedophile priests and allowing child sex abuse to continue in order to preserve its reputation.

Birmingham archdiocese, responsible for half a million Catholics, "repeatedly failed to alert the police when an allegation of child sex abuse was made," the report of the Independent Inquiry into Child Sexual Abuse (IICSA) released on Thursday found.

The report slammed the archdiocese for its "default position" of taking no action.

The report slammed the archdiocese for its "default position" of taking no action, moving the priest to another parish or sending the perpetrator for treatment and returning him to parish life with no supervision.

"The Archdiocese of Birmingham was reluctant to report matters of child sexual abuse to the authorities and remained more committed to protecting itself and dealing with matters internally than protecting the victims," the report stated.

"The plight of victims was ignored or swept under the carpet, allowing the perpetrators to carry on abusing, often for many years," it noted.

Cardinal Nichols, currently archbishop of Westminster and president of the Catholic Bishops Conference of England and Wales, was heavily criticized in the 65-page report for his response to sexual abuse claims when he headed Birmingham from 2002–2009, and particularly when those abuse claims were made widely known through a BBC documentary.

In 2003, the BBC broadcast an episode of the documentary Kenyon Confronts, titled "Secrets and Confessionsm," focusing on the extent of child sex abuse particularly within the archdiocese of Birmingham.

After the program was broadcast, Nichols issued a press release attacking the BBC for what he called the "insensitive" nature of the broadcast and for deliberately timing it to coincide with the eve of the silver jubilee of Pope John Paul II.

Nichols said the show confirmed "the suspicions of many, that within the BBC there is hostility towards the Catholic Church in this country."

He also objected to the way producers had approached and allegedly "harassed" priests within the archdiocese. When asked whether it might be thought that his main concern was the inconvenience to his priests and not a focus on the victims, he said, "I accept that perspective now and it wasn't my perspective at the time."

He also accepted that he did not, at the time, "acknowledge sufficiently" the fact that the broadcast gave "a platform to the voices of those who had been abused" and said he would not now issue a similar press release.

The report also criticized Cdl. Nichols for his attitude towards Criminal Records Bureau (CRB) checks, mandatory for clergy and volunteers working with children. Nichols had queried whether it was necessary for everyone that fell within the scope of the CRB regime to undergo a criminal background check and whether the confidential declaration form was excessive.

In the mid-1990s, the Birmingham archdiocese was the subject of numerous allegations of sex abuse perpetrated by its clergy. There were a number of criminal cases, some of which resulted in lengthy prison sentences.

More than 130 allegations of abuse were brought against 78 individuals associated with the archdiocese, one of the largest in the country. Thirteen people were convicted of serious offenses.

Professor Alexis Jay, chair of the inquiry, said, "I am truly shocked by the scale of child sexual abuse within the archdiocese of Birmingham. The number of perpetrators and abused children is likely to be far higher than the figures suggest."

The inquiry, which held six days of hearings last year into the archdiocese's handling of abuse claims, considered the cases of four priests, including Fr. John Tolkien, the son of the Lord of the Rings author J.R.R. Tolkien.

Despite two major inquiries into the Catholic Church's handling of sex abuse — the Nolan report in 2001 and the Cumberledge report in 2007 — there were "still significant gaps in the archdiocese's child safeguarding arrangements," the report added.

Richard Scorer, specialist abuse lawyer at Slater and Gordon, who acts for Catholic victims and survivors in IICSA, told Church Militant, "The report is rightly damning about past scandals in the Archdiocese. But the most alarming conclusion is that safeguarding in the Archdiocese of Birmingham is still beset by significant failings."

"This gives the lie to the idea that child protection in the Catholic Church has been transformed," he said.

"Major problems still persist, and we cannot be confident that the current leadership of the Catholic Church either in England or internationally is capable of addressing them," he continued. "We now need mandatory reporting and independent oversight of Church safeguarding — without that, children will remain at risk."

This case study also investigated the response of the archdiocese of Birmingham to abuse in the case of Samuel Penney, who was sentenced to seven and a half years imprisonment in 1993 for sexually abusing seven children who were members of the church where he was the parish priest.

Rather than conduct an investigation and assist victims, Vicar General Msgr. Daniel Leonard attempted to make arrangements for Penney to leave the United Kingdom and evade arrest.

In the case of serial child abuser James Robinson, the archdiocese's responses were characterized by a failure to act. Robinson was moved to another parish when a complaint was made and when subsequent complaints were made, the police were not informed and there was no internal investigation.

In May 1985, a victim confronted Robinson and recorded their conversation. The police and archdiocese were informed about the complaint, and Robinson fled to the United States.

Once he settled there, Msgr. Leonard suggested that Robinson was not a child abuser but someone against whom false allegations had been made. The archdiocese supported Robinson financially for the next seven years.

He was found guilty in 2010 of 21 child sex abuse offenses against four boys — some 40 years after complaints were first made to the Church.

In the case of Fr. Tolkien, the Church was aware of the risks posed but "failed to take appropriate action," the report said. Tolkien was never convicted of an offense but the archdiocese settled a civil claim brought by two survivors.

"The consequence of these failings cannot be overstated," the report states. "In some cases, the lack of action by the Church meant that the abuser was free to continue to commit acts of child sexual abuse."

The archdiocese has accepted that it "was responsible for a number of institutional failings which on occasions permitted the sexual abuse of children to continue when it might otherwise have been stopped."