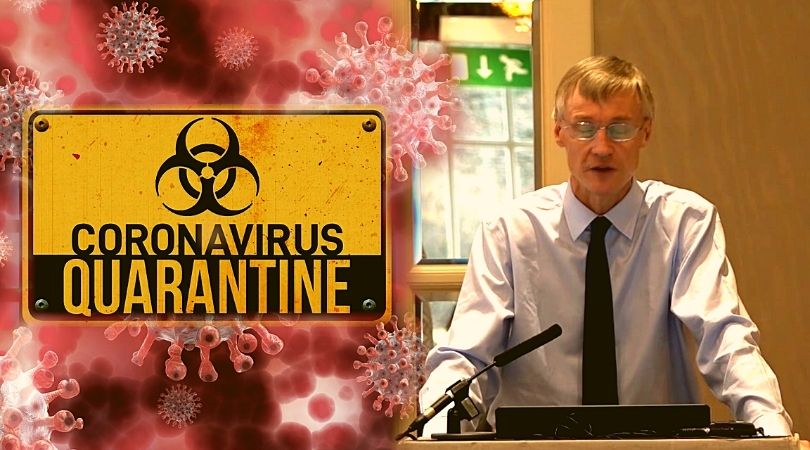 EDINBURGH, Scotland (ChurchMilitant.com) - A British scientist and government adviser is lamenting the pandemic-related lockdown, which he characterizes as a "monumental mistake on a global scale."

"I suspect right now more people are being harmed by the collateral effects of lockdown than by COVID-19," Mark Woolhouse said recently. Woolhouse is a professor of infectious disease epidemiology at Edinburgh University in Scotland and a member of the Scientific Pandemic Influenza Group on Behaviors that advises the government of the United Kingdom.

"I never want to see national lockdown again. It was always a temporary measure that simply delayed the stage of the epidemic we see now," Woolhouse said.

"It was never going to change anything fundamentally, however low we drove down the number of cases, and now we know more about the virus and how to track it we should not be in this position again," he added.

The scientist cautioned never to return to a place where children cannot attend school or play.

"I believe the harm lockdown is doing to our education, health care access and broader aspects of our economy and society will turn out to be at least as great as the harm done by COVID-19," Woolhouse posited.

I suspect right now more people are being harmed by the collateral effects of lockdown than by COVID-19.

"At the time I agreed with lockdown as a short-term emergency response because we couldn't think of anything better to do, but it was always clear that the moment we started to relax enough measures we were likely to see infection rates rise again either nationally or locally," said Woolhouse. "My hope was that we would have learned how to handle the virus better so lockdown would no longer be necessary."

"Using a torrent of water as an image, Ezekiel 47 describes how God will shower down upon His sons and daughters His Holy Spirit," explained one priest to Church Militant. "This torrent of graces from God has gone unchecked for the most part for the last 2,000 years until the Wuhan virus."

"Lamentably, Ezekiel did not prophesy upon a time when the hierarchy of the Roman Catholic Church itself would shutter its churches, halt the administration of the Church's sacraments and shut off God's deluge of graces upon the faithful," continued the priest, who requested anonymity.

On the eve of the Solemnity of St. Joseph (March 19, 2020) the final four states (Kentucky, Minnesota, Oklahoma and Texas) canceled their public Masses in the wake of the Wuhan virus. For the first time in American history, public Masses were officially shut down throughout the nation.

"By the shutdown of the churches worldwide and their continued closure in places like California," the priest explained, "the once-torrential deluge of grace upon the world has been reduced to a mere trickle, to the detriment and damnation of many."

"Think about it for a moment: The devoted man, after watching his YouTube Sunday Mass, makes a 'spiritual communion,' which is all well and good," he continued. "But the graces lost to him because he could not attend, in person, a Sunday Mass and receive the Lord in Holy Communion are immeasurable."

As a priest, I lament this worldwide closure of the churches.

Father went on to discuss how these measures not only affected the United States but the entire world.

"Think about the billions of Roman Catholics throughout the world who, because of the Wuhan-virus shutdown of the Roman Catholic Church, have lost the presence of God the Holy Spirit and the graces afforded them by the reception of Christ in the Most Blessed Sacrament," he said.

He explained that there are also negative consequences for not having access to the sacraments because of the strength they provide.

"The toll of people who have succumbed to temptation and serious sin because of this damnable shutdown is also immeasurable," he surmised. "As a priest, I lament this worldwide closure of the churches, and I pray for the souls of the prelates who orchestrated this work of the Devil."