The event took place in Walthamstow Town Centre in East London, police refusing to intervene despite repeated appeals from pro-lifers at the educational display.

In the escalating row over Member of Parliament Stella Creasy's imposition of abortion on Northern Ireland, a white male pro-abortionist called the group of pro-lifers "far right" and asked them to get out of his borough of Walthamstow.

"I think you are a far right-funded hate crime (sic) and you should leave our community and you're not welcome here,” the socialist said to the black women holding posters behind him. 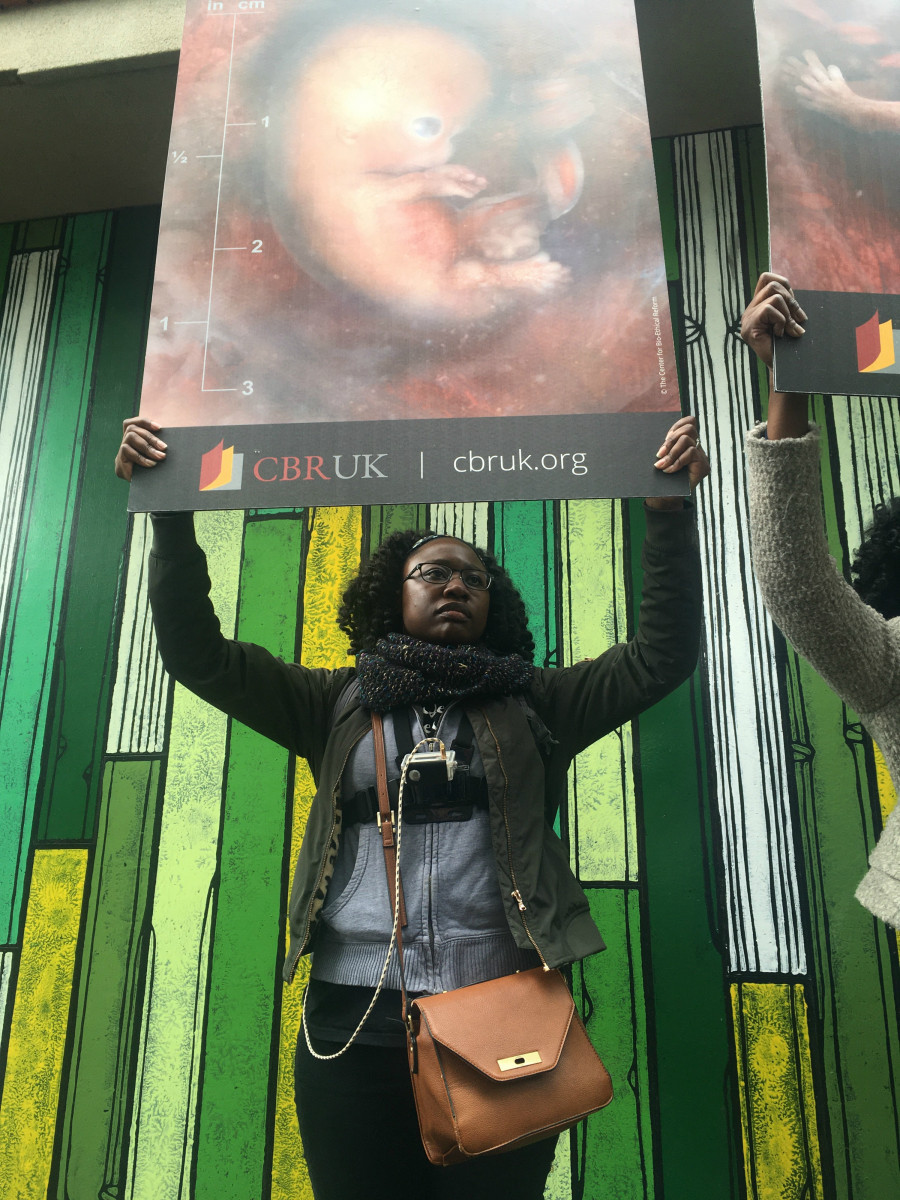 "You are whipping up hatred and division in this area on behalf of the far right," he added.

It is hard to imagine what ethical code pro-abortionists think they are upholding, when they seem to turn all morals inside out. They mis-called a black woman defending the pre-born "far-right," presumably on the grounds that anyone who does not share their views must be far right. And the Socialist Workers Party ignore the fact that socialism was responsible for the slaughter of over 100 million people.

Beulah Ibe, a black pro-lifer, stressed she was a local resident and felt harassed by the pro-aborts who were following and blocking her and denying her the right to freedom of speech.

"They are harassing me, they are intimidating me, and I live here," she continued, holding a poster of an eight-week-old living embryo. "You get this picture in science books. Unless you want to shut all the schools and you don’t teach any more biology, then you are not going to see it."

"You get this picture in science books," she added. "Unless you want to shut all the schools and you don't teach any more biology, then you are not going to see it."

Ruth Rawlins, spokesperson for the Centre for Bio-Ethical Reform UK (CBRUK), said, "People from Walthamstow are being told to leave Walthamstow." 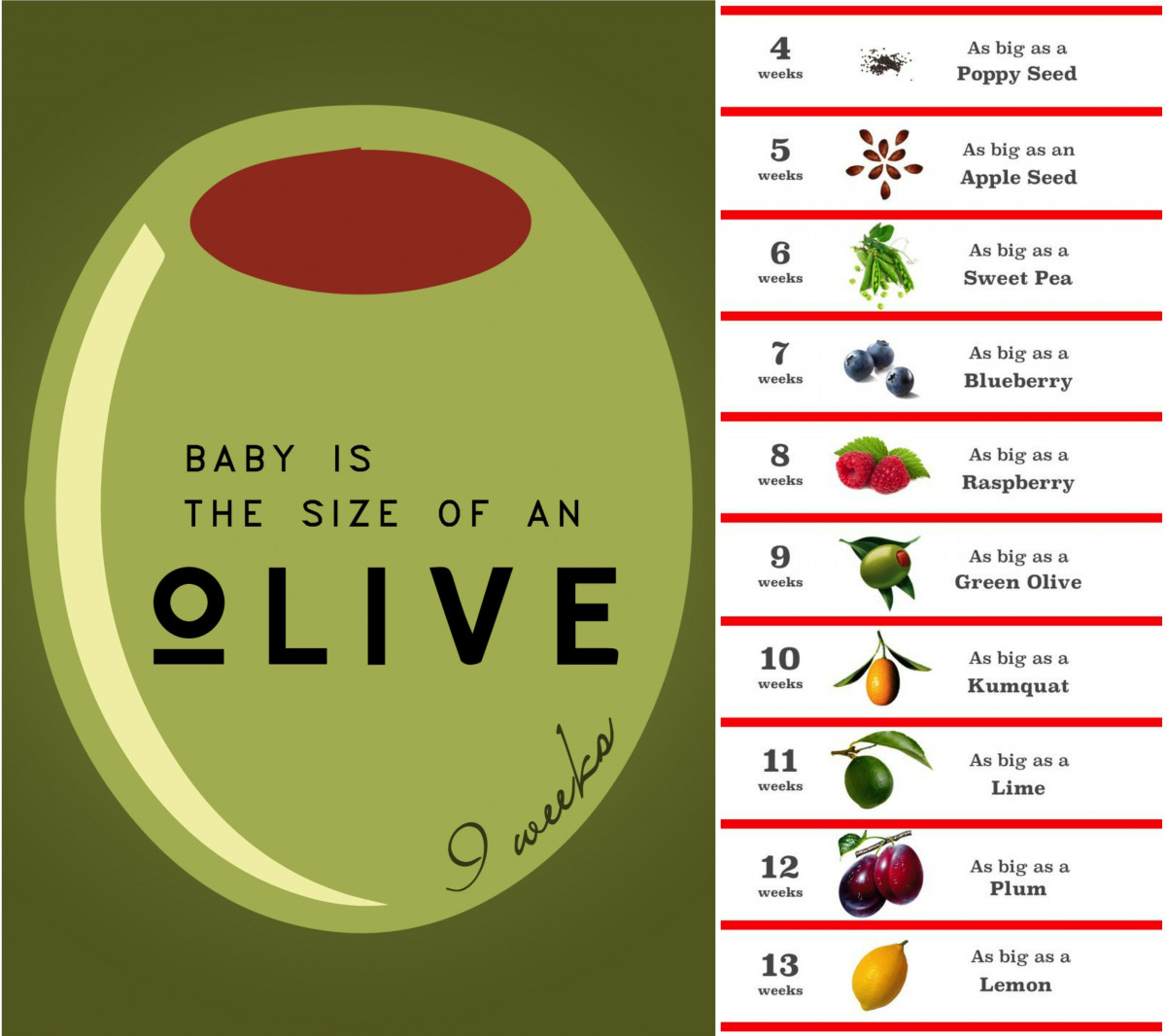 The pro-abortion protestors from the Socialist Workers Party (SWP), a radical Marxist organization, arrived on the scene not long after the pro-lifers from the CBRUK had set up their educational display.

The SWP group of eight white women and five white men formed a flank directly in front of three pro-life volunteers who were holding posters of unborn babies.

The socialists also brought out a large red banner with the words "Waltham Forest Trades Council: Unity is Strength," and used it to block the pro-lifers.

When human rights campaigner Aisling Goodison repeatedly appealed to the police and complained that the pro-lifers' right to free speech was being violated, the police officers on duty refused to intervene.

To avoid a clash, the pro-lifers holding posters moved to another part of the town center. However, the socialist workers followed them and repeated the blockade.

The police remained indifferent, even after the black pro-lifers complained and said they felt intimidated and harassed as they were forced to move seven times across the town center.

"So the police say they have no power to move the counterprotestors, yet in the past they have used some sort of power to take down or move us? How does that work then?" asked Ivana Forman from CBRUK.

We have walked backwards and forwards seven times trying to highlight that this is a total freedom of speech issue and that the police haven't been protecting our right to freedom of speech. Our volunteers made it very clear that these people were following them, that they were harassing them by following them up and down the street.

CBRUK volunteers also said that the space for their usual display had been blocked by a white van deliberately parked outside the NatWest bank.

The pro-abort socialists also kept shouting: "Not the church, not the state; women must decide their fate."

"Doesn't the state provide and pay for abortions? So much for keeping 'the state' out of it!" Sandra Ford commented on the Facebook livestream.

Challenging the pro-abortionists, atheist pro-lifer Lesley Dove said she came to a pro-life position not just from being an atheist, but also from her beliefs in veganism and animal rights.

As an atheist I don't have any belief in God or the afterlife so I believe you only live this once. All I know is that we get this one life so if you abort someone you take their choices and opportunities away from them. That seems like the greatest injustice of all especially when there's no absolute certainty of an afterlife or heaven. That makes it even more serious to take a life.

Meanwhile, MP Stella Creasy provoked a torrent of mockery on social media after she said that the image of a nine-week-old baby displayed on the CBRUK billboard was scientifically inaccurate.

"They've blown that up. A baby at nine weeks is like the size of a poppy seed. It's tiny!" Creasy said Friday on the BBC2 Politics Live program.

"I thought MPs had research assistants to help them avoid such foolish mistakes," saud Pauline Peachy of the CBRUK. "And yet it's hard to understand how she can be so unaware of the facts of life, given that she has a long-awaited baby in her womb, she must have seen the leaflets from the NHS, been given all the information on her baby's development like every other mother."

"Exactly. It's a tiny baby. And because it's tiny, should receive every possible level of protection," a commenter retorted on Creasy's Facebook page.

It's a tiny baby. And because it's tiny, should receive every possible level of protection.

"Her brain is less than the size of a poppy seed by the sound of it," Chris Mcdonagh jeered.

Alex Gyasi MBE, pastor of the Highway of Holiness Church, a Pentecostal church in Walthamstow who joined the pro-lifers, said the only reason for the pro-abortionists to block the images of the unborn babies was guilt.

On Thursday, pro-abortionists and officers from Waltham Forest Borough Council mobbed Christian Hacking, a disabled pro-lifer in a wheelchair, and ripped a banner from his hands before vandalizing it.

Planned Parenthood, the American abortion provider, was founded on racism and a belief in protecting society against "the unfit," a report in The Washington Times said. Planned Parenthood is largely the reason why black babies are aborted in America three times more often than white babies, and Hispanic pre-borns are killed 1.5 times more often than whites, it added.

"Seventy-eight percet of Planned Parenthood clinics are in minority communities," states the website BlackGenocide.org. "Blacks make up 12% of the population, but 35% of the abortions in America. Are we being targeted? Isn't that genocide?"