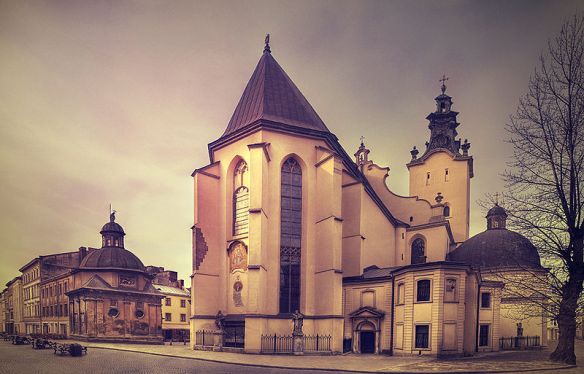 First episcopate to speak out against dangers of German synod

KIEV, Ukraine (ChurchMilitant.com) - While the Ukrainian government labors under the stigma of being one of the most corrupt countries in the world, the Ukrainian Catholic Church is standing tall and calling for fidelity to tradition.

In a letter issued recently to the German bishops, the Ukrainian Episcopate Commission for the Family called for "fidelity to Holy Scripture and Tradition of the Church" in response to the German synod calling for approval of contraception, homosexuality and women's ordination.

The commission led by Bps. Radosław Zmitrowicz and Jan Niemiec of the Kamenets Podilskyi diocese warned the German bishops that their path is harming the faith of believers both inside and outside Germany.

Although the changes in the German Church represent departure from previous Catholic teaching, they have so far been accepted without opposition from other bishops' conferences across the world — except that of the Ukrainian prelates.

Issued in the form of a "fraternal correction," the bishops emphasized that "LGBT circles are carrying out a mass ideological attack" and that LGBT activists are finding justification for their lifestyles in the positions of the German synodal bishops.

"Some of our faithful, who carry the burden of homosexuality and other wounds in the sexual sphere, upon learning about such statements of your Commission, feel helpless in their struggle to lead a chaste life," they said. "Marriages, objecting to the contraceptive mentality of this world and opening to the gift of life, experience deep doubts after reading your opinions about contraception."

They pointed out that Catholic faithful in Ukraine have experienced accusations from other Christians, in particular, Orthodox and Protestants, that the Catholic Church is departing from the revealed truth. The bishops laid blame at the feet of the German bishops: "They see your stance not as your own private teaching or even separate path of the Church in Germany but as the stance of the whole Catholic Church."

In an interview before the commission's letter was sent, Bp. Vitaliy Krywicki of the Kiev-Zhytomyr diocese said changes in the German Church in no case could be considered a norm and must be addressed.

"In our church, agreement is sought. If one episcopate says that he does not agree with the general teaching of the whole Church, then this problem should be resolved through talks and fraternal correction," Bp. Krywicki said.

In a statement  to wPolityce media, Bp. Zmitrovich emphasized that the German commission proposes a direction "which destroys human life," adding that such a direction "closes [its followers] to the love which was brought by Jesus Christ. Without this love, man cannot be happy."

It is important if we follow the way which leads people towards living out sexuality as a wonderful gift for a man and a woman to create an agape-caritas relation, which is also a sacrament, a communion of persons and a gift of new life.

Otherwise we are following a path of life in which man is subjected to the power of Eros, which means that he lives without Christ, lonely and under the power of his own ego and his own passion.

In 2019 Bp. Zmitrovich also spoke out against communist ideology when the government was proposing a bill [No. 0931] that curtailed the rights of Ukrainian citizens to free expression of their views and beliefs.

Bishop Krywicki said the changes in the German Church in no case could be considered a norm.

"Bill No. 0931 discriminates against all of us who believe in God. It is very sad that there is no respect for the believing citizens of Ukraine who are doing so much good in Ukrainian society," he said. "It is sad and strange that something like this is possible after a painful communist experience on our earth."

He warned that the bill represented "communism ... coming back in a new form," adding it posed threats to "society and family" and  "discriminate[d] against such a natural concept of marriage and sexuality for the Ukrainian people."

Bishop Zmitrovich continued: "LGBT groups are carrying out a massive ideological attack against our youth and children to corrupt them morally."

Ukraine's Latin Rite is closely identified with the nation's Polish minority. Its leadership remains in the hands of ethnic Poles, but over the past decade the percentage of native Ukrainians being appointed to its episcopate has increased. 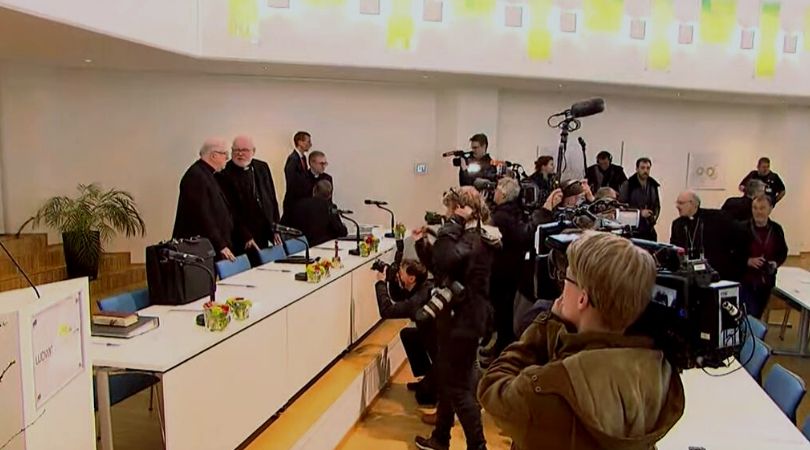