Undercover Pro-Life Advocates Getting Their Day in Court 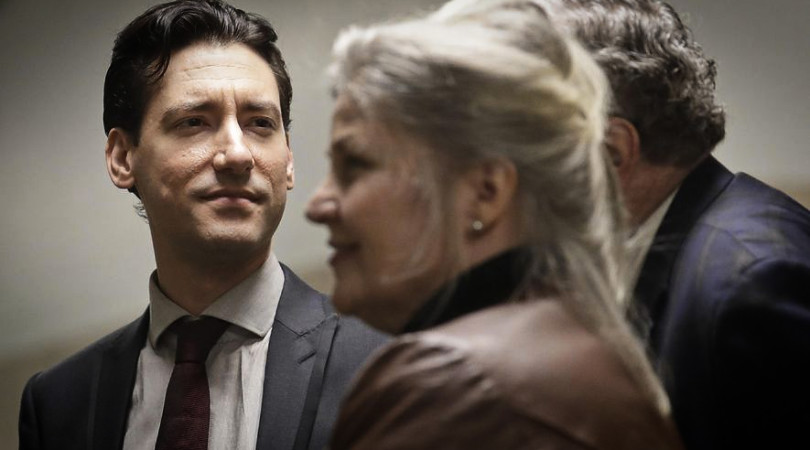 SAN FRANCISCO (ChurchMilitant.com) - Pro-life advocate David Daleiden, founder and project lead for the Center for Medical Progress, and fellow advocate Sandra Merritt have been in court since Tuesday, Sept. 3, to defend themselves against the abortion industry and the radically pro-abortion attorney general of California.

They're facing 15 felony charges from their 2015 undercover videos where they revealed Planned Parenthood (PP), the National Abortion Federation (NAF) and others were engaged in illegal trafficking of aborted baby parts.

StemExpress was a vendor at one of the events where Daleiden and Merritt gathered video, hosted by the NAF. On Tuesday, the NAF vice president denied knowing StemExpress trafficked in fetal body parts despite hosting the company as a major vendor at trade shows.

Initially, PP officials denied selling fetal organs for profit, saying they only donate the body parts to science at a patient's request and only charge for transportation. This week, however, an abortionist named "Doe 3" acknowledged that workers from a tissue procurement company visited her abortion mill in Fresno, California.

Another woman, identified only as "Doe 7," a non-physician who performed surgical abortions for PP, admitted she regularly provided fetal tissue but declined to specify if it was to StemExpress.

The videos led to separate investigations by the U.S. House and Senate, which concluded after a year-long investigation that Planned Parenthood and other organizations violated state and federal law by illegally profiting off aborted babies' body parts.

The final 418-page report by the U.S. House Select Investigative Panel on Infant Lives was released in January 2017 and a month earlier, the Senate Judiciary Committee released its own 550-page report declaring:

[C]ompanies have charged thousands of dollars for specimens removed from a single aborted fetus; they have claimed the fees they charged only recovered acceptable costs when they had not, in fact, conducted any analysis of their costs when setting the fees; and their post hoc accounting rationalizations invoked a bevy of indirect and tenuously related costs in an attempt to justify their fees.

Although President Donald Trump has been partially successful in defunding Planned Parenthood and several states have voted to cut funding to the abortion giant, nobody from the abortion industry has been charged for crimes.

He went on to add, "Planned Parenthood is a government-sponsored crime syndicate selling baby body parts like widgets on an assembly line and should only appear in federal court as a criminal defendant."