Like early Christians, Chinese Catholics must move in secret and meet in out-of-the-way places

Despite the signing of the Vatican-China Deal of 2018, the Chinese Communist Party (CCP)’s persecution of underground churches has intensified. Bitter Winter has received numerous reports of oppression and intimidation that show the hardships placed on believers by the government’s plan to “sinicize” religion and confirm that the CCP’s interpretation of the deal is simply that bishops and priests of the Underground Catholic Church should join the Chinese Patriotic Catholic Association (CPCA). Those who refuse are persecuted.

"They want us to surrender and pay allegiance to the government," said an underground priest in Tieling city in Liaoning Province. "That is absolutely out of the question. Our church is the place where we pray to God. It is not a government agency."

On December 10, officials from the county's Religious Affairs Bureau informed the underground church in Xintaizi town under Tieling's jurisdiction that it did not have an official permit, nor was the national flag displayed, so it was considered an illegal meeting venue. The officials demanded to clear out the crosses, holy statues, donation box and all other religious symbols and items from inside the church within the next three days. If the church continued to hold gatherings in private, those involved would be punished for violating the law. Shortly afterward, officials posted a "notice of closure in accordance with the law" on the church's exterior wall. On December 14, the church was sealed off by the local town government.

The following day, the police took the church's priest to the Religious Affairs Bureau. He was told that he is not a native of Tieling, making it illegal for him to preach in the area. They forced him to sign a guarantee that he will not preach here anymore, threatening him, "If you don’t sign it, we will arrest you right now!"

If you don’t sign it, we will arrest you right now!

On December 16, a senior government official came to the church for an inspection to ensure it had remained sealed. The official said that he would come back for another inspection in three months.

Although the church was closed, believers were unwilling to stop holding gatherings. They found a workshop outside the town to serve as a substitute chapel. To avoid being discovered, worshipers would set out at 5 a.m. for the gatherings and arranged for people to stand outside the workshop to keep watch.

Despite their efforts, the clandestine gatherings were eventually discovered. According to village officials, the authorities had already put the church and its members under surveillance.

More and more, underground Catholics are finding themselves spiritually homeless because their churches have been closed.

More and more, underground Catholics are finding themselves spiritually homeless because their churches have been closed.

In January 2019, officials from the Zhangjiakou Economic Development Zone in Hebei Province went door to door distributing flyers and used a loudspeaker to spread a simple message: Every church not approved by the government is considered an unauthorized meeting venue and must be closed down. The officials demanded that believers go to state-controlled churches to attend mass instead. Any priest who does not go to the relevant government department to apply for a license will not be eligible to preach or perform sacraments. If anyone gives shelter to priests and church members not following the law, a fine of 50,000 RMB ($7,400) will be imposed.

A local church member revealed the steps taken to ensure they could still attend mass. First, priests must change the venue for Mass frequently, sometimes celebrating under a bridge, or in very remote places. Second, church members are only informed of the specific location one hour prior to holding Mass. Therefore, some congregants are often unable to attend, such as elderly people who have limited mobility or those who did not receive the notice in time.

This source added that, because Mass is held in remote locations and the roads are uneven, some elderly believers have fallen in their rush to get to the meeting place. The room where Mass is held is a small and crowded space, leaving many worshipers standing outside in the cold.

As a substitute, some have set up shrines in their home. Even so, they were still unable to escape persecution. After learning that an elderly couple in their late seventies had set up a shrine, local officials forced them to remove it. Afterward, the police came to their home every few days to supervise and harass them.

On October 13, Father Su Guipeng of the diocese of Zhangjiakou was arrested and detained for two and a half months of forced indoctrination for refusing to join the CPCA. Following his release, he has remained under close surveillance and has been prohibited from celebrating Mass for believers. Many other priests in the same diocese have been subjected to similar restrictions, making it difficult for believers to attend regular Mass.

Another priest in the same diocese said that since the Vatican-China interim agreement was signed, the plight of the underground Catholic Church has become increasingly perilous. He believes that forcing underground churches to join the CPCA is more than an effort to "sinicize" Catholicism. In fact, it is aimed at controlling churches, decreasing their number and ultimately, eliminating them entirely.

International observers tend to agree. The editor of AsiaNews, Fr. Bernardo Cervellera, said in his intervention at the seminar "Religious Freedom in China" held at the European Parliament in Brussels, on January 23, 2019:

The government and the Chinese Communist Party are engaged in a real religious war to oust the God of Christians and replace Him with the god Xi Jinping. This implies a total submission to the Communist Party, a condition included in the new Regulations to nurture religion in China. In the name of Sinicization and subjugation, religions are distorted until they become simple instruments of support to the Party. 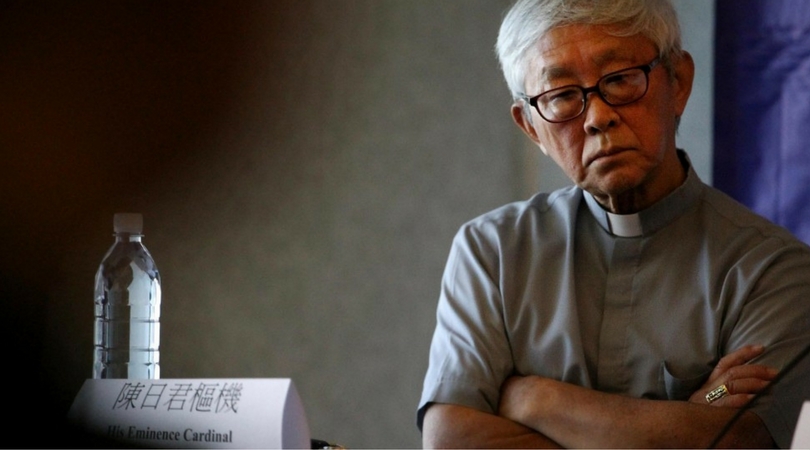