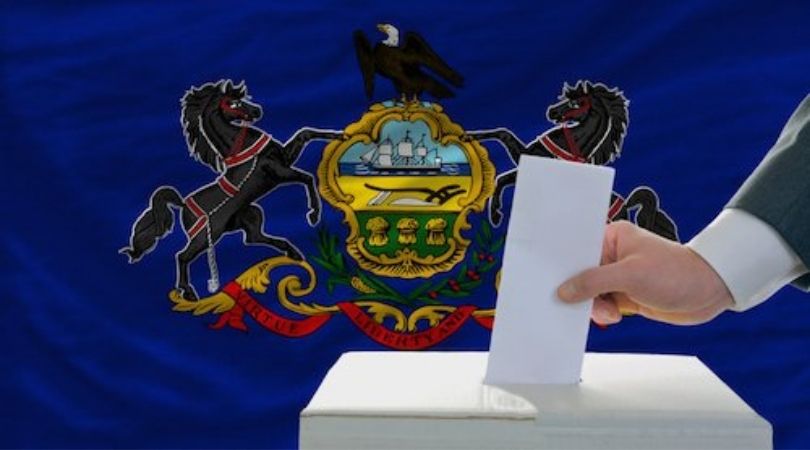 SCOTUS could rule in favor of Trump


A significant Pennsylvania case is on emergency appeal before the U.S. Supreme Court, and could be the key to reversing the state's votes for President Donald Trump.
Senator Ted Cruz issued a letter to the High Court Tuesday urging the justices to hear the case: "This appeal argues that Pennsylvania cannot change the rules in the middle of the game. If Pennsylvania wants to change how voting occurs, the state must follow the law to do so."

#SCOTUS should hear the emergency appeal on the Pennsylvania election challenge. pic.twitter.com/mzwr4eaHR8

Cruz is referring to Act 77, a state statute passed last year that expanded mail-in voting for essentially any reason.

These are the only reasons Pennsylvania allows mail-in voting, and any changes to Art. VII, Sec. 14 can only be made by amending this section of the state constitution. Amending the state constitution requires that state electors vote on the amendment — something that didn't happen here.
"Beginning with the Military Absentee Ballot Act of 1839, the Pennsylvania Supreme Court consistently rejected all attempts to expand absentee voting by statute," Kelly argues in his emergency petition, "uniformly holding that a constitutional amendment is required to expand absentee voting beyond the categories provided in the Pennsylvania Constitution."
Act 77 expanded mail-in voting by statute, illegally bypassing the amendment process and thus arguably disenfranchising the residents of Pennsylvania by denying the right of the electors to vote on the amendment, as required by law. This forms the heart of Mike Kelly and Sean Parnell's lawsuit, and it appears to be rock solid.
In a three-page order, the Pennsylvania Supreme Court refused to hear the case on the merits, instead dismissing it with prejudice based on the doctrine of laches.

"[T]he Pennsylvania Supreme Court dismissed the claim based on a legal doctrine called 'laches,'" writes Cruz in his letter, "which essentially means the plaintiffs waited too long to bring the challenge."

"But, the plaintiffs reasonably argue that the Pennsylvania Supreme Court has not applied that doctrine consistently and so they cannot selectively enforce it now," he adds.

According to cogent legal analysis in RedState, the state high court made three major errors in its dismissal of Kelly's case: (1) failure to review the evidence; (2) misapplying laches to a substantive constitutional challenge; and (3) ignoring precedent on laches that favors Kelly.

On the first point, as RedState notes, Pennsylvania Supreme Court precedent has acknowledged that the doctrine of laches is a "fact-intensive inquiry," meaning it requires the court to review the evidence before making a decision. In this case, the Pennsylvania Supreme Court never reviewed the evidence.
On point two, state court precedent holds that laches only applies to procedural, not substantive challenges. A case the state supreme court cited in its recent dismissal, Stilp v. Hafer, holds that "the doctrine may not be used to defeat a constitutional challenge to a statute." In other words, while laches can bar challenges to the procedure by which a statute was passed, it cannot be used to bar constitutional challenges to the substance of a statute — and in Kelly's current case, we have a constitutional challenge to the substance of Act 77.
And on the third point, another precedential case favors Kelly: Sprague v. Casey. The central reasoning underlying that case is "He who seeks equity must do equity."Sprague basically held that defendants could not cite laches to bar plaintiffs from challenging an election statute if the defendants themselves should have reasonably known that the statute was likely unlawful. In other words, knowledgeable defendants have just as much a duty to verify the legality of a statute as plaintiffs do.
"The state officials knew that putting the judgeships on the general election ballot was potentially a violation of state law, and they did not seek judicial sanction for their decision as they could have done," RedState summarizes. "Since they had not been diligent in seeking to defend their action, they could not — in equity — complain about the Plaintiff’s lack of diligence in seeking to challenge their action. 'He who seeks equity must do equity.'"
The same arguments apply in Kelly's lawsuit.
The governor and lawmakers knew Act 77 circumvented the constitutional amendment process, yet failed to seek judicial approval of the measure at the time. According to Sprague, the defendants in Kelly's case should not be able to use laches to bar Kelly from challenging the constitutionality of Act 77 if the defendants themselves neglected to timely verify the legality of their statute.
Another important point: The Pennsylvania Supreme Court parrots the language of the defendants in arguing that Kelly's claim "would result in the disenfranchisement of millions of Pennsylvania voters."
But the legality of the votes is precisely what is in question; there is no disenfranchisement of illegal votes. If millions of ballots were cast in violation of the Constitution, none of those votes would technically be disenfranchised because those votes never should have been allowed to be cast in the first place. Thus the Pennsylvania High Court engages in circular reasoning, assuming what it sets out to prove.
The Pennsylvania High Court engages in circular reasoning, assuming what it sets out to prove.
"The fact that there may be 2.3 million such invalid ballots is not the fault of the Plaintiffs bringing the Kelly complaint," Redstate notes. "By refusing to allow the case to be resolved on its merits, the Pennsylvania Supreme Court is likely violating Pennsylvania law by allowing invalid votes to be included in the final tally."

The Pennsylvania Supreme Court also placed Kelly in a "damned if you do, damned if you don't" situation, thus violating his right to due process under the U.S. Constitution.

Under state law, electors are prohibited from bringing a lawsuit challenging Act 77 based on lack of standing. They only gained standing once the election took place. But in gaining standing, they lost the ability to challenge the law based on lack of timeliness — making it therefore impossible for them ever to challenge Act 77.

"Thus, under controlling Pennsylvania law Petitioners were required to wait until after the election to gain standing," the petition argues. "And while Petitioners promptly brought this action after the Election — as soon as they reasonably could hire counsel and identify the constitutional infirmities of Act 77 — the court below disingenuously 'retreat[ed] behind the façade of the amorphous doctrine of laches in order to deny Petitioners their day in court."

Not only did the state supreme court dismiss with prejudice Kelly's complaint with regard to the 2020 elections, it also barred any relief for any and all future elections.

Chief Justice Saylor was sufficiently troubled that he wrote a separate opinion concurring and dissenting in part: "I find that the relevant substantive challenge raised by [Respondents] presents troublesome questions about the constitutional validity of the new mail-in voting scheme."

"Appellees raise a colorable challenge to the viability of this sort of limitation, which can result in effectively amending the Constitution via means other than those which the charter itself sanctions," Saylor noted.

The U.S. Supreme Court has several options available on how it handles the appeal.
Assuming it takes the case, the High Court could limit its ruling to the doctrine of laches, finding that the Pennsylvania Supreme Court incorrectly applied the doctrine. It could then remand the case back to the state court to rule on the merits — leading to the almost inevitable conclusion that Act 77 is unconstitutional. It would take serious legal gymnastics for the Pennsylvania High Court to rule Act 77 constitutional (considering the highly partisan make-up of the court, however, it would not necessarily be a surprise).
If the state court rules against Kelly on the merits, he could appeal the case once again to the U.S. Supreme Court, which would likely result in a 5–4 ruling that the Pennsylvania court overstepped its bounds and violated election law — a federal matter.
States' powers to enact congressional election laws derive from the U.S. Constitution's Elections Clause in Art. I, Sec. 4:

The Times, Places and Manner of holding Elections for Senators and Representatives, shall be prescribed in each State by the Legislature thereof; but the Congress may at any time by Law make or alter such Regulations, except as to the Places of chusing Senators.

States only have power to enact congressional election laws by virtue of this clause; they have no inherent authority to do so.
"When a state legislature violates its state constitution, purportedly in furtherance of its plenary authority to regulate federal elections and appoint electors, it also violates the U.S. Constitution," Kelly argues, sufficing to give the U.S. Supreme Court jurisdiction over the case.

I'm not sure this is true. A State SC cannot interpret the State's Constitution in such a way that constitutes a violation of a federal right, and then expect the SCOTUS to defer. https://t.co/bEFlrye5zb

In this case, the High Court would in all likelihood find that Act 77 violates the Pennsylvania State Constitution, resulting in not only invalidating the law but potentially invalidating millions of absentee ballots cast in this year's election — leading to a Trump win in Pennsylvania. It remains to be seen, however, whether the High Court would allow such relief, as it could be argued that, even if Act 77 were unconstitutional, the fact that millions of state residents relied in good faith on the mail-in voting scheme to cast their ballots this year forecloses the possibility of invalidating their votes.

The four reliably conservative justices on the Court — Clarence Thomas, Samuel Alito, Neil Gorsuch and Brett Kavanaugh — have already publicly indicated they believe the Pennsylvania Supreme Court overstepped its bounds in another election case involving extending the mail-in ballot deadline. There is little reason to think they would not hold the same opinion in this case were the emergency petition to be accepted. Nor is there reason to believe newly confirmed Justice Amy Coney Barrett would not join them, leading to a 5–4 ruling in Kelly's favor.