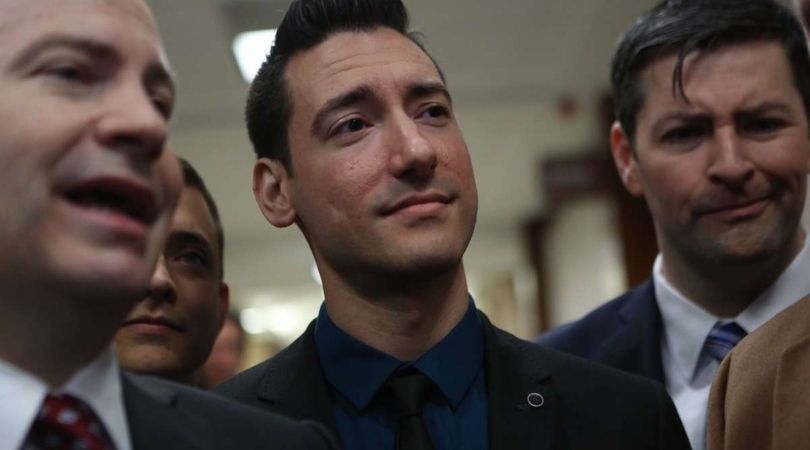 CHICAGO (ChurchMilitant.com) - Numerous organizations are siding with a pro-life leader, an attorney has told Church Militant.

Pro-life attorney Tom Brejcha said unexpected allies have once again aided him in his counseling of David Daleiden, the pro-life investigative journalist who is in legal jeopardy for exposing the baby-parts business of Planned Parenthood. In contrast, professional journalist associations have been disappointingly quiet over a federal court's infringement of the First Amendment.

Brejcha, the subject of a new video documentary, credited People for the Ethical Treatment of Animals (PETA) as an example of the "strange bedfellows" that have filed friend-of-the-court briefs in favor of Daleiden. The case could have major implications for undercover journalism and freedom of speech.

In a press release, TMS asserted that there is widespread concern over the constitutional principles implicated in the decision by Judge William H. Orrick III of the U.S. district court in San Francisco to levy $16 million in attorney fees against Daleiden in December 2020 for secretly recording abortion providers. Brejcha told Church Militant that Daleiden was merely engaging in the time-honored practice of undercover reporting. Brejcha said that Obama-appointee Orrick's ruling revealed how "biased and one-sided he was for using a sledgehammer to kill a gnat." TMS has argued that going undercover is standard practice for journalists, while a collective filing of 20 state attorneys general argues that Daleiden's exposé contains "no evidence of actual criminal wrongdoing."

TMS senior counsel Peter Breen has stated: "There are myriad reasons to reverse this civil judgment, including that Planned Parenthood admitted in court that Mr. Daleiden's videos were authentic. However, we were forbidden any defense based on the truth of what Daleiden's investigation uncovered. The filing of the attorneys general addresses that issue head-on."

There are myriad reasons to reverse this civil judgment, including that Planned Parenthood admitted in court that Mr. Daleiden's videos were authentic.

According to Breen, Vice President Kamala Harris (a former California state attorney general) and current state attorney general Xavier Becerra "should have gone after Planned Parenthood for their illegal and unconsented sale of aborted children's body parts, rather than after David Daleiden for uncovering these gruesome practices." He added that the duo acted in "bad faith."

Brejcha led the decades-long defense of the late pro-life icon Joseph Scheidler, who faced the well-funded, pro-abortion National Organization of Women (NOW), which filed a class-action suit on behalf of all abortion providers. "Planned Parenthood was surely behind them," Brejcha told Church Militant. Scheidler, who founded the Pro-Life Action League, was accused of violating federal antitrust laws by advocating for the lives of unborn babies. Abortion proponents would also resort to the Racketeering Influenced and Corrupt Organizations (RICO) Act to squelch Scheidler's free speech and non-violent sidewalk protests. Scheidler was a co-founder of TMS, which Brejcha described as a "Catholic/Christian version of the American Civil Liberties Union [ACLU]."

Brejcha told Church Militant that this is not the first time that unheralded support came from sectors not otherwise linked to the pro-life cause. In the interview, Brejcha recalled that, in 2002, he had a breakthrough before the Supreme Court, which was examining whether RICO applied to Scheidler's crusade and whether pro-life protesters' conduct was criminal. Justice Ruth Bader Ginsburg (oft celebrated by feminists), while noting the "hefty civil liabilities" protesters could incur, asked Solicitor General Ted Olson, "Do you agree that your interpretation would have been applicable to the civil rights sit-ins?" Olson answered, "Under some circumstances, it could have, if illegal force or threats were used to prevent a business from operating."

Brejcha told Church Militant that Ginsburg's question was a welcome surprise that underscored the threat posed to free speech and dissent. Olson served under President George W. Bush, prompting Brejcha to say, "Olson argued against us on the guts of the case," and asked rhetorically, "That's great Republican support, right?" Other allies in defending Scheidler were liberal civil rights activist Ramsey Clark (who served as attorney general under President Lyndon Johnson), attorney Jay Sekulow of the American Center for Law and Justice and PETA.

In a press statement, TMS senior counsel Peter Breen said that among the reasons why Orrick's ruling should be reversed is that Planned Parenthood admitted in court that Daleiden's videos were authentic. He said that TMS attorneys were "forbidden any defense based on the truth of what Daleiden's investigation uncovered." The friend-of-court filings from 20 attorneys general address the issue, arguing that Daleiden's report on crime led to investigations by Congress, as well as state and local authorities. It was also the impetus for the approval of new state laws. Such developments confirm the wrongdoing of Planned Parenthood and its partners in selling fetal tissue, according to TMS. Project Veritas, which has released a series of undercover videos that have unmasked leftists and legacy media bias, also filed a brief in Daleiden's favor.

Brejcha said that Daleiden's work was "undercover reporting, and that's part of American history." He recalled that the liberal Los Angeles Times ran an editorial deeming Judge Orrick's finding against Daleiden an "overreach." According to the editorial, "It's disturbingly aggressive for [California state attorney general Xavier Becerra] to apply this criminal statute to people who were trying to influence a contested issue of public policy, regardless of how sound or popular that policy may be."

Planned Parenthood admitted in court that Daleiden's videos were authentic.

Lamenting how many civil rights organizations advocate solely for the rights of narrowly defined groups rather than the rights of all, Brejcha decried the Reporters Committee for Freedom of the Press, which expressed concern over the RICO suit against non-journalist Scheidler in 1994, but has been silent about investigative journalist Daleiden. For its part, a brief by the Free Speech Scholars and Animal Advocacy Organizations (representing Animal Outlook, PETA, Mercy For Animals and the Government Accountability Project) asserted an "interest in preserving robust constitutional protections for speech (and the precursors of speech) and for those who gather news and report on matters of public concern."

Pro-life Americans United for Life and Live Action also questioned the federal court's violation of Daleiden's constitutional rights and addressed "abortion exceptionalism," which TMS defines as the "unconstitutional idea that the abortion industry deserves some sort of special treatment under the law." Project Veritas and Judicial Watch, both of which seek to expose government misconduct, argued in their briefs that the court had unconstitutionally applied compensatory damages in the case.

The video documentary Fighting for Life: The Story of NOW v. Scheidler, hosted by pro-life advocate Abby Johnson (who once managed a Planned Parenthood abortuary), chronicles Scheidler's and Brejcha's tireless pro-life advocacy. Johnson said of Scheidler and Brejcha, "Due to the dedication of a select few, we have the rights needed to be present in the fight today." The video includes interviews with Scheidler and his wife, Ann, as well as Brejcha and his wife, Debbie. Each recounts his role in the early days of the pro-life movement and a court battle that appeared to be stacked against them. 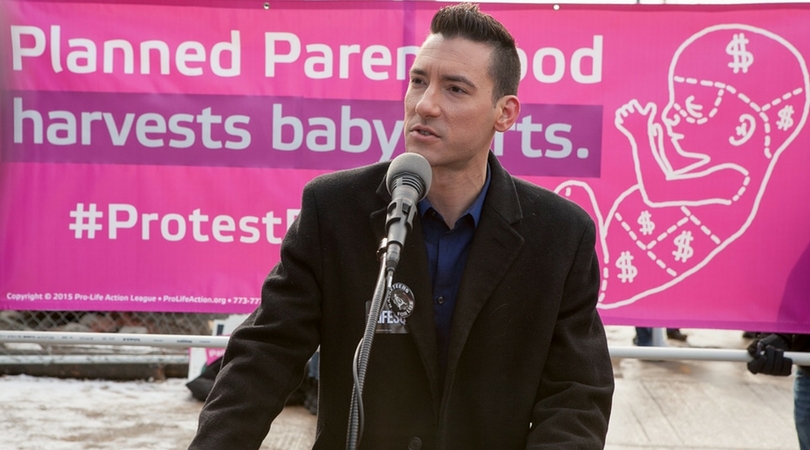