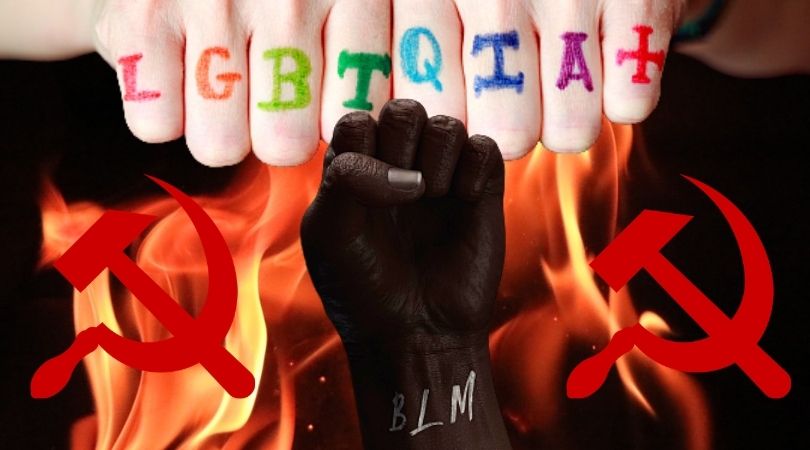 Is unity with Marxist ideology possible?

The Marxist invasion of the United States happened when Joe Biden was declared president. After the made-for-TV inauguration ceremony happened on Jan. 20, Marxists took control of the executive branch of the government.

After the inauguration, Biden called for unity, declaring, "With the campaign over, it's time to put the anger and the harsh rhetoric behind us and come together as a nation." He went on to affirm, "It's time for America to unite — and to heal."

Biden claimed, "While I'll be a Democratic candidate, I will be an American president." He even promised, "I'll work hard for those who didn't support me. ... That's the job of a president — to represent all of us, not just our base or our party."

But what he said and what he did were two different things. Biden went on to pack the White House with radical leftists, and the United States is quickly descending into Marxist chaos.

Religious liberty is on the chopping block because the LGBT ideologues won't permit anyone to dissent from their demonic gospel, especially those adhering to Catholic doctrine.

The FBI is still actively searching for conservatives who protested in Washington, D.C. in January, labeling them as seditionists, domestic terrorists and extremists. Meanwhile, Antifa activists have attacked federal officers while burning and destroying federal property. When Marxists do it, it's "justified" though.

The LGBT ideologues won't permit anyone to dissent from their demonic gospel, especially those adhering to Catholic doctrine.

And now, the swamp is seeking to make its victory complete by packing the last governmental branch it doesn't completely control — the U.S. Supreme Court. Even though President Trump's three high-court appointees have been fairly disappointing, the Democrats are moving at lightning speed to make sure their influence is nullified.

Despite stealing the 2020 presidential election, Democrats like Michigan's Rashida Tlaib are claiming that "Republicans damaged the Supreme Court and stole the majority." Tlaib opined, "It's time to expand the court to ensure we restore power to the people and bring justice to the people."

In reality, there is no true unity with demonic Marxists, only capitulation — and that's exactly what they want.

Learn more by watching The Download — Unite With Us.