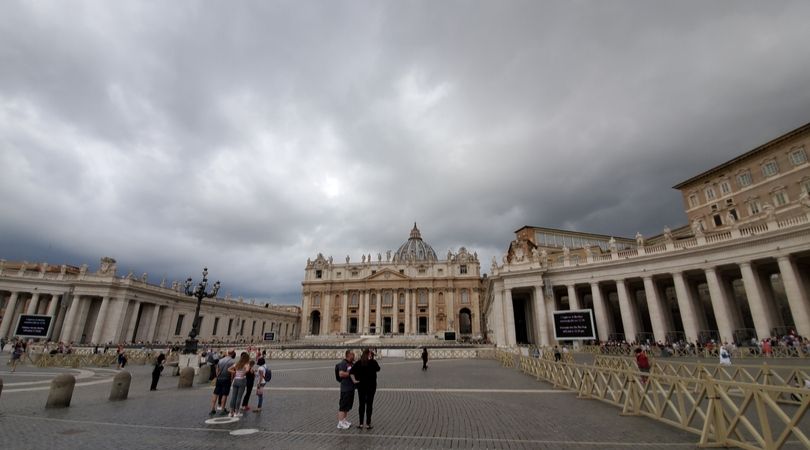 Secretariat of State sank hundreds of millions towards speculative investments

Documents obtained by Italian journal L'Espresso offer more details into the Oct. 1 Vatican raid of the Secretariat of State and the Financial Intelligence Authority seeking information about the alleged misappropriation of hundreds of millions of dollars taken from Peter's Pence, the pope's charitable fund for the poor.

The newly obtained documents include the complaints filed by the Institute of Religious Works (the Vatican Bank), as well as files on the London real estate transaction at the heart of the scandal, and the 16-page search decree from the Vatican prosecutor's office.

Gian Piero Milano, the Vatican's chief prosecutor, is quoted as saying their investigation has identified "serious indications of embezzlement, fraud, abuse of office, money laundering and self-laundering" with regard to the conduct of curial officials.

Alessandro Cassinis Righini, of the Vatican's Office of the Auditor General, said the scandal involves "very serious crimes such as embezzlement, corruption and abetting."

Domenico Giani, former head of the Vatican's national police force, helped carry out the raid, seizing files and equipment from both offices. Giani abruptly stepped down this week, after more than 20 years of service, after a confidential memo about the raid was leaked on Oct. 2.

According to a Vatican source, Giani's was a forced resignation, "Parolin's way of getting the head of Giani" as payback for the raid.

"Parolin and his substitute Abp. Edgar Peña Parra were very embarrassed by the raid conducted by the Gendarmerie," says the source. "Giani's head was more than payback, it was a warning to any others who would continue to probe in the future."

At the heart of the scandal is the alleged misappropriation of $200 million from Peter's Pence towards the purchase of an upscale property on Sloane Avenue in London's Chelsea district, a 56,000-square-foot former warehouse converted into 50 luxury apartments.

The Daily Beast claims the apartments were used by clergy for immoral sexual purposes — a claim Church Militant has not been able to verify.

Another $250 million from Peter's Pence appears to have been spent on fraudulent legal firms established to cover the purchase of the London property.

The leaked documents reveal that the money used to purchase the Chelsea property had originally been invested in Falcon Oil, whose oil platform is located on the coast of Angola.

With the permission of Cdl. Tarcisio Bertone, former Secretary of State, and his deputy Cdl. Angelo Becciu (nuncio in Angola at the time), the Vatican sank $250 million into purchasing a 5% share in Falcon Oil.

After concerns about the volatility of their investment, the Secretariat of State was encouraged to sell its shares and instead invest in the London property, hoping the building's renovation into luxury flats that could be sold would double its value and give the Vatican twice the returns.

According to the documents, the Secretariat of State, headed by Cdl. Pietro Parolin, with the help of his deputy Abp. Peña Parra, owns and manages funds to the tune of about $715 million "deriving in large part from donations received by the Holy Father for charitable works [Peter's Pence] and for the sustenance of the Roman Curia."

The Vatican apparently invests in a number of speculative offshore operations, using Credit Suisse bank, "in whose Swiss and Italian branches the Vatican is paid up to about 77% of the assets managed." Credit Suisse got 8% of the cut owing to fees.

The Vatican investigation began earlier this summer after Peña Parra issued an urgent request to the Vatican Bank on June 4 asking for 150 million euros for unspecified "institutional reasons."

The bank refused the request, the bank director, Gian Franco Mammì, instead launching a preliminary investigation. It would be revealed that the 150 million-euro request was meant to be used to pay off the loan on the Sloane Avenue property, as Peña Parra wanted to purchase the building outright.

Mammì filed a formal complaint on July 2, and Pope Francis agreed on July 5 to have the Vatican prosecutor's office officially launch an investigation.


As a result of the investigation so far, in addition to Giani's resignation, five Vatican employees have been suspended, including Tommaso Di Ruzza, director of the Financial Intelligence Authority (an anti-laundering body set up under Pope Benedict XVI), accused "of having neglected the anomalies of the [London] operation."

Peña Parra, who replaced Becciu as deputy Secretary of State last year, comes with a long string of homosexual scandals, including documents in the Vatican's possession signed by the rector of Venezuela's Maracaibo seminary confirming Parra seduced two seminarians in 1990.

Parra is also allegedly linked to the deaths of two men found on the island of San Carlos in Lake Maracaibo. According to Abp. Carlo Maria Viganò, "[T]he two corpses were found naked, with evidence of macabre homosexual lewd encounters."

In spite of a 25-page dossier submitted to the Vatican detailing these and other alleged crimes — allegations whose existence has never been denied by the Holy See — Pope Francis has promoted Parra to the role he continues to maintain.