A week and a half ago, The Lepanto Institute published an article illustrating the rampant promotion of homosexuality and transgenderism by an organization called the Ignatian Solidarity Network (ISN).

The U.S. Conference of Catholic Bishops' (USCCB) anti-poverty program, the Catholic Campaign for Human Development (CCHD), is providing a strategic grant of $750,000 to ISN over the next three years.

A supporter of The Lepanto Institute contacted the USCCB to ask why the CCHD is providing three-quarters of a million dollars to an organization so steeped in the promotion of grave sin and depravity.

Carroll fails to mention that another prominent Jesuit has worked very closely with ISN, and that is the notorious Fr. James Martin, S.J.

Alexandra Carroll, the USCCB's communications manager for social mission, responded by claiming that ISN had not violated Catholic teaching and in fact asserted that ISN's pro-LGBT conferences to high school children and young adults conformed with the Catechism's admonition that "every sign of unjust discrimination in their regard should be avoided" (Catechism 2358).

Carroll's response, which is provided in full at the end of this article, begins with an attempt to provide credentials that would indicate the merits of the organization itself. For instance, Carroll says: "ISN has been working … in partnership with the Society of Jesus as well as the larger Church — including the U.S. Conference of Catholic Bishops through their core membership with the Justice for Immigrants Campaign, as well as Church leaders like Bishop Gorge Murry, SJ."

At the outset, this would seem like more of an indictment of the organization than an acquittal. But it is interesting to note that in mentioning Bp. Murry, Carroll fails to mention that another prominent Jesuit has worked very closely with ISN, and that is the notorious Fr. James Martin, S.J. The agenda in this grant is already quite evident.

But in the second paragraph of Carroll's response, she explains very clearly how the $750,000 grant will help expand ISN's push for homosexual and transsexual inclusion in the Church.

She says, "Through their Strategic National Grant, ISN will be enabled to significantly expand their advocacy capacity — forming leaders, networking and animating Jesuit institutions, and building on the success of existing ISN programs such as the Campaign for Hospitality and the Ignatian Family Teach-In for Justice."

As we explained in our initial article on this grant, ISN's Ignatian Family Teach-In is the program through which ISN has been promoting homosexuality and transgender ideologies to young people.

For instance, in 2018, ISN's teach-in workshop titled "Transgender Voices in the Church," which was convened by the Vatican-condemned New Ways Ministry, specifically states its intention to send participants away with resources for conducting transgender activism. 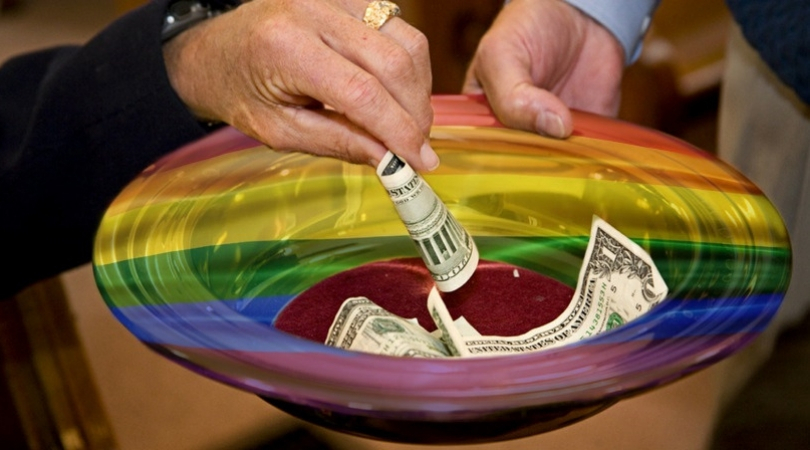 US Catholic Bishops Give $280,000 to LGBT and Abortion Activists
By Michael Hichborn   •   0
Watch
Catholics Petition US Bishops to Halt Abortion, LGBT Activist Funding
By Stephen Wynne   •   0