The Catholic Campaign for Human Development (CCHD), an agency of the United States Conference of Catholic Bishops (USCCB), annually provides anywhere from $9 million to $15 million to political agitation groups every year. For fiscal year 2017–2018, the CCHD issued a total of $10,418,500 in grant money to such organizations.

The problem is that every year, despite constant denials and promises, the CCHD funds organizations that are directly promoting abortion, homosexuality, Marxism or heresy; or they are members of coalitions that do these things or their leadership is involved in them. And this last grant cycle is no different.

HWC is a Founding Member and on the Board of Pro-Abortion, Pro-Homosexual Organization

Heartland Workers Center helped to create an organization that has the stated objective of increasing the participation of homosexual activist organizations in Nebraska while it was receiving funding from the CCHD. The Nebraska Civic Engagement Table (NCET) was founded in 2016, which would have been at the end of HWC's 2015–2016 grant and the beginning of HWC's 2016–2017 grant.

According to NCET's webpage regarding its members, HWC is not just a member but is a founding member, which means that part of HWC's official operations was to create this organization. 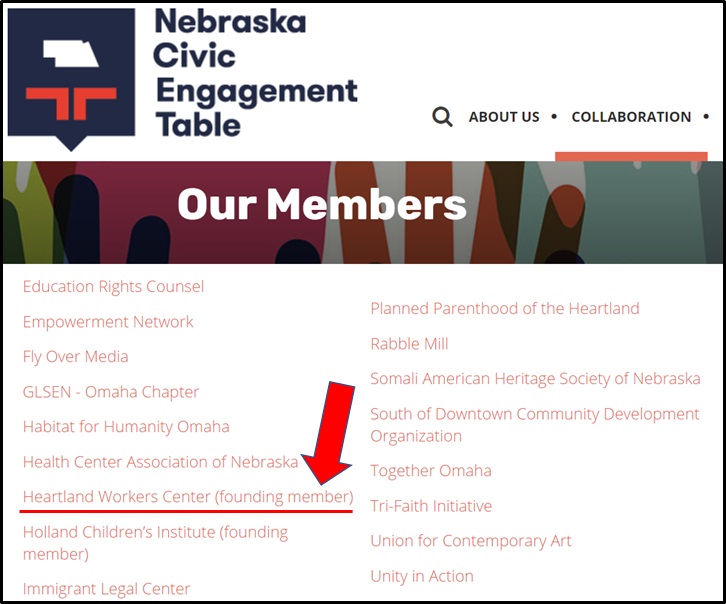 NCET's "About us" page on its website states that it was founded to:

build a more just, inclusive, and engaged Nebraska by increasing the year-round civic participation of our nonprofit members' supporters and the "rising electorate" that includes: African-Americans, Latinos, Native Americans, AAPI, new citizens, low-income families, women, LGBT Nebraskans, and young voters. Our goal is to increase their share of voter turnout, ensure their voices are represented in the policy decisions that affect their lives, and build leadership among community members and our nonprofit partners. [emphasis added]

NCET specifically mentions that it aims to increase the civic participation of LGBT Nebraskans as a founding principle. As will be illustrated, this founding principle extends to active promotion of homosexuality and transgenderism. But HWC's connection to NCET doesn't end with merely being a founding member. Its current participation is far more active, as HWC's senior organizer, Lucia Pedroza, serves on NCET's board. This means that HWC directly participates in the direction and governance of this coalition. 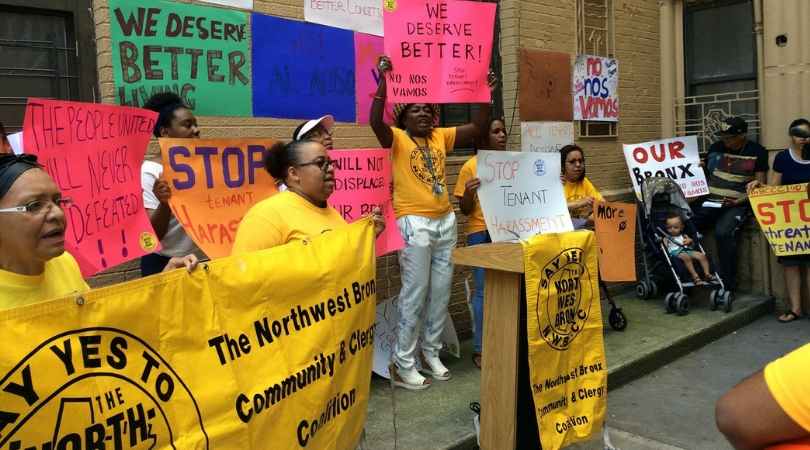 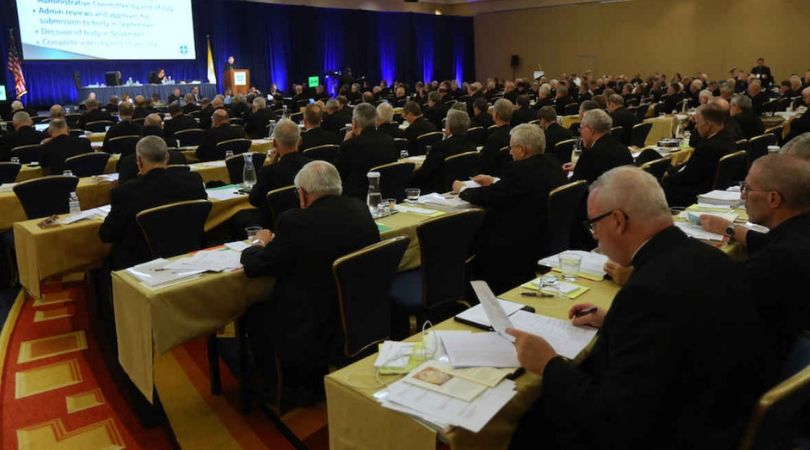