$35,000 grant given to Marxist and pro-abortion organization

During the weekend of Nov. 17–18, the United States Conference of Catholic Bishops (USCCB) will be taking up its annual, national collection for the Catholic Campaign for Human Development (CCHD). This collection reallocates funds from dioceses throughout the United States to community organizing groups around the country. Despite repeated denials and alleged reforms, the CCHD continues to fund organizations that are acting in direct contradiction with Catholic moral and social teaching and against the very guidelines of the CCHD itself.

Last month, The Lepanto Institute reported that the CCHD provided $240,000 to an organization that promotes Planned Parenthood, legalized prostitution and homosexuality. Last week, Lepanto reported on $280,000 in Catholic funding that went to an organization run by pro-abortion and pro-homosexual activists.

It is clear that the CCHD either did not actually vet the organization before giving it a grant, or it willfully turned a blind eye to the distinctly Marxist and pro-abortion character it publicly holds.

In 2015, The Lepanto Institute wrote and published an article detailing the Marxist history and ideology of the Catholic Campaign for Human Development.

And problems continue to be found with the latest round of CCHD grants. On page six of the latest list of CCHD grantees is an organization called the Indianapolis Workers Justice Center (IWJC), which received its first-ever grant of $35,000. As with before, it is clear that the CCHD either did not actually vet the organization before giving it a grant, or it willfully turned a blind eye to the distinctly Marxist and pro-abortion character it publicly holds.

On Sept. 23 of this year, IWJC hosted the Central Indiana Democratic Socialists of America for their chapter meeting. 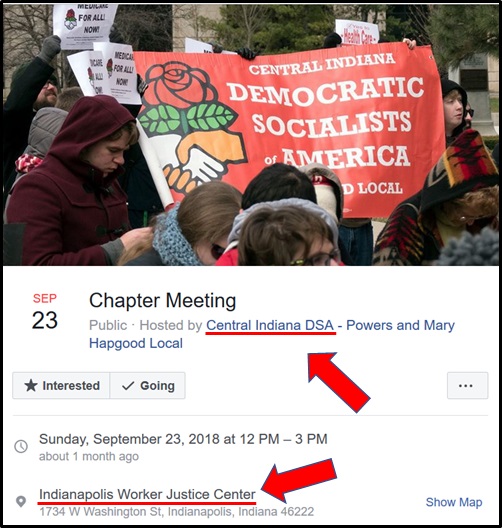 This is not the first time IWJC had worked closely with the local chapter of the Democratic Socialists. According to the Central Indiana DSA Facebook page, not only does the DSA chapter have a meeting coming up next week, but IWJC has hosted DSA at least 13 times in the last year alone. IWJC's hosting of the DSA included chapter meetings, phone banks, training sessions, branch meetings and more. 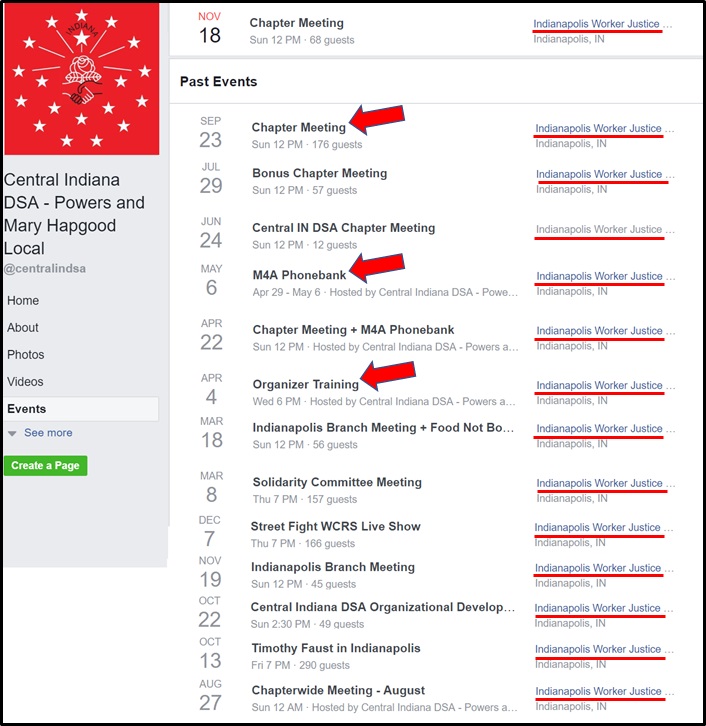 On Oct. 22, DSA received formal training at IWCJ from one of IWJC's community organizers, Lynette Taylor, who is also identified as a member of DSA. 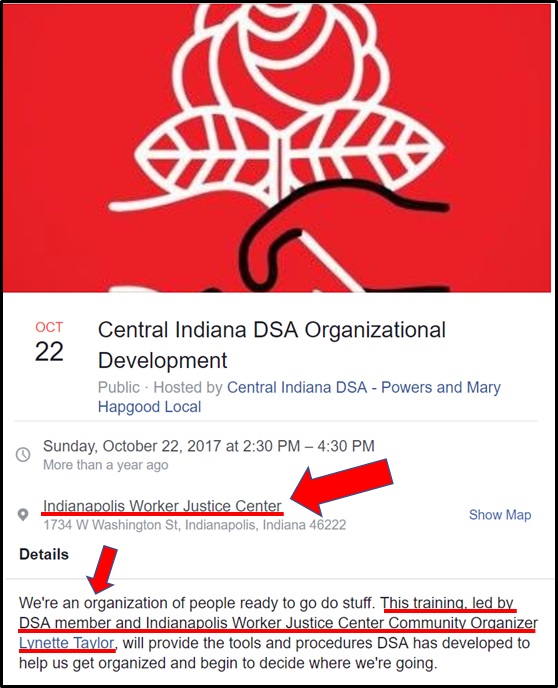 Lynette Taylor's LinkedIn profile indicates that she has been a community organizer for IWJC since February of 2017.

Lynette Taylor is not only a socialist, but is robustly pro-abortion and pro-LGBT. In several places on her Facebook page, she advocates for abortion, homosexuality, transgenderism and Marxism. In the image on the left, we see Taylor participating in a DSA protest, raising her fist in the salute of socialism. On the right is Taylor participating in another DSA event.

Lynette is also a supporter of abortion. On the left, Taylor announces that she is attending the Friends for Choice: Fundraiser for Reproductive Justice, an event organized by the DSA chapter she is a member of — intended to raise money for an abortion fund. On the right is a picture Taylor participating in the event on stage, wearing a t-shirt that says, "I Support All Options: Hoosier Abortion Fund."