US Catholic Bishops Give $280,000 to LGBT and Abortion Activists

Community Alliance of Tenants sustained by grants from CCHD

Last week, the Lepanto Institute reported on $240,000 the CCHD provided to an LGBT-advocating organization in San Francisco. Click here to read the report.

For five consecutive years, from 2012–2017, the United States Conference of Catholic Bishops' (USCCB) annual granting agency called the Catholic Campaign for Human Development (CCHD) provided a total of $280,000 to a radical organization involved in the promotion of homosexuality and abortion.

The Community Alliance of Tenants (CAT) received the following grants:

Last year, the archdiocese of Portland, Oregon gave a "Certificate of Recognition" to CAT signed by Bp. Peter Smith and Portland CCHD Director Matt Cato. In a Facebook posting of an image of this certificate, CAT said, "We are grateful to the Archdiocese of Catholic Campaign for Human Development for honoring us tonight and through the years." 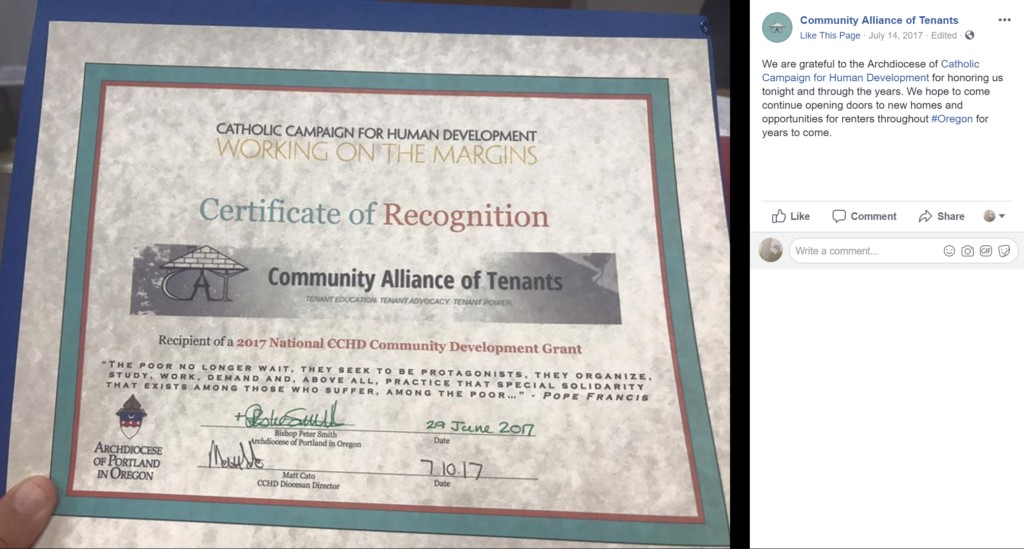 On Oct. 31, 2016, the archdiocesan Office of Life, Justice and Peace produced a video promoting CAT, wherein the executive director says, "Without CCHD support, we wouldn't be able to do what we do."

So, what does the Community Alliance of Tenants do?

CAT is on the Steering Committee of an Abortion Promoting Organization

Joined by organizations like Planned Parenthood, NARAL Pro-Choice and others, CAT is not only a member of, but is on the steering committee of a coalition called "Fair Shot For All." 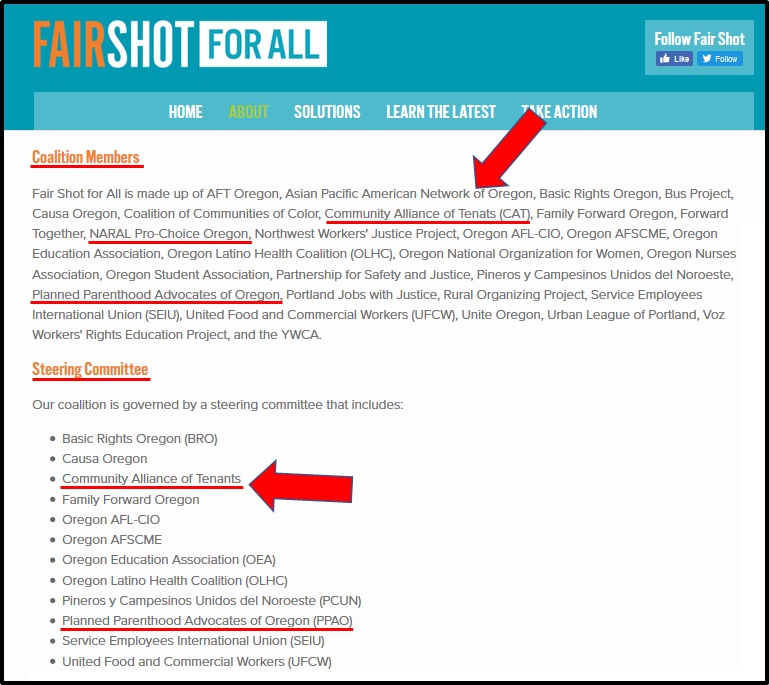 Fair Shot for All was founded in 2014 and is actively involved in the promotion of homosexuality and abortion. According to snapshots obtained through the internet archive site, the Wayback Machine, CAT joined Fair Shot for All sometime between Aug. 21, 2016 and Feb. 15, 2017. As a member of the Steering Committee of Fair Shot for All, CAT is directly responsible for the decisions, actions and public positions taken by the coalition.

In this backgrounder from 2017, CAT directly participated in Fair Shot for All's 2017 agenda, which specifically advocated for abortion. On page two of the flyer, Fair Shot for All identifies "Reproductive Health Equity" wherein they identify access to abortion and providing "women's reproductive services" to men who pretend to be women. It says:

Many are categorically denied health coverage due to their citizenship status. Others still face barriers to affordable birth control while high deductible plans are a serious pocketbook issue, leaving abortion inaccessible for many. In addition, transgender and gender-nonconforming people are often denied coverage for services often categorized as "women's" health care because of the gender marker on their insurance card.

At the end of the page, Fair Shot for All says that it is standing up for "LGBTQ Communities" and identifies CAT as one of its members.

Currently, CAT (as represented by Fair Shot for All), stands in opposition to a ballot measure that would prohibit public funding from going to abortions. 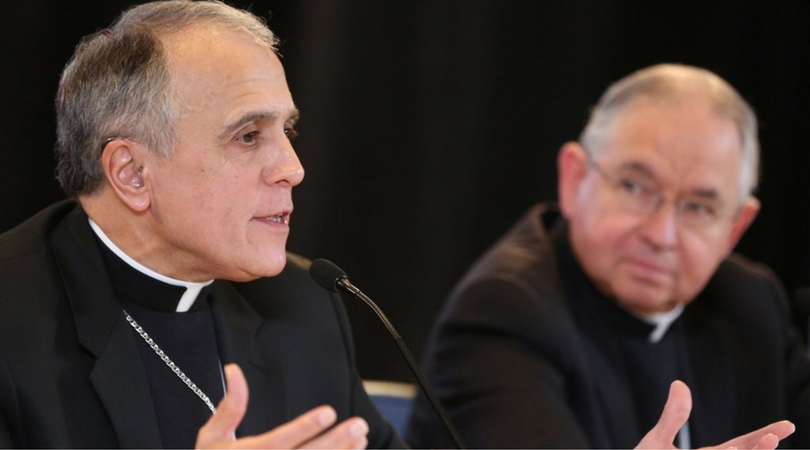 Watch
The USCCB: More of the Same
By Christine Niles   •   0