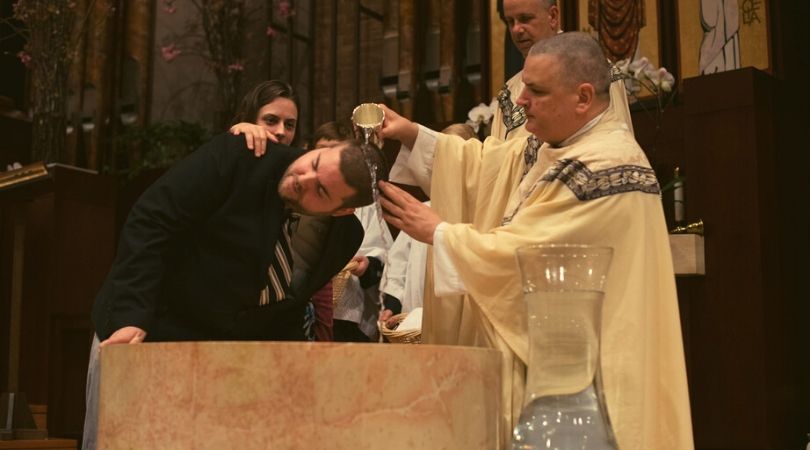 CARA: Decline is related to declines in marriages within the Church

WASHINGTON (ChurchMilitant.com) - For the second time in the past 50 years, the number of adults becoming Catholic was fewer than 100 thousand.

According to this year's study by the Center for Applied Research in the Apostolate (CARA), fewer than 94 thousand adults were received into the Catholic Church in 2018. Of these, roughly six in 10 were baptized and four in 10 were received by an initiation ceremony. Since CARA started keeping track in 1964, the only other year the number of adult converts dipped below 100 thousand was 2017 with 93 thousand adult converts.

One reason CARA gave for the ongoing decline was that fewer Catholics are marrying.

"As we've noted before, more often than not, conversions happen when non-Catholics marry Catholics and choose to become Catholic themselves," read the report.

The number of Catholic marriages has been declining rapidly in the United States for the past 50 years. According to CARA, more than 400 thousand Catholic weddings took place in 1970. By 2018, that number had fallen to fewer than 150 thousand.

The rise of U.S. annulments peaked in 1990 at 72 thousand annually.

CARA noted that the institution of marriage as a whole is failing. The decline in marriage tracks closely with the rise of no-fault divorce, which was legalized a half-century ago in California and then spread across the country.

In a similar trend, the rise of U.S. annulments peaked in 1990 at 72 thousand annually. This was up dramatically from the fewer than 1,000 annulments per year prior to 1970.

The fervor of Catholics still identifying as Catholic, however, is also markedly different. A poll in August by Pew Research Center found that nearly seven out of 10 self-described Catholics do not believe the Eucharist is the whole Christ.

The poll further shows that half of America's self-styled Catholics (50%) are either ignorant or simply mistaken about what the Catholic Church teaches on the Eucharist. It also shows, however, that more than one in five of these Catholics (22%) do know that the Catholic Church teaches Christ is really present in the Eucharist but rejected this teaching anyway. They erroneously think Christ is only symbolically present.

Analysts warn that lukewarm Catholics are unlikely to inspire a future spouse to join the Catholic Church prior to or after marriage.