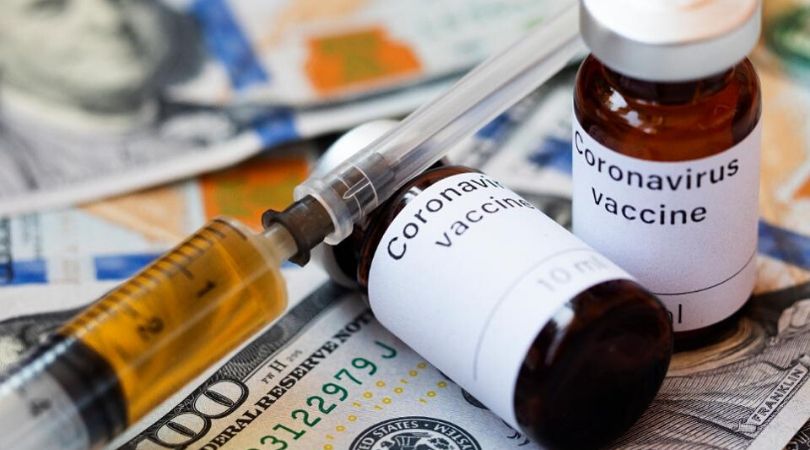 Hundreds of millions of syringes purchased

WASHINGTON (ChurchMilitant.com) - As the U.S. government goes full-steam ahead in its search for a vaccine to fight the Wuhan virus and plans for how to administer it, many are fearing the cure could be worse than the disease.

Reports from various sources say the government is hustling to get vaccine supplies ready, as well as distribution measures in gear, in anticipation of a working cure.

Forbes reported May 14 about two hefty orders placed by the Office of the Assistant Secretary for Preparedness and Response (ASPR) totaling $100 million for just needles and syringes. Estimates target 300 million as the number of needles needed to perform inoculations in the U.S.

Connected to what is being called the "COVID-19 Mass Vaccination Campaign," one order costing $27.5 million went to Colorado-based Marathon Medical, and the other costing $83.7 million went to Texan business Retractable Technologies.

A raft of various vaccines are also being developed and tested. For example, one backed by the government includes "a $450 million deal with Johnson & Johnson and Janssen Pharmaceutical."

The total population ... roughly matches the number of needles, syringes and doses of the vaccines targeted for production, making the suggestion clear — mandated universal vaccinations.

And the U.S. Department of Health and Human Services announced in March it was working with Janssen and Massachusetts-based Moderna on fast-tracking vaccine production. HHS said it would "accelerate advanced clinical trials, regulatory support and large-scale manufacturing to produce up to 300 million doses of vaccine in the United States each year."

While the latest orders should go some way in alleviating concerns about preparedness to deliver vaccines to Americans, many are expressing serious concerns not only about from what — or from whom — the vaccine will be made but also how and to whom it will be administered.

Perhaps most suspiciously, it has been noted that the total population of the United States, estimated at 328.2 million, roughly matches the number of needles, syringes and doses of the vaccines targeted for production, making the suggestion clear — mandated universal vaccinations.

About the matter used to make the vaccinations, Bp. Strickland of Tyler Texas issued a pastoral letter in April rousing Catholics to understand the mortal danger of any coronavirus vaccine developed using stem cells from aborted babies and is urging them to fight. "I will not kill children to live," the bishop has exclaimed, expressing the sentiments of many faithful Catholics.

We must insist that legislators create legislation which establishes the illegal and immoral nature of any use of the remains of aborted babies for research.

"We must insist that legislators create legislation which establishes the illegal and immoral nature of any use of the remains of aborted babies for research," said Strickland. "Further, we must insist that pharmaceutical companies comply with such legislation," he stated in the letter.

The bishop has also tweeted that he would not accept any vaccine that was made from aborted baby parts.

Social media lit up on May 14 after President Trump announced May 14 in an interview with journalist Maria Bartiromo that the U.S. military is being mobilized in order to support the distribution of a Wuhan virus vaccine by the end of the year.

The president said, "On the basis that we do have a vaccine ... we'll be able to give it to a lot of people very, very rapidly."

Sending up a red flag was journalist Bree Dail who was quick to point to the Posse Comitatus Act, which limits the powers of the federal government in using federal military personnel to enforce domestic policies within the United States.

Doing so, Dail said, "would be unconstitutional, and per Posse Comitatus an unlawful order to the U.S. military."

Others have expressed concern that GlaxoSmithKline, a global health giant that pleaded guilty to fraud and failure to report safety data in 2012, has been named "vaccine czar" to run "Operation Warp Speed," a fast-track scheme to distribute 300 million vaccines across America before the end of the year.

One commenter asked if the military would force Americans to accept the vaccination, adding: "Who in their right mind is going to want to be vaccinated now?"

With billions of dollars at stake and powerful global corporations taking charge — as well as talk of military involvement from the president himself — individual citizens are starting to fear a vaccine as much as the pandemic itself.