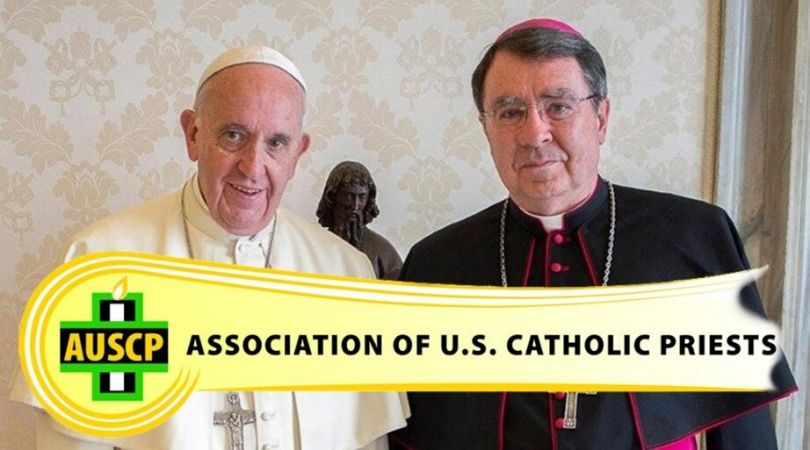 In early December, the Lepanto Institute learned that the Apostolic Nuncio to the United States (Abp. Christophe Pierre) is scheduled to participate in the annual assembly of a heretical priestly association called the Association of United States Catholic Priests (AUSCP). Since the Lepanto Institute has conducted multiple investigations of the AUSCP since 2015, we decided to contact Abp. Pierre to present him with some of our findings and to urge him to withdraw from the AUSCP's Annual Assembly this Spring.

Receiving top billing on the AUSCP's event page for the 2020 assembly, Abp. Christophe Pierre is identified as the "Assembly Mass Presider and Homilist." 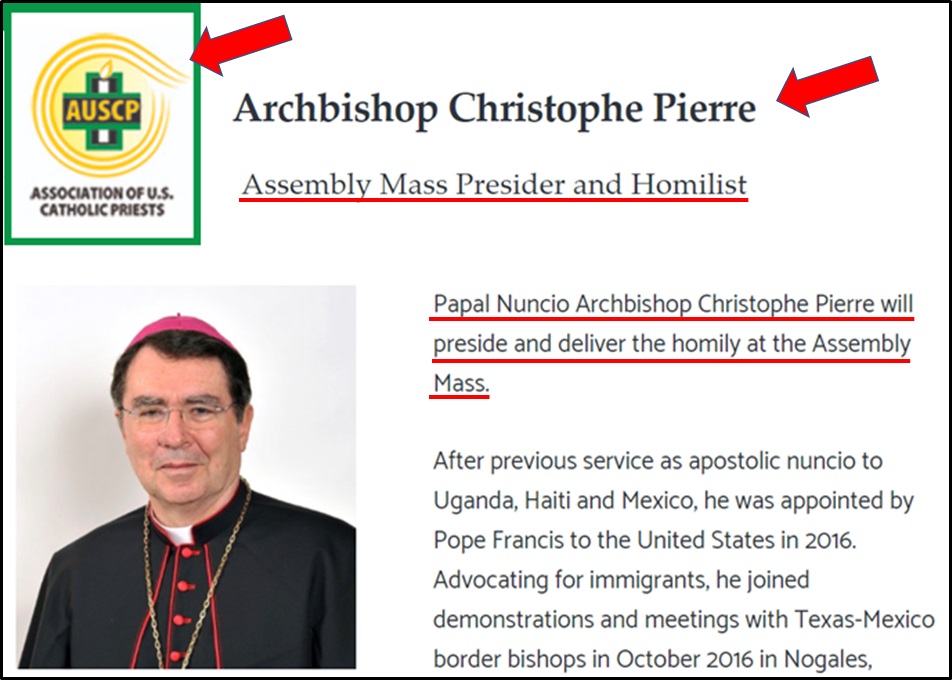 At the heart of this issue is the fact that the AUSCP is deeply involved in the promotion of modernist ideologies within the Catholic Church. The Lepanto Institute has produced several reports on the actions and positions taken by the AUSCP, and links to some of these reports are as follows:

Once we learned that Abp. Pierre would be participating in the AUSCP's upcoming Annual Assembly, we sent him a letter with documentary evidence of the AUSCP's attachment to the Heresy of Modernism, and warned him that by participating in the Annual Assembly, he gives the appearance of papal approval of the Association and its activities. We specifically asked His Excellency to "withdraw from any and all involvement with the AUSCP."

We sent the letter on Dec. 11, 2019, ending it by saying, "If I do not hear from you in 60 days, I will assume that your response to my plea is in the negative." The letter was sent certified mail, requiring a signature, and we received the receipt indicating that the letter had been delivered just a few days later. Sadly, those 60 days have elapsed, and we have received no response. 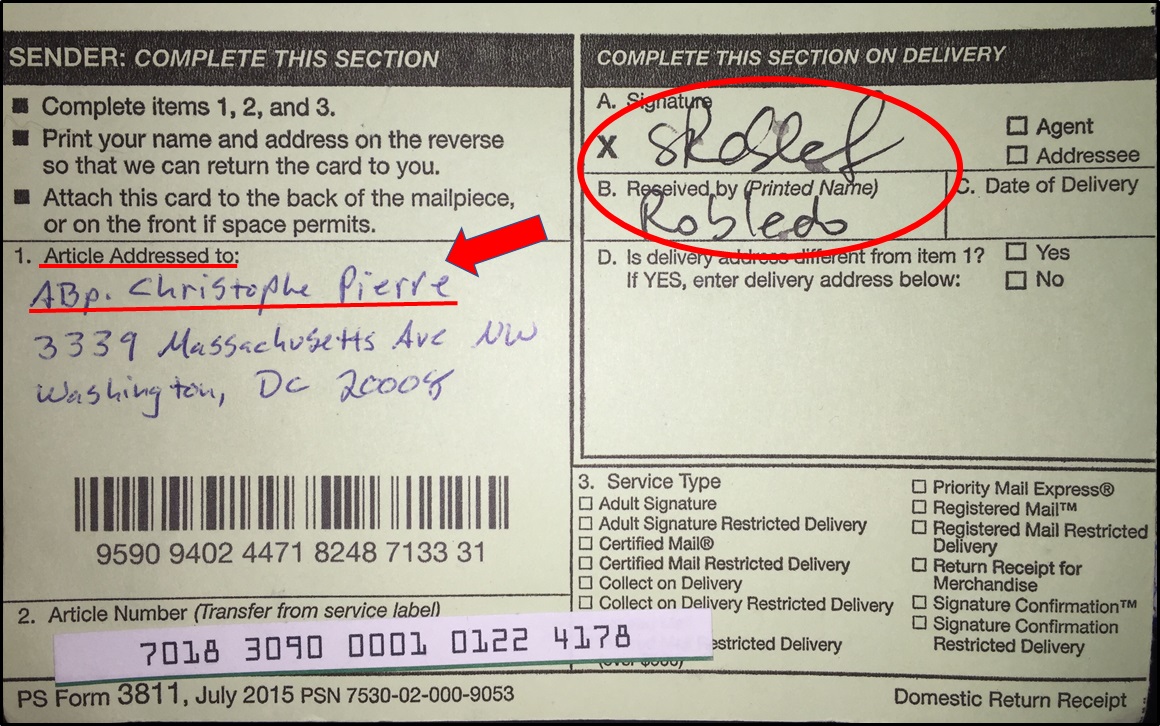 So, we are publishing our letter to Abp. Pierre in its entirety, asking Catholics across the United States to call and write to His Excellency, Abp. Christophe Pierre, asking him to withdraw from any and all participation with the AUSCP. You can contact him at:

Here is our letter to the Nuncio:

It has recently come to my attention that you have accepted an invitation from the Association of United States Catholic Priests (AUSCP) to preside and preach at the 2020 AUSCP Assembly Mass on June 24 of the coming year. You may not be aware, but the AUSCP is a gravely dissident organization which promotes homosexuality, associates with organizations that promote same-sex "marriage," supports open homosexuality in the priesthood, has undermined the authority and decisions made by bishops, and has endorsed the ordination of women to the priesthood.

As the president of the Lepanto Institute, I have personally researched and analyzed many of the activities of the AUSCP and published a number of reports and articles on their ideologies and activities. The majority of my source information is derived directly from the AUSCP website and from formal AUSCP news releases and correspondence. I am including a few of these Lepanto Institute Reports in this letter so you can see firsthand the pernicious nature of the AUSCP and the grave threat it poses to the faith and to the faithful.

I am providing this information to you in the hope that you will reconsider your participation in the AUSCP's Assembly next Spring, as your participation would not only raise the profile of this organization, but give the impression that it was one which bears the support and approval of the Holy See. I cannot stress enough how confusing and damaging to the souls of the faithful such an impression could be.

I implore you, on behalf of the countless faithful Catholics who are aware of the magnitude of the AUSCP's threat to the faith in this country, please withdraw any and all involvement with the AUSCP.

If you have any questions or concerns about the contents of this letter or the attached reports, you can contact me by phone, e-mail, or physical mail with the contact information below. If I do not hear from you in 60 days, I will assume that your response to my plea is in the negative.

Please know that I pray for your Excellency.

Respectfully yours in Christ,

Republished with permission from The Lepanto Institute.