Democrats in the Senate increasingly have become overtly anti-Catholic and aggressively intimidating of socially conservative federal judicial candidates. The most recent example of this is Sen. Cory Booker (D-N.J.) and his questioning of Neomi Rao whom President Donald Trump nominated to fill Supreme Court Justice Brett Kavanaugh's former seat on the D.C. Circuit Court.

On Feb. 7, Sen. Mike Lee (R-Utah), a Mormon, castigated Booker's line of questioning as "flatly inconsistent with at least the letter, at least the spirit, if not also the letter, of at least two provisions of the Constitution. I cannot fathom why this would ever make sense to do," referring to the First Amendment's Establishment Clause and Article VI of the Constitution. Lee's comments were directed at Mazie Hirono (D-Hawaii), who claimed such questioning as Booker's was a "legitimate area of inquiry."

Booker, a 2020 presidential candidate, grilled Rao whether she considered same-sex unions "immoral." The nominee — raised in Bloomfield Hills, Michigan by Indian parents practicing the Parsi faith — was asked by Booker if she considered same-sex relationships "immoral," echoing specifically faith-based questioning of Catholic judicial nominees regarding the constitutionality of the Supreme Court's Obergefell decision — granting the right to same-sex couples to marry — and Roe v. Wade, the 1973 Supreme Court case that legalized abortion throughout the United States.

Citing an article Rao wrote years earlier analyzing Lawrence v. Texas, a Supreme Court decision that struck down state laws criminalizing sodomy, Booker launched into a line of questioning that pertained to the nominee's personal beliefs regarding the morality of homosexual relationships.

"Are gay relationships in your opinion immoral?" Booker asked.

"Um, senator, I'm not sure the relevance of that to—" Rao began.

"Do you believe they are a sin?" Booker continued.

"Senator, my personal views on any of these subjects are things I would put to one side," she replied.

"So you're not saying here whether you believe it is sinful for two men to be married. You're not willing to comment on that?" Booker asked.

Rao explained her previous writings, particularly regarding United States v. Windsor, a 2013 Supreme Court decision that determined contrary to the Defense of Marriage Act (defining marriage as a union between one man and one woman). She told Booker:

In that particular article, what I was saying is that in the case in Windsor did not recognize same-sex marriage as a right. It only recognized the right to have your marriage recognized if the state provided such a marriage. Of course, that later step was taken in Obergefell but Windsor, part of what I was explaining, was a rather empty right that was in that case.

Booker's interrogation of Rao led many persons of faith to inquire if he had violated Sec. VI of the U.S. Constitution, which forbids any religious test of federal employees. Among those pointing out Booker's improper questioning was Sen. Ted Cruz (R-Texas), who commented:

The Senate Judiciary Committee should not be a theater for mischaracterizing or twisting a nominee's views nor an avenue for persecution. We've seen a growing pattern among Senate Democrats of hostility to religious faith. I was deeply troubled a few minutes ago to hear questioning of a nominee asking your personal views on what is sinful. In my view that has no business in this committee. Article VI of the Constitution says there shall be no religious test for any public office. We have seen Senate Democrats attack what they characterized as religious dogma. We've seen Senate Democrats attack nominees for personal views on salvation. I don't believe this is a theological court of inquisition. I think the proper avenue of investigation for this committee is a nominee's record. So let me ask you about your actual record, which is what this committee should be looking at — not our religious views or your religious views.

Silence is remarkable from the party that loves to display its horror at any hint of bigotry and that prides itself on inclusiveness.

Another district court nominee of Trump, Brian Buescher, was confronted in late 2018 concerning his membership in the all-male Catholic philanthropic and social organization the Knights of Columbus. Senators Hirono and Kamala Harris (D-Calif.) tried to position the Knights of Columbus' Catholic views on abortion and same-sex relationships as too extreme for any federal judicial nominee.

Additionally, Sen. Bernie Sanders (I-Vt.) questioned Russell Vought, Trump's nominee for deputy director of the Office of Management and Budget, on an essay Vought wrote in which he correctly stated the Islamic faith rejected Jesus Christ as the Son of God. Sanders asked Vought if, in retrospect, he regarded the statement of fact as "Islamaphobic."

Calling most of the above incidents a "trend" of an "offensive and dangerous nature," Ed Mechmann, director of public policy for the archdiocese of New York, wrote:

Senator Hirono's questionnaire stated that "The Knights of Columbus has taken a number of extreme positions" and then proceeded to ask numerous questions about the Knights' positions on abortion and same-sex marriage, implying that the nominee's membership in the Order was sufficient alone to show that he was unable to be neutral. She also had the audacity to ask baldly, "If confirmed, do you intend to end your membership with this organization to avoid any appearance of bias?"

This is anti-Catholic McCarthyism, plain and simple. It is particularly disturbing that 8 of the 10 Democratic members of the Senate Judiciary Committee have displayed such blatant prejudice. And it is especially appalling that no prominent member of the Democratic Party has breathed so much as a word of disapproval. That silence is remarkable from the party that loves to display its horror at any hint of bigotry and that prides itself on inclusiveness. 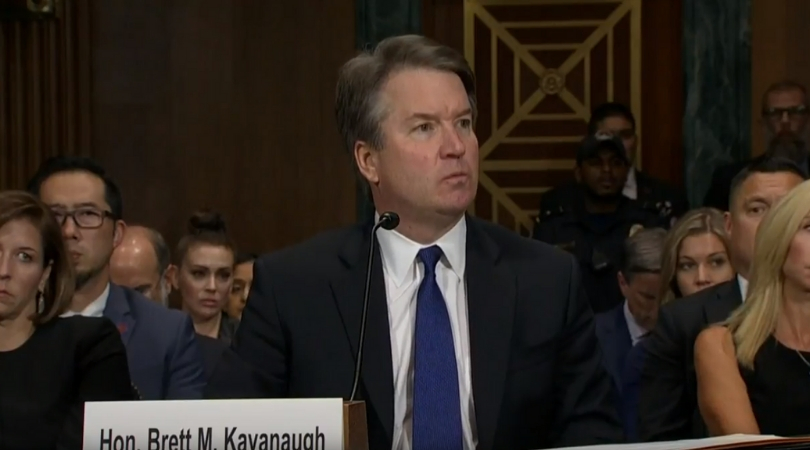 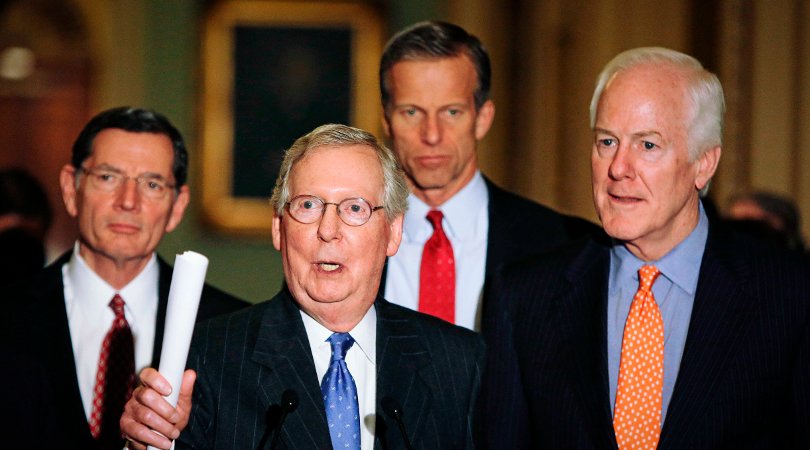 Senate Republicans Give Money to Planned Parenthood
By Rodney Pelletier   •   0