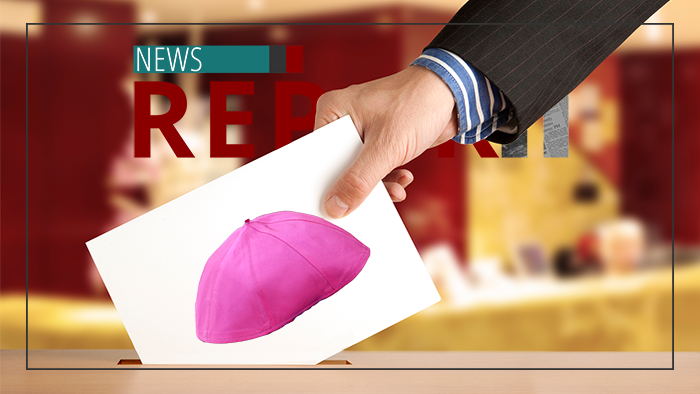 Slim pickings in the hierarchy

It's almost time for the U.S. Conference of Catholic Bishops, or USCCB, to elect new leadership.

Church Militant's Nadia Bullock breaks down the good and the bad in the nominations for president and vice president.

Tuesday, the USCCB released a list of 10 candidates bishops may vote for in next month's fall General Assembly in Baltimore.

Most fall into the web of bad bishops, but San Francisco's Abp. Salvatore Cordileone and Arlington's Bp. Michael Burbidge are among the more solid.

Turning to some of the bad, last year, Bp. Frank Caggiano of Bridgeport signed a letter essentially supporting Communion for fake-Catholic Biden.

He also serves as the chairman of the board for Catholic Relief Services, which has been caught funding groups promoting contraception and abortion.

Bp. Flores: "Whenever we gather and we pray, and we invoke the spirit to assist us."

In 2018, he also forced out of San Antonio traditional nuns who lived there for nine years.

But, Garcia-Siller welcomed disgraced homosexual priest Fr. Marco Mercado to his diocese in 2016.

There are slim pickings in the hierarchy today, as many Churchmen are embroiled in scandal and corruption.

The current USCCB officeholders, who will be replaced for the next three-year term, are president Abp. José Gomez of Los Angeles and vice president Abp. Allen Vigneron of Detroit.