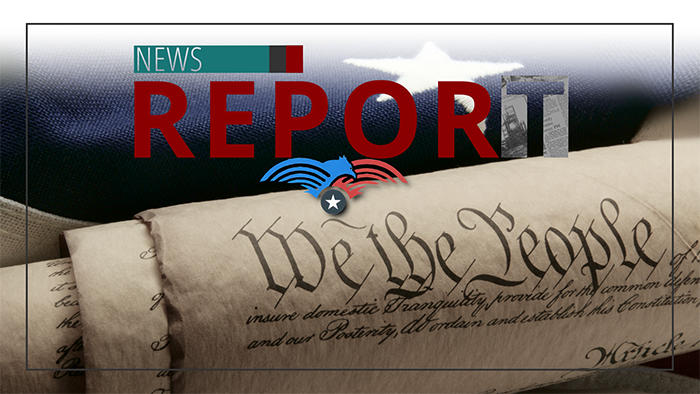 Medical freedom is under attack as more employers and schools force the jab. But one group is fighting back for Americans' God-given rights and freedoms. Church Militant's William Mahoney looks at the organization and one of its recent triumphs against an Ivy League school.

We The Patriots USA is refusing to remain silent "while tyrants are working overtime to strip us of our inalienable rights."

The organization is fighting to protect First- and Second Amendment rights, parental rights, and religious and medical freedoms.

And the group is quickly building a track record of success.

Judge Jeanine Pirro: "After Yale University informed Kendall Cote that she could not return to campus if she did not get the vaccine, she reached out to We the Patriots USA."

The Patriots not only obtained for Cote a religious exemption from Yale's vaccine mandate, but caused it to change its discriminatory policy.

Kendall Cote: "All I did was call them and ask why they had a discriminatory policy against health-science students ... So they panicked then and went into an emergency board meeting to discuss it."

This legal victory established precedent for more legal victories, and set a standard for the entire country.

The Patriots warn, "If we don't stop this now, this will become our new reality."

The organization recently launched its Commit To Ten Campaign to cover legal fees as it continues to rack up legal victories.

The Patriots are fighting hard for Americans, realizing if Marxism succeeds in America, there will be no more hills to die on.

As Church Militant has been reporting, many nominally Catholic universities, especially Jesuit ones, are also mandating the jab.