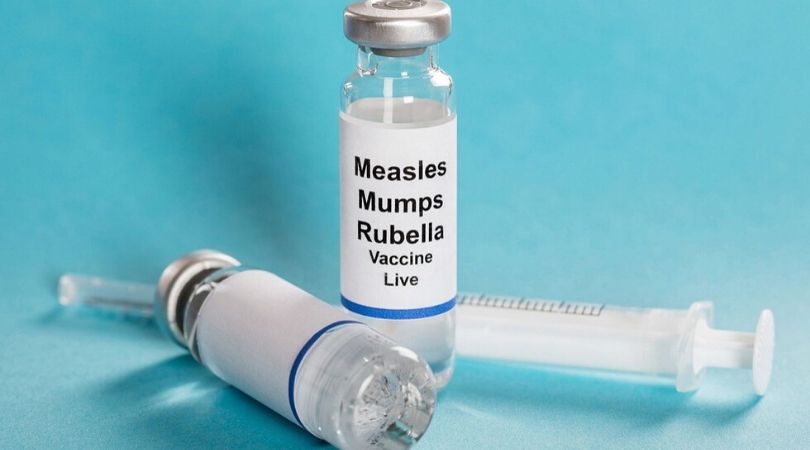 Physical and moral implications of vaccine use

Despite parents' growing concern and questions on the side effects of vaccines, the medical and pharmaceutical establishments, along with mainstream media, seem to be virtually in unison in their message that there are no real dangers with vaccines. Despite this assurance, there remains a movement that is not convinced.

The safety and ethical nature of using vaccines is still a hot topic. Many parents are convinced their child has been harmed due to vaccines, and many others have deep concerns about the morality of using cell lines derived from preborn children killed by abortion. Church Militant ran a story on this topic several weeks ago, which elicited the same concerns.

Their priority was and is to quell any possible doubts, whether well founded or not, regarding vaccines.

As a follow-up, this article focuses on two perspectives that challenge the status quo message: one from a medical doctor and the other from a Catholic priest. They tackle the problem from a physiological and moral angle respectively.

Suzanne Humphries, M.D. is a board certified medical doctor and author. As an internist and nephrologist, she left her conventional hospital position in good standing of her own volition in 2011. Since then, she has been furthering her research into the medical literature on vaccines, immunity, history, and functional medicine.

She does not consider it her place to tell people not to vaccinate. "It is my place as a doctor," she says, "to understand as much as I can about vaccines and to give people a more complete understanding from which to make informed choices."

Informed choices, she claims, "is not the stance of the public health services. There is ample documentation that their priority was and is to quell any possible doubts, whether well founded or not, regarding vaccines."

She also claims that "vaccine contents, dangers, effectiveness of, or necessity of vaccines is not taught in medical schools."

"The claim that the science is settled," she asserts, "is a factually, intellectually and morally dishonest attempt to silence debate and discussion about the evidence and science in the medical literature."

The claim that the science is settled is a factually, intellectually and morally dishonest attempt to silence debate.

There is scientific evidence, she says, that "speaks against the mainstream mantras."

Humphries claims that "vaccinations themselves and the ever growing schedule, is a medical experiment, and in my opinion, violates the core principles of the Nuremberg Code (informed and unambiguous consent). Most vaccines have never undergone carcinogenicity testing, for example."

"Some vaccine policies have robbed teenagers and adults of the opportunity to have solid, multi-layered, long-lasting natural immunity," says Humphries. "For example, in mothers who were vaccinated against measles, placental transfer of antibodies is limited to a few months instead of over a year in most naturally immune mothers."

"[This] is but one of the many potential consequences we face as a result of mass vaccination for measles and the other childhood illnesses, such as rubella," she explains.

The first myth is that you are putting other people at risk by not vaccinating. She debunks this with a summation of recent history and with several studies, one of which shows how the vaccinated still tend to catch the diseases they were vaccinated against.

The second myth is that the non-vaccinated spread the disease. "Actually, it is the opposite," she notes. "Live vaccines are known to spread to close contacts. … There has been a plethora of mumps outbreaks in mostly vaccinated populations."

The third myth is that deaths from these terrible diseases that once plagued humanity will return to pre-vaccine levels if we do not keep up the vaccines. The mortality rate from these diseases, she claims, "was drastically declining prior to vaccination."

One tidbit of information is that the more rational explanation for deadly diseases declining in modern times is poor hygiene.

"It's not vaccination. It has been shown to be hygiene," she notes. "In this article, 'What is the causal link between hygiene and infections?' the authors offer the epidemiological evidence that vaccines played a minor role."

Much more information on the history and risks of vaccines can be found on her website.

Father Michael Copenhagen is a priest from the diocese of Rochester, New York. His impassioned speech at the Vaccine Injury Epidemic (VIE) event held on Nov. 14, 2019 in Washington, D.C. focused on the moral aspect of vaccines, particularly on the Vatican document that addresses the morality of vaccines derived from fetal cells from aborted babies.

The document states that parents "have a duty to take recourse to alternative vaccines (if they exist) ... take recourse, if necessary, to the use of conscientious objection" and to be vocal in opposing vaccines that have no morally licit alternative in order to pressure the drug companies.

After all this has been undertaken in good conscience, the letter goes on to say:

As regards the diseases against which there are no alternative vaccines which are available and ethically acceptable, it is right to abstain from using these vaccines if it can be done without causing children, and indirectly the population as a whole, to undergo significant risks to their health. However, if the latter are exposed to considerable dangers to their health, vaccines with moral problems pertaining to them may also be used on a temporary basis.

Because of the danger of misinterpretation and the tendency of our fallen nature to look for loopholes, Fr. Copenhagen in his speech sought to clarify people's responsibility with regard to vaccine use. Some of his points can be summarized as follows:

According to Catholic teaching, the sacredness of human life cannot be ignored. One organization, Children of God for Life, is widely considered a leader in research and information with regard to both the physiological and moral aspects of vaccines, and provides many more details on their website. 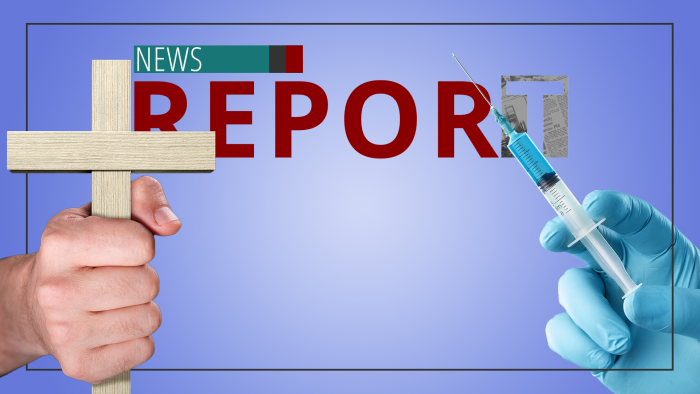