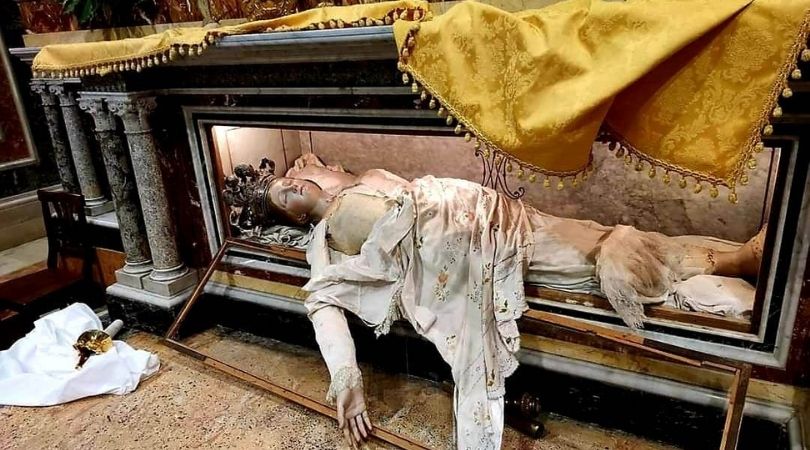 Two arrested for theft in Sant'Agata in Caltanissetta

CALTANISSETTA, Italy (ChurchMilitant.com) - Police have arrested two men for vandalizing and stealing sacred objects from the historic church of Sant'Agata in Caltanissetta in Sicily.

Nisseni Giannone Salvatore (20) and Naselli Alessio Pio Raul (25) were apprehended by the flying squad near the city center as they fled from the church of Sant'Agata al Collegio after desecrating the sanctuary and the tabernacle Tuesday afternoon.

The men were carrying an envelope with a gold pin, a reliquary, a container of holy oil and numerous coins of various denominations, the latter amounting to 161 euros stolen from two vending machines in the church.

Local Catholics expressed deep distress after discovering that the youth had desecrated the glass case of the sleeping Madonna, from which they ripped an arm and the gold brooch clasping the robe around the Dormition of the Virgin Mary.

We are inheritors of a significant heritage which cannot be exposed to such dangers, such barbarism.

The vandals also wrecked the altar, committing sacrilege against the Blessed Sacrament by smashing it open and throwing to the ground the consecrated Hosts.

They also removed the candlesticks, concealing them behind a door, to be recovered later.

Police are in pursuit of two accomplices — a 20-year-old woman and a 24-year-old man who were posted as lookouts while the crime was being committed.

Police said that Salvatore was arrested last week for aggravated theft and for stealing snacks and drinks from two vending machines located outside ​​a commercial establishment in the city.

Police returned all stolen property to the parish priest. Money stolen from the vending machines have been donated to the church by the companies who own them.

This is the second time in one month the historic church has been vandalized.

Professor Leandro Janni, regional president of the conservation society Italia Nostra expressed his solidarity with parish priest "Fr. Sergio and the friars who have been serving the community and the city for years."

"This act demonstrates beyond doubt how much at risk and how delicate and fragile the historic and artistic heritage preserved within our churches is," he said.

"We are inheritors of a significant heritage which cannot be exposed to such dangers, such barbarism," he asserted, calling for new measures to adequately protect churches.

The local Etnos cooperative has agreed to start fundraising to restore the sanctuary.

There is also a sense of the loss of the sacred with the rapid rise of secularization; the Church is greatly responsible for this desacralization.

The church derives its historic reputation from the adjoining Jesuit college building, which today houses the Luciano Scarabelli municipal library and the Vincenzo Bellini high school for music.

The Jesuits were invited to the city by Luisa Moncada and her son Prince Francesco at the end of the 16th century to begin a mission in the city. The church, dedicated to St. Agatha, and the college were built for the Jesuit mission.

The two men have been charged by the public prosecutor and are awaiting trial at Caltanissetta prison.

Hundreds of Christmas cribs were smashed, burned and vandalized across Italy in a binge of violence unparalleled in recent memory during Christmas and Epiphany.

Statues of the Infant Jesus and the Holy Family were beheaded, stolen or hanged — in one shocking incident even impaled on an iron pole in a public square, Church Militant reported in January.

While some of the acts were simply wanton and committed by local youth, sources said that other incidents could be traced to "people deeply different in feeling, values, faith and roots," and "foreigners" who, although born in Italy, were from Islamic countries and "insensitive" or even hostile "to the sense of Christmas."

There is also a sense of the loss of the sacred with the rapid rise of secularization; the Church is greatly responsible for this desacralization, a source noted. 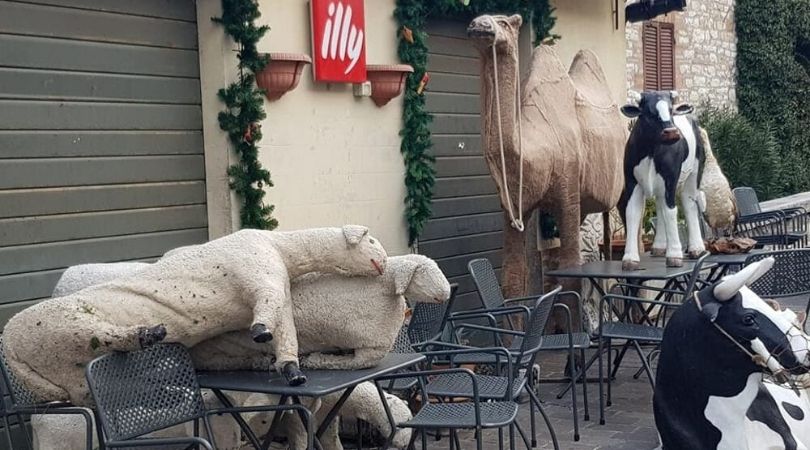