On Facebook, however, he went into greater detail, asserting, "[The testimony] says the whole truth. I am a witness. The nuncio Viganò is the most honest Prelate that I know in the Vatican."

He cautions, "These may be the last lines I write… if I am found chopped up by a chainsaw and my body sunk in concrete, the police and the hacks will say that we have to consider the hypothesis of suicide!!!"

Earlier in the exchange, which is in French, Lantheaume responds to comments, adding "[The storm is] worse than you think, ready yourself."

When another person adds, "You're not reassuring us dear father!" he responds, "My goal is not to reassure you, but to tell the truth! Bishops are neither unscathed nor untouchable: they are all just as much sinners as are others!!! let it be said once and for all… they do not enjoy papal infallibility!"

He goes on further, "But of course as soon as one tries to tell the truth, you have your head cut off, or you 'have a bad spirit'…. it's been over twenty years since I said what I had to say…. now believe what you want, but I can tell you as being the direct witness that Viganò is telling the truth: I was the direct witness!"

As a member of the Vatican's diplomatic corps, Lantheaume was a direct witness to the "stormy conversation" referenced in Viganò's testimony between the previous papal ambassador, Abp. Pietro Sambi, and then-archbishop of Washington, D.C. Theodore McCarrick.

Monsignor Jean-François Lantheaume, then first Counsellor of the Nunciature in Washington and Chargé d'Affaires ad interim after the unexpected death of Nuncio Sambi in Baltimore, told me when I arrived in Washington — and he is ready to testify to it — about a stormy conversation, lasting over an hour, that Nuncio Sambi had with Cardinal McCarrick whom he had summoned to the Nunciature. Monsignor Lantheaume told me that "the Nuncio's voice could be heard all the way out in the corridor."

Curiously, Viganò refers to Sambi's death and that of his predecessor, Abp. Gabriel Montalvo, as "premature."

Since Viganò's testimony was released on Saturday night, others have stepped forward to confirm its contents.

Father Carlos Martin commented that a source from within the Vatican says Viganò's testimony "has hit the Curia like an atomic bomb."

Martin adds that, in the Vatican, Viganò was a "highly respected individual who had been regularly promoted for doing his job well."

The feeling in the Curia right now is that the response of Viganò's enemies will to try to discredit him personally, both because of the impeccability of Viganò's character and the impossibility of his having interpreted the facts incorrectly.

He further added that his source in the Vatican noted, "The feeling in the Curia right now is that the response of Viganò's enemies will to try to discredit him personally, both because of the impeccability of Viganò's character and the impossibility of his having interpreted the facts incorrectly."

He continues, "Their only hope will be to try to take energy away from the perversion and corruption that he uncovered. They will likely state that he is a bitter man who is seeking personal aggrandizement after having been exiled from Rome. When this occurs, don't buy into it. Viganò is retired. He has nothing personally to gain from this."

Since Viganò's testimony went public, two cardinals have personally and confidentially confirmed to Church Militant the testimony is correct in its assessment.

Cardinal Raymond Burke commented to LifeSiteNews, "The corruption and filth which have entered into the life of the Church must be purified at their roots," adding, "The declarations made by a prelate of the authority of Archbishop Carlo Maria Viganò must be totally taken to heart by those responsible in the Church."

He also called for an investigation into "each declaration … according to the Church's time-tried procedural law."

Bishop Joseph Strickland of the diocese of Tyler, Texas responded to Viganò's testimony on Sunday morning, calling it "credible" and requiring all his priests "to include this notice in the masses on August 26, and post it on their websites and other social media immediately."​​ 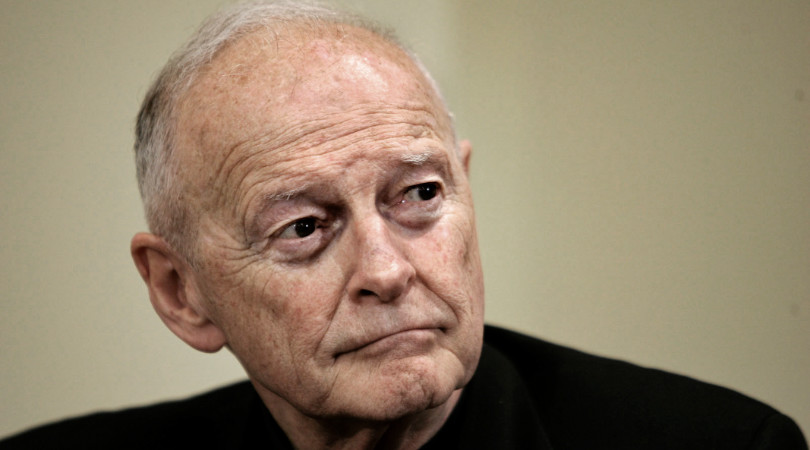 Report: McCarrick to Be Defrocked
By Rodney Pelletier   •   0