HONG KONG (ChurchMilitant.com) - The Vatican and the Chinese government have reached an agreement on the appointment of bishops in China.

From now on, there will be no more the crisis of a division between the open and underground communities in the Church in China. On the contrary, these two communities will gradually move toward reconciliation and communion on the aspects of law, pastoral care and relationships. The Church in China will work together to preach the Gospel of Jesus on the soil of China.

Regarding the appointment of bishops, Cdl.Tong remarked, "Beijing will also recognise the Pope's right of veto and that the Pope is the highest and final authority in deciding on candidates for bishops in China."

Cdl.Tong, however, has conceded that the deal isn't perfect, as the agreement would limit and restrict the religious freedom of Chinese Catholics.

In response to the deal's tradeoffs, Cdl. Tong said, "The moral principle of the Church teaches us to choose the lesser of two evils. Therefore, under the teaching of the principle of healthy realism that Pope Francis teaches us, it is clear which path the Catholic Church in China ought to take."

The relationship between Rome and Beijing has been historically rocky as relations were officially broken off in 1951 under the rule of Mao Zedong, the infamous dictator of China. Not everyone has been happy with the negotiations between the Vatican and Beijing, with some seeing the negotiations as leading towards a capitulation to China's authoritarian rule.

On November 21, in an interview with the German bishops' official website, Cdl. Joseph Zen criticized the Vatican for leaving the faithful in China behind, who aren't willing to submit to the Communist government.

"The Church may not refuse a dialogue, and she may also make compromises," he remarked. "But there are limits. We cannot be compliant toward the regime in Beijing. They want everything, they want a capitulation."

Zen was referring to the negotiations on the ordination of bishops in China, which has long been a sticking point between Rome and Beijing. 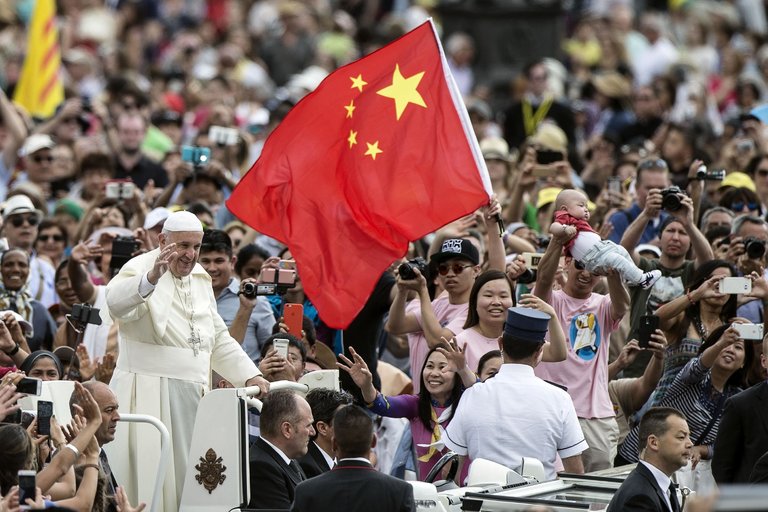 Zen is wary of such developments, however. "There are many good priests and bishops in the Chinese Church," he commented. "But they have to obey the state; they are being led by the nose by the government. One day, the faithful will realize that they are no shepherds, but only representatives of the state."

His reaction was in response to Cdl. John Tong, who's in favor of increased dialogue between the Vatican and the Chinese government. In addition, Zen believes such a rapprochement would abandon and betray those faithful to Rome in China.

Cardinal Zen went on to say:

The Church has to defend freedom. How shall the people tomorrow still have respect for the Church when she does not today defend the freedom and stop the persecution of the faithful? All these years of compromise have weakened the position of the Church. The Church, on the contrary, should encourage the faithful to be strong, to practice resistance.

Talking to the Wall Street Journal, John Mok Chit-wai, a teaching assistant at the Chinese University of Hong Kong, is wary of any deals between the Vatican and China. He commented, "The Church seems too eager to achieve a breakthrough."

In 1957, China's Religious Affairs Bureau officially established the Catholic Patriotic Association (CPCA), which was founded on the basis of non-interference by foreign powers in China's affairs. That meant that the Chinese Catholic hierarchy was expected to follow the Protestant model in China, which was one of self-governance and self-support.

Since 1957, the CPCA and Rome have had a volatile relationship, which was seen recently in the excommunication of the bishop of Shantou in 2011.

The CPCA appointed Joseph Huang Bingzhang as bishop there without approval from Rome, and this led to his immediate excommunication.