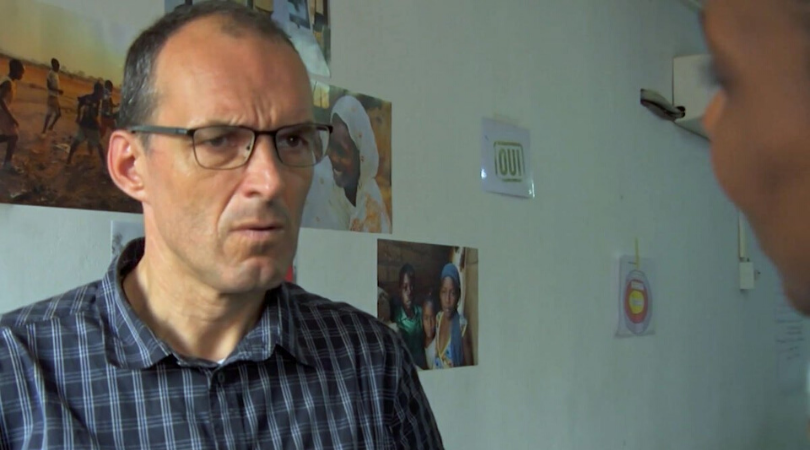 VATICAN CITY (ChurchMilitant.com) - A Vatican-run charity is under fire for appointing a convicted pedophile priest to direct its charity in Africa and allowing him to remain in place for a year after being made aware of abuse allegations against him.

After learning of new allegations of sexual abuse against Delft in 2017, Caritas kept him in this position for a year, where he allegedly abused other boys.

After CNN's report was published last week, Delft was recalled to Belgium where he remains "under supervision," according to his religious order, the Salesians of Don Bosco. Belgian authorities are currently investigating the latest allegations of Delft's homosexual abuse of minors as Caritas director in CAR.

Caritas, a confederation of 165 Catholic relief and social service organizations operating in 200 countries, learned of accusations of sexual abuse against Delft in 2017 but referred the allegations to his superiors in the Salesians to investigate. They kept the allegations silent, and Delft remained in ministry, allowing him to target at least two more confirmed victims.

A 17-year-old boy named Alban Alain told CNN on camera that Delft had abused him.

"It's a horrible thing that he did to me," recalled Alban, who was 13 at the time the alleged abuse occurred.

Alban's father, Onono Alain, revealed that his son had been raped.

"He was brought here as Director of Caritas and he was entrusted with distributing aid," said Onono. "But instead he took advantage of his position to sodomize my son."

"There are plenty of women he could have sex with," added Onono. "He preferred to sodomize my son."

He took advantage of his position to sodomize my son.

The former two-term president of Caritas, Honduran Cdl. Oscar Rodriguez Maradiaga, was replaced in 2015 by Cdl. Luis Antonio Tagle of Manila, Philippines. Caritas is passing the buck to the Salesians, claiming they didn't inform Caritas of Delft's 2012 conviction on sex charges or investigate the 2017 accusations against Delft when informed by Caritas.

Andrew Azzopardi, Caritas' new head in charge of safeguarding against sex abuse, says he only learned of the allegations against Delft when contacted by CNN.

"From what information you shared with us there are new allegations there to be investigated, hopefully by police or at least internally by the Church to take action against Fr. Luk and any other person who is responsible for Fr. Luk's behavior," Azzopardi told CNN.

The president of the Centre for Child Protection and member of the Pontifical Commission for the Protection of Minors, Fr. Hans Zollner, admitted that religious orders like the Salesians have been left by the Vatican to investigate their own members. Such communities are not bound by current papal guidelines for investigating sex abuse, Zollner remarked.

"The congregations and religious orders are under a different type of structure and legal procedures," he said. "In way too many cases the religious superiors did not follow through on canon law."

He admitted that orders like the Salesians are left to police themselves.

"If there are no sanctions within the community," added Zollner, "then the community, which in that case is an order or a congregation, then there is almost no possibility to do that."