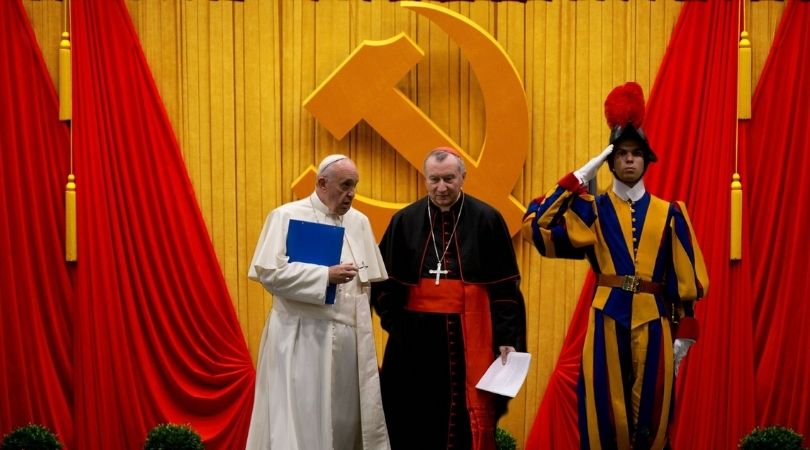 VATICAN CITY (ChurchMilitant.com) - The Vatican's second-in-command is defending the Holy See's deal with China, a day before U.S. Secretary of State Mike Pompeo is expected to shame Pope Francis for wanting to renew the controversial concordat.

Pre-empting Pompeo's speech on religious freedom, to be delivered at the U.S. Embassy to the Holy See on Tuesday, Vatican Secretary of State Cdl. Pietro Parolin — as part of a Vatican News report — justified the pact as pastoral.

"The goal of the provisional agreement has never been merely diplomatic, much less political, but was always genuinely pastoral," Parolin stressed.

[The agreement's] objective is to permit the Catholic faithful to have bishops in full communion with the successor of Peter who are at the same time recognized by the authorities of the People's Republic of China. The provisional agreement exclusively treats the process for the appointment of bishops ... an essential question for the life of the Church and for the necessary communion between the pastors of the Chinese Catholic Church with the bishop of Rome and with the bishops throughout the world.

In 2018, immediately after signing the deal, Parolin said, Pope Francis had emphasized that "in the last decades, wounds and divisions in the heart of the Catholic Church in China were 'centered especially on the figure of the bishop as the guardian of the authenticity of the faith and as guarantor of ecclesial communion.'"

However, 88-year-old Chinese cardinal Joseph Zen Ze-kiun — who was refused a meeting by Pope Francis after arriving at the Vatican last week — pointed out that the deal had backfired on the Church, leaving important dioceses without a bishop or with the impending appointment of a bishop approved by the atheist Communist Party.

No deals can be made with this regime: Even thinking of making deals with Beijing is crazy. It's like making a deal with the Devil.

"The agreement concerns the appointment of bishops: Well, in two years there has been no new appointment. On the other hand, under the pretext of the agreement, seven excommunicated bishops were recognized by the Holy See," Zen told Italian news media La Nuova Bussola Quotidiana.

Cardinal Parolin, however, claimed that Francis "has re-established full communion with Chinese bishops ordained without papal mandate" only "after years of lengthy negotiations undertaken by his predecessors."

Zen, bishop emeritus of Hong Kong, also cited the example of Chinese-controlled Hong Kong, which he says "has not had a titular bishop since Jan. 2019" following the death of Bp. Michael Yeung Ming-cheung.

"We are now into almost two years of stalemate: Initially it seemed obvious that Aux. Bp. Joseph Ha Chi-shing would be appointed, but his name was strongly unwelcome in Beijing since he showed too much sympathy for the democratic movement that rebels against the Chinese regime," Zen told Italian news media La Nuova Bussola Quotidiana.

Communism is not eternal, and when it falls it will be found that the Church has collaborated with this inhuman regime; [the Church] will have no more moral authority.

Zen also said he made a special trip to Rome to warn the Holy See against the appointment of Peter Choy Wai-man as the new bishop of Hong Kong.

Choy, one of the four vicars general of Hong Kong, "risks splitting the Hong Kong Church" and "apart from the strong reaction [to the appointment] among the majority of the Catholic faithful of the diocese, it would be the definitive capitulation of the Church before the Chinese political power," Zen said.

"It would mean that the 'secret' agreement, signed two years ago, actually gives a free hand to the rule of Beijing," Zen lamented.

But according to Cdl. Parolin, Pope Francis insists that "the sole scope of the provisional agreement is to support and advance the preaching of the gospel and to reestablish and preserve the full and visible unity of the Catholic community in China."

Communism is not eternal, and when it falls it will be found that the Church has collaborated with this inhuman regime; [the Church] will have no more moral authority. No deals can be made with this regime: even thinking of making deals with Beijing is crazy. It's like making a deal with the devil.

"Even though contact [with China] was blocked in recent months due to the pandemic, the results [of the concordat] have been positive, although limited, and suggest going forward with the application of the agreement for another determined period of time," the Vatican announced.

But Zen responded: "The time of the [faithful's worship in the] catacombs is back."

The atheist Communist Party has been ramping up persecution of Chinese Catholics, including those who have joined the government-run Chinese Patriotic Catholic Association (CPCA) in hopes that doing so would allow them to worship in peace. Some experts have charged that the Vatican's decisions are being influenced by $2 billion in annual payments from the Chinese communists. 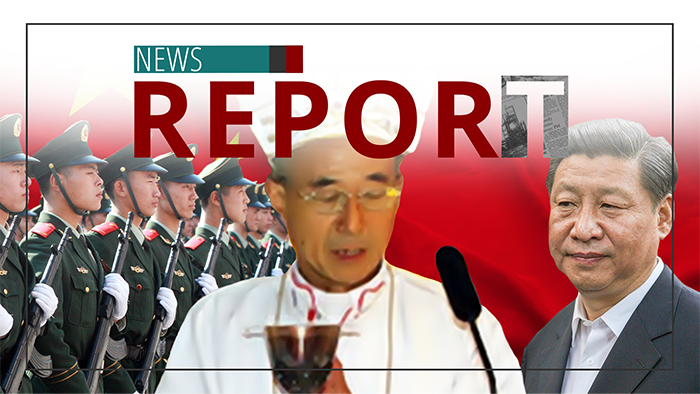