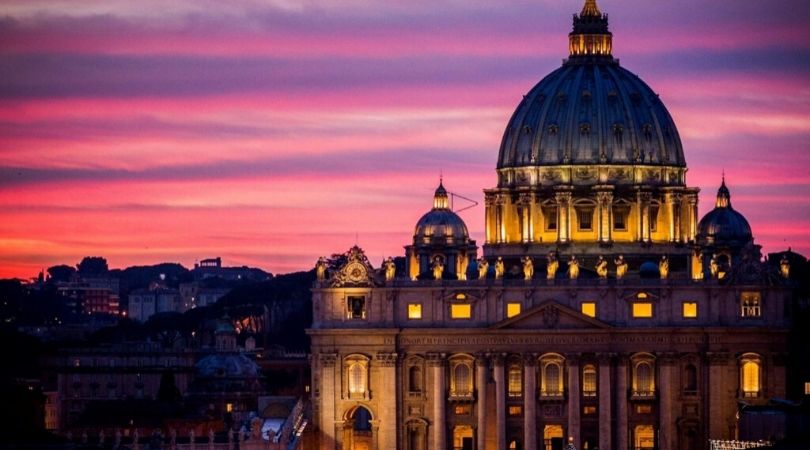 VATICAN CITY (ChurchMilitant.com) - Alarming projections loom about the Vatican's post-pandemic finances, according to the Vatican's new minister of economy, despite his measured words in a recent interview.

Father Juan Antonio Guerrero Alves, prefect of the Secretariat for the Economy, said, "Pessimistic projections [linger] around 45%," while he submitted an "optimistic" estimate at 25%.

"Today, we are unable to say whether there will be a decrease in donations to the Peter's Pence collection, or a decrease in contributions from the dioceses," he noted in an interview published by Vatican News May 14.

Guerrero said he was loathe to do the interview because "there are other more important things in the Church," but "this moment is challenging for everyone. ... It also requires clarity."

Guerrero was appointed to his new role in early January when news of Vatican financial scandals and shake-ups were being widely circulated — and the full throes of the pandemic started to be felt.

In December 2019, Church Militant reported on The Wall Street Journal's (WSJ) revelations that the Vatican was using as much as 90% of Peter's Pence funds — marketed as the pope's charity for the poor — toward paying off deficits in the Vatican's administrative budget, including salaries and related expenses.

"What the Church doesn't advertise is that most of that collection, worth more than €50 million ($55 million) annually," the WSJ noted, "goes toward plugging the hole in the Vatican's own administrative budget, while as little as 10% is spent on charitable works, according to people familiar with the funds."

Another scandal that hit the news was that Elton John's 2019 biopic Rocketman was being financed, in part, by Catholic parishioners' money originating from Peter's Pence. Church Militant reported that the Malta-based investment firm Centurion Global Fund — whose largest investor is the Vatican — funneled €1 million ($1.1 million) into producing the film, which contains "the most explicit gay love scene since Brokeback Mountain in 2005."

Numbers always need to be interpreted. There is a goal behind these numbers.

Seeming to play down the financial aspect of the post-pandemic crisis, Guerrero said, "We are not a business, we are not a company. Our objective is not to make a profit," later adding, "Our approach must be the maximum sobriety and the maximum clarity."

"Our bottom line is in view of mission. That is, a balance sheet that puts numbers into relationship with the Holy See's mission," he said.

Determining "what is and what is not essential" is important in navigating a post-pandemic world, Guerrero noted. "Our economy cannot be completely measured merely in terms of deficit, or cost."

In quantifying the Vatican's financial challenges, he said, "They are smaller in respect to the Holy See than many people imagine: less than the average American university, for example," adding, "In any case, the books tell us that between 2016 and 2020 both income and expenses have been constant: revenue, in the region of 270 million, expenses averaged around 320 million, depending on the year.

Expenses are distributed more or less as "45% personnel, 45% general and administrative expenses."

In relation to guaranteeing "the salaries of the people currently employed," he recommended humility: "We are not a great power. You can talk about the difficulty of making it in the large European countries. Imagine us. We need to be humble. We are a family with a small patrimony and the generous help of many."

Addressing recent financial scandals that have wracked the Vatican, Guerrero defended its financial stewardship: "[T]he deficit in recent years has fluctuated between 60 and 70 million" and are not "the result of poor administration, or that the Holy See's finances prove ... an immobile bureaucracy."

"That's not the case. It has nothing to do with that," he argued.

To get a fuller picture, he explained, "The Holy See's and the Holy Father's mission is behind these numbers, that is, the fullness of life and ecclesial service."

"Numbers always need to be interpreted. There is a goal behind these numbers. Behind the balance sheet there is a mission, the service that these expenses make possible," he clarified. "Perhaps we need to better explain, tell the story better. We certainly need to be clearer."

One "service" the minister referred to is "communicating what the Pope does in 36 languages, through radio, TV, the internet, social media, a newspaper, a printing house, a publishing house, the press room ... ."

Guerrero concluded that "the Vatican is not in danger of default," although "That doesn't mean that we are not naming the crisis for what it is. We're certainly facing difficult years."

Guerrero's "good news" is that "the Secretariat for the Economy (SPE), the Administration of the Patrimony of the Apostolic See (APSA), the Secretariat of State, the Congregation for the Evangelization of Peoples, the Council for the Economy and the Governorate are working together to deal with the crisis and reform what needs to be reformed."

"We have asked each entity to do everything possible to reduce expenses while safeguarding the essential services of its specific mission," he added.

The minister submitted that he sleeps well in the middle of the current crisis: "So far, no difficulty has robbed me of sleep," he said, adding, "I have faith in the Lord of Life, and I know that Life always ends up opening the way for us."

Father Guerrero is a Spanish Jesuit and was appointed prefect of the Vatican Secretariat for the Economy in January 2020. Before that he taught at the university level and held administrative positions within the Jesuit order. 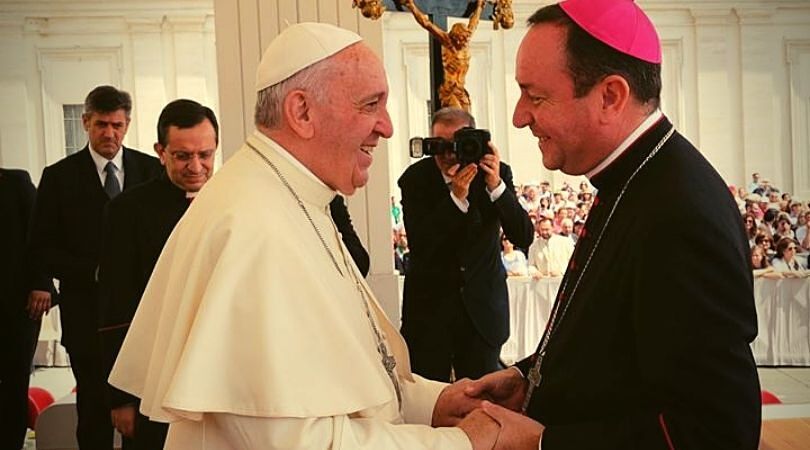 Alleged Sex Abuser Back at Vatican Bank
By Paul Murano   •   0