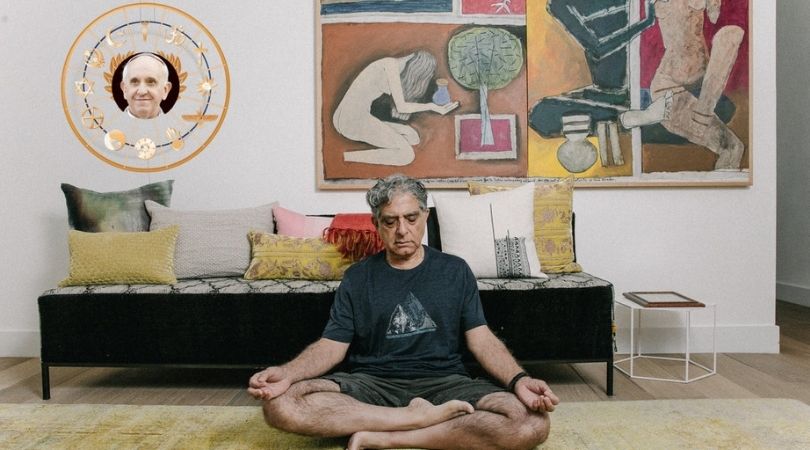 Disclaimer: The word "bullsh*t" is used in the article in the context of a quotation from an academic source. Church Militant has used the asterisk to demonstrate we do not endorse the use of the word.

VATICAN CITY (ChurchMilitant.com) - The Vatican's forthcoming conference on global health will host a hugely controversial Hindu guru who invented his own "third Jesus" after dismissing "the Jesus created by the Catholic Church" as "confusing."

New Age celebrity Dr. Deepak Chopra, whose net worth is estimated at $150 million, will address the Pontifical Council for Culture's health summit on "Exploring the Mind, Body and Soul," which will be held online from May 6–8.

Chopra, an endocrinologist by training, will speak at 11:30 a.m. on the first day of the summit, along with neurologist Rudolph Tanzi, on the topic of anthropology and neurosciences, speculating on the question of rewiring the brain to change the way we see the world.

The session is expected to discuss content from Chopra and Tanzi's popular book Super Brain: Unleashing the Explosive Power of Your Mind to Maximize Health, Happiness and Spiritual Well-Being.

"Chopra's book on the 'super brain' has little to do with science and a lot to do with Vedic mumbo jumbo. It unapologetically promotes Shankara's monist Hinduism — repackaging it for a gullible Western audience," a Rome-based scholar of Hinduism told Church Militant.

The academic, who spoke on condition of anonymity, explained:

Advaita Hinduism is a fundamental contradiction of Christianity. God cannot love the world because there is no world — the world is maya, an illusion. Matter "does not matter," so why talk about ecology? The Vatican is really tying itself into inextricable knots here, as this reeks of Gnosticism — a plague the embryonic Church fought for a couple hundred years.

Pick up any book by Chopra — he's written over 80! It's all about "consciousness" — the codeword for Brahman, the ultimate in consciousness, which monist Hindus call "god." Salvation or moksha is achieving this god-consciousness, but you can only do this if you recognize that you are not you, but you are god!

The academic pointed Church Militant to sections of Chopra's book that make dubious claims. Among these claims are the proposition that "consciousness is a singular that has no plural" and a reiteration of the ancient Sanskrit Vedic mantra, "Aham brahmasmi" (I am the universe).

Chopra's book on the 'super brain' has little to do with science and a lot to do with Vedic mumbo jumbo.

In their book on the brain, Chopra and Tanzi claim: "All spiritual experience, therefore, has to be unreal, never mind that blanket doubt applies to Jesus, Buddha, Lao-Tzu and countless saints and sages revered for thousands of years."

Chopra, who is promoting the COVID-19 experimental vaccine, claims 85% of pharmaceutical drugs do practically nothing and are mostly relying on a placebo effect.

Chopra's two heterodox books on Jesus — The Third Jesus: The Christ We Cannot Ignore and Jesus: A Story of Enlightenment present a Jesus who takes a Gnostic/Hindu path as "a teacher of higher consciousness, not just a shining example of it."

Jesus is 'not the Savior, not the one and only Son of God.' Jesus intended to save the world by showing others the path to god- consciousness.

"How Jesus came to be united with God was a process that happened in the mind. Seen from the perspective of Buddha or the ancient rishis (seers) of India, Jesus attained enlightenment," writes Chopra of "the pivotal Jesus" who "has been left out of the Bible."

"Nothing can be excluded from God, including evil itself, in the form of Satan," Chopra maintains. "Jesus intended to save the world by showing others the path to god-consciousness," and "like Buddha and every other enlightened person, Jesus wanted His followers to become enlightened too."

Chopra denounces the Catholic Church for its part in "the Crusades, in witch hunts, in burning people on the stake, homophobia, depriving women of their rights, all kinds of things." He traces the present-day crisis in Christianity to the Church's "obsession" with abortion, women's rights, homophobia and stem-cell research.

A peer-reviewed journal article penned by five psychologists (who hold academic positions at various Canadian universities) lampoons Chopra's writing as "a real-world example of pseudo-profound bullsh*t" (using the term not as a slur but as a scholarly term, as proposed by moral philosopher Harry Frankfurt).

Frankfurt, who examines St. Augustine's treatment of liars, categorizes "bullsh*t" as "a greater enemy of the truth than lies are" because "bullsh*tters seek to convey a certain impression of themselves without being concerned about whether anything at all is true."

The Canadian psychologists offer examples of Chopra's "woo-woo nonsense," citing a number of Chopra's abstruse and seemingly meaningless statements like "attention and intention are the mechanics of manifestation" and "nature is a self-regulating ecosystem of awareness."

"Deepak Chopra is one of the wealthiest holistic-health 'gurus.' This is not to say that everything Deepak Chopra has written is bullsh*t. Nonetheless, some of it seems to meet our definition of pseudo-profound bullsh*t," the psychologists conclude, noting that "Chopra's tendency to bullsh*t may have played an important role in his popularity."

Like Buddha and every other enlightened person, Jesus wanted his followers to become 'enlightened' too.

Medical practitioners have also censured Chopra as a peddler of "quackademic medicine."

Dr. David Gorski, surgical oncologist and professor of surgery at Wayne State University School of Medicine, says "Chopra's blather is a perfect example of how New Age mystical mumbo jumbo can infect medicine and be made to sound sufficiently 'science-y.'"

But "Chopra is the most harmless of the group invited by El Papa," writes Milanese journalist Maurizio Blondet in an article on the Vatican's health summit.

"The CEOs of Pfizer and Moderna can boast hundreds of assassins, obviously unpunished," Blondet remarks, citing Greek scholar Antonio Corso, who notes that "the theme of the conference is not serious; it is a sociological and smoky blah-blah-blah in which one can say everything and the opposite of everything."

The Vatican earlier invited Chopra as a speaker to its global health conference in April 2018.

Church Militant contacted the Pontifical Council for Culture for comment but received no response as of press time. 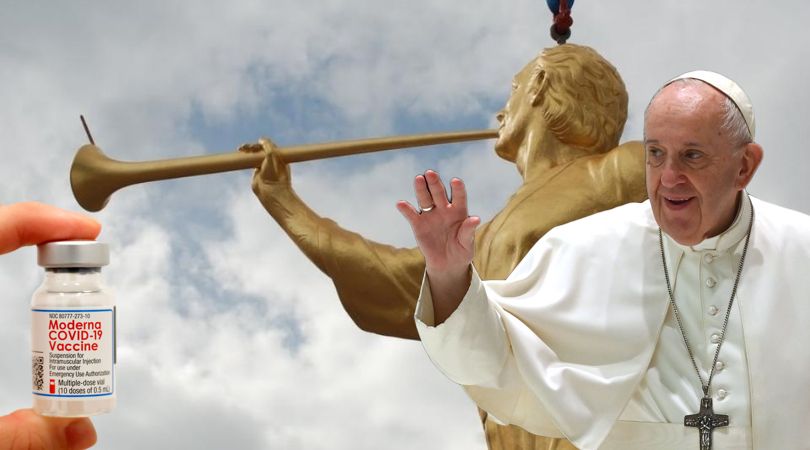