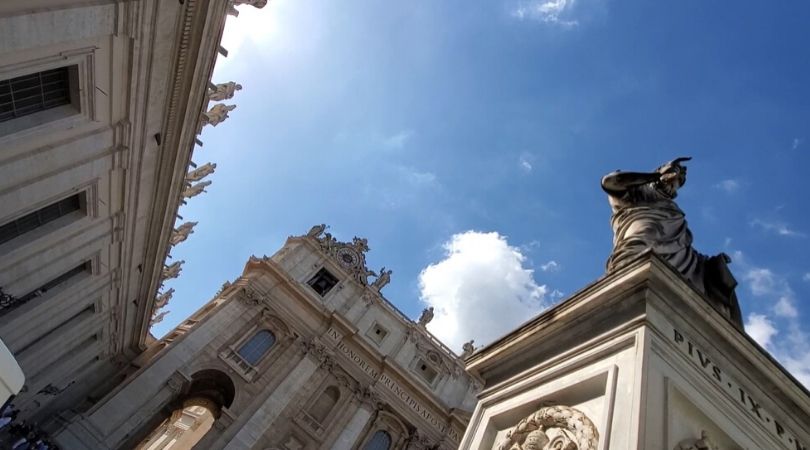 VATICAN (ChurchMilitant.com) - Questions continue to swirl over the Vatican's mishandling and misappropriation of hundreds of millions of euros.

Days after newly leaked documents revealed the Vatican's Secretariat of State misused hundreds of millions of euros in charitable donations for speculative business investments in the oil industry and luxury commercial real estate, a curial official has admitted to using American grant money to write off a questionable multi-million-dollar loan to a scandal-ridden Rome hospital.

A curial official has admitted to using American grant money to write off a questionable multi-million-dollar loan.

In comments made to Italian journal Avvenire Tuesday, Bp. Nunzio Galantino, director of the Administration of the Patrimony of the Apostolic See (APSA), which oversees Vatican assets worth more than half a billion euros, said, "The negative accounting data is exclusively due to an extraordinary intervention aimed at saving the operations of a Catholic hospital and the jobs of its employees."

The shortfall had been earlier reported in The Wall Street Journal:

Vatican officials say that about €30 million of last year's shortfall was from a one-time expense: the partial write-off of a loan given around four years ago to a Catholic hospital in Rome, the Istituto Dermopatico dell'Immacolata, that was being reorganized following financial difficulties.

The report continues, "Aside from the IDI loan, the Holy See's 2018 deficit expanded by several million euros over the previous year, continuing a long-term trend as investment returns and other income have failed to match expenses."

The Istituto Dermopatico dell'Immacolata (IDI) was investigated and indicted in 2016 for embezzlement, money laundering and tax fraud to the tune of nearly 1 billion euros.

Although the Vatican bank initially agreed to granting a 50-million euro loan to IDI, under the sponsorship of the Italian government, Cdl. George Pell, then-prefect of the Secretariat for the Economy, objected to the move in 2015, questioning the wisdom of such a transaction and preventing it from going through.

APSA, under Galantino's direction and not under Pell's control, ultimately financed the loan, with Bambino Gèsu Hospital serving as guarantor.

The loan, however, may have violated policy forbidding APSA from using its funds toward commercial investments. As revealed by journalist Gianluigi Nuzzi in his newly published book Universal Judgment, the APSA loan was an illicit use of its money.

In 2012, APSA had agreed that in exchange for being released from regulatory oversight by the Vatican's Financial Intelligence Authority (AIF), it would not engage in business investments, categorizing it as an entity that does not carry out "financial activities on a professional basis."

The 50 million-euro loan to IDI, however, appears to have violated APSA's agreement, which could place the entity back under AIF's oversight.

As to Pell, just as he was beginning to implement reforms to clean up Vatican finances, he was released from his curial position in 2017 to stand trial in Australia over historic sex abuse claims, for which he is now serving time in prison. His case is on appeal, and the cardinal has consistently denied the accusations.

After the hospital was unable to pay back the loan, the Vatican requested $25 million from the Philadelphia-based Papal Foundation, initially agreed to as a loan but unilaterally turned into an outright grant by Cdl. Donald Wuerl, then-chairman of the Papal Foundation.

Inside sources confirmed with Church Militant that Wuerl was in fact the "mastermind" behind the controversial $25 million grant, which he rammed through in spite of objections from multiple members of the Papal Foundation, including the former head of the Audit Committee, Jim Longon, who lodged objections and eventually resigned in protest.

Now-laicized homosexual predator Theodore McCarrick was also behind the push to give $25 million to the Vatican.

Wuerl at the time considered Longon a lone maverick, confident the vote to send the $25 million would be approved almost unanimously. He was shocked to find that nine of the 24 board members rejected the proposal after a secret vote.

"As head of the Audit Committee and a Trustee of the Foundation, I found this grant to be negligent in character, flawed in its diligence, and contrary to the spirit of the Foundation," Longon wrote in his resignation letter. "Instead of helping the poor in a third-world country, the Board approved an unprecedented huge grant to a hospital that has a history of mismanagement, criminal indictments, and bankruptcy."

An initial grant of $12 million was authorized, but foundation members balked at giving the remaining $13 million. As a result, Pope Francis cancelled an annual meeting with the organization that year, inside sources confirming with Church Militant that Wuerl was behind the cancellation, suggesting the retaliatory move in order to send a clear message and muscle the trustees.

His tactic worked, and the board agreed to give the pope the remaining $13 million. As reported by Church Militant: "When members started asking difficult and uncomfortable questions about why the money still had not been returned seven months later, they were told that someone had decided the $13 million would not be returned in whole but converted into a loan."

An email sent to members of the Papal Foundation and obtained by Church Militant revealed a number of questions surrounding the loan:

Question: What is the necessary collateral to justify this loan? Answer: There is no collateral.

Question: Who prepared the load agreement? Answer: Cardinal Parolin's letter of intent to repay is our only agreement.

Parolin is the Vatican secretary of state, the second most powerful man in the Vatican. That indicates that this scheme goes all the way to the top of the Vatican.

Question: Who is the party responsible for this loan? Answer: The Vatican, we hope, on some level.

Question: Signer on the loan? Answer: None.

Interest rate charged on the loan? None.

When will the loan be amortized, meaning when do payments begin and over what time period?

Answer: Cardinal Parolin stated that they would endeavor to start to repay us in 2022.

What penalty will be assessed if payments are not made? Answer: None.

Galantino's comments on the loan were made in response to Nuzzi, who claims the Vatican is facing a "financial crash" owing to plummeting donations in light of the clergy sex abuse crisis as well as unprofitable business investments.

Among those business investments, as Church Militant reported, was a $250-million-euro purchase of a 5% share in Falcon Oil, which owns an oil platform off the coast of Angola. The transaction was made under the direction of the Secretariat of State, which sold the shares to invest in an upscale London property, converted into 50 luxury apartments.

The London real estate transaction is at the heart of the Oct. 1 Vatican raid on the Secretariat of State, implicating both Cdl. Pietro Parolin and his deputy, Abp. Edgar Peña Parra.

According to the documents obtained by Italian journal L'Espresso, the Secretariat of State, headed by Cdl. Pietro Parolin, with the help of his deputy Abp. Peña Parra, owns and manages funds to the tune of about $715 million "deriving in large part from donations received by the Holy Father for charitable works [Peter's Pence] and for the sustenance of the Roman Curia."

The Secretariat of State owns and manages funds to the tune of about $715 million.

The Vatican apparently invests in a number of speculative offshore operations, using Credit Suisse bank, "in whose Swiss and Italian branches the Vatican is paid up to about 77% of the assets managed." Credit Suisse got 8% of the cut owing to fees.

Galantino was quick to deny Nuzzi's claims about APSA's financially precarious situation, saying Tuesday, "In reality, the ordinary management of APSA in 2018 ended with a profit of over €22 million."

He also denied Nuzzi's allegations that APSA continues to operate in violation of its agreement with AIF, holding a number of private encrypted accounts that may be linked to money laundering.

"APSA has no secret or encrypted accounts," said Galantino. "Anyone is welcome to prove the contrary." 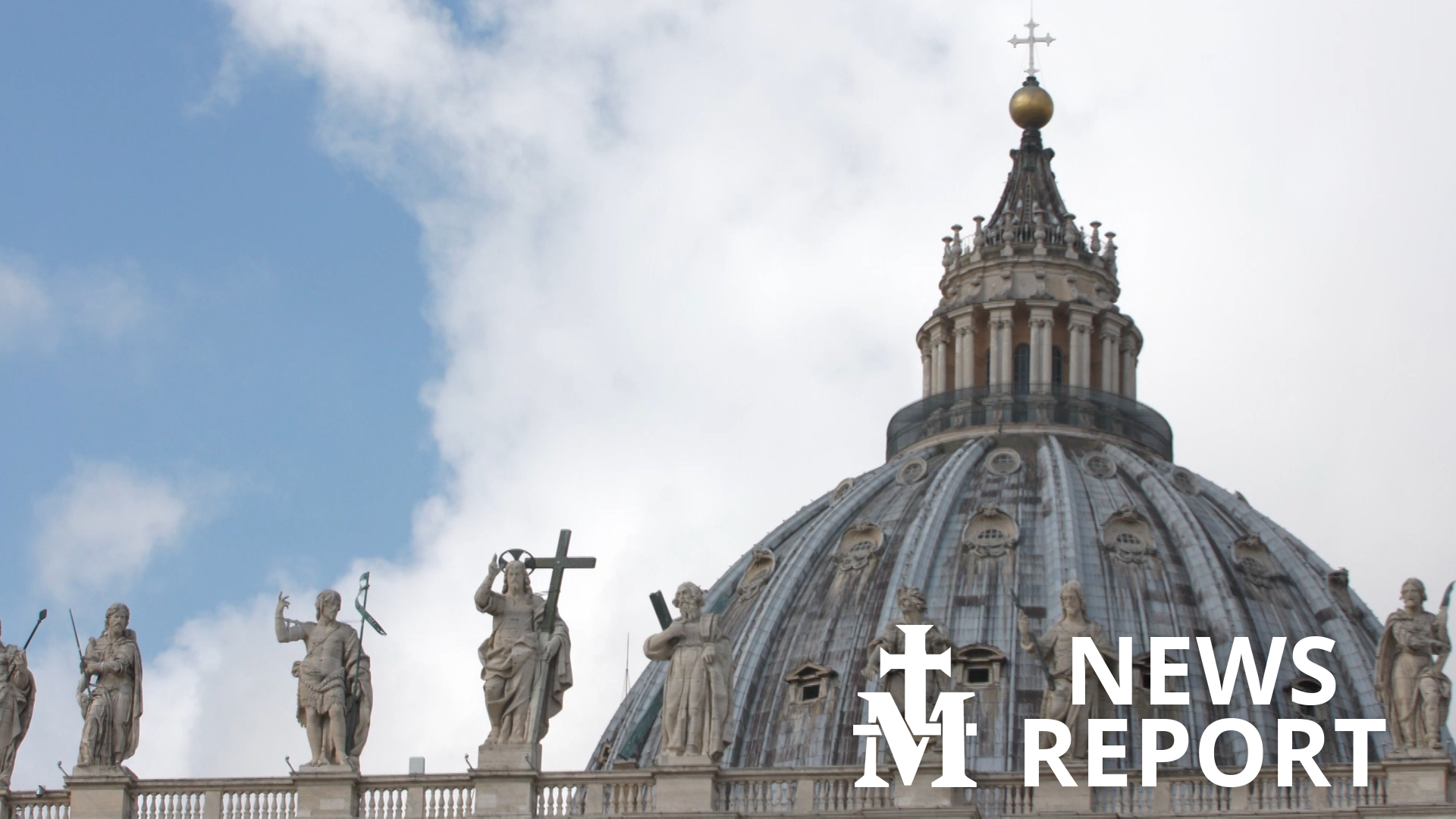