Bishop Gustavo Zanchetta, indicted in Argentina for unwanted sexual advances towards two seminarians, obtained Vatican citizenship in 2018 even though accusations of sexual and financial improprieties had already been leveled at him.

According to a May 27 report by InfoVaticana, Bp. Zanchetta, 57, was given the rarely-granted citizenship of the Vatican City State on May 7, 2018. At the time, Zanchetta was already facing accusations of criminality in his native Argentina.

Citizenship to the world's smallest state — in terms of geographical size and number of citizens — is normally granted in just three situations:

Zanchetta was one of Francis' first appointments to the episcopacy in 2013. He had previously served as undersecretary of the Argentine bishops' conference, which Francis led from 2005–2011. The two men were well-acquainted since Francis was Zanchetta's confessor.

During his time as bishop of Oran (in the Salta province of northern Argentina), Zanchetta was accused in 2015 of "strange behavior" when pornographic pictures, in some of which he appeared, were allegedly found on his phone.

Fr. Juan José Manzano, who served as Zanchetta's assistant, told AP News in January 2019 that he had informed the Vatican about his boss' authoritarian rule and inappropriate behavior and sent on the offending photos. In 2017, Manzano and two other priests seconded to the Vatican their accusations.

The first criminal accusation was made against Zanchetta in 2016 but was not made public for two years. Citing "health reasons," Zanchetta precipitously abandoned his flock and priests without a farewell in August 2017, taking refuge in Spain. In just three days, Francis allowed him to resign. In May 2019, Francis told an interviewer for Televisa, "I had him come and asked for his resignation. Quite clearly. I sent him to Spain for a psychiatric examination."

The reasons for Zanchetta's flight soon became clear after he was publicly accused by priests of the sexual abuse of adult seminarians and misgovernment in 2016 and 2017. Charged by the local government with "aggravated continuous sexual abuse committed by a minister of a religious organization" and, following a raid of diocesan files by Argentine law enforcement, Zanchetta also faced charges of financial misconduct and defrauding the government.

Under Argentine law, simple sexual abuse may be a 'matter of perception.'

Zanchetta stands accused of receiving hundreds of thousands of dollars in government funds that he used to embellish his official residence and for lectures at the diocesan seminary that never took place. He is also accused of selling Church property without permission. Zanchetta has appeared several times before Argentine courts since then. If convicted, he could face 3–10 years in prison. He last faced an Argentine judge in November 2019.

Seminarians and clergy in Argentina complained about Zanchetta's behavior and management style to the Vatican's diplomatic representative in Buenos Aires. In the interview with Televisa, Francis said of Zanchetta:

Obviously he had a manner, some say despotic, overbearing, unclear financial management, it seems, that is not proven. The clergy felt mistreated by him. As clergy, they complained to the nunciature, and the nuncio told me: "Look, the thing about the complaint is serious, for mistreatment," abuse of power, we could say, right?

The pope said that after reading the file, he sent it to the Congregation for the Doctrine of the Faith for investigation. On Jan. 3, 2019, the Vatican revealed that Zanchetta was under canonical investigation. At the time, papal spokesman Alessandro Gisotti claimed the Vatican did not know of the accusations that emerged in the fall of 2018 against Zanchetta.

Despite the allegations of sexual misconduct and financial misdeeds, Zanchetta was invited to take a job at the Vatican as assessor, or councilor, to the Administration of the Patrimony of the Apostolic See (APSA) — a post reportedly created for him by Francis. APSA administers 5,000 properties owned by the Vatican. Zanchetta was required to live at Casa Santa Marta, where the pope himself resides. Zanchetta returned voluntarily to Argentina to appear in court on Nov. 28, 2019, and has since returned to live in Vatican City.

Manzano, the priest who made the first accusations against Zanchetta, described the accused as "sick" and a "sociopath." He told Argentine news site Infobae, "There was never any intention of hiding anything. It was never the Holy Father's intention to defend him in anything." For Manzano, both Pope Francis and the clergy of Salta were Zanchetta's "victims."

Zanchetta has filed a criminal complaint against the Spanish news site InfoVaticana for alleged calumny after it reported on his activities in Argentina. The website refused to apologize or withdraw its reporting on the scandal, which was based on Argentine media accounts. The bishop is demanding 300,000 euros in compensation.

Fr. Javier Belda, who has served as Zanchetta's lawyer and spokesman, was recently stripped of his title as dean of Human and Religious Sciences of San Antonio University in Spain. Reportedly, he had given false information about his academic credentials. Aitor Canales is currently serving as legal counsel to both Zanchetta and Belda.

Thanks to a filing by a private citizen, Pope Francis himself was named as a conspirator in the cover-ups of clerical sexual abuse.

According to Pagina 12, a leftist Argentine website, Belda said that under Argentine law, simple sexual abuse may be a "matter of perception" and could be "in the realm of molestation." Speaking at the time of Zanchetta's 2018 appearance in court, Belda said, "I don't think we are clear about the specific acts of which Zanchetta is accused. It has been reported that the bishop is accused of rape: That is not true."

Besides Zanchetta, numerous other Argentine bishops and priests are facing charges or have been convicted of sex crimes against minors and adult seminarians. Among them are:

Thanks to a filing by a private citizen to Argentine authorities, Pope Francis himself was named as a conspirator in the cover-ups of clerical sexual abuse. At issue are multiple cases of child rape and abuse allegedly committed by members of the clergy and religious orders during the time Francis served as archbishop of Buenos Aires.

Among the worst cases of abuse committed by clergy occurred at the Antonio Provolo school and orphanage for deaf children in Mendoza, Argentina, during the time Francis was archbishop of Buenos Aires. Two priests and an employee were convicted of raping children. Meanwhile, two female members of a religious order and several other women stood trial for complicity in perverse and sadistic acts. 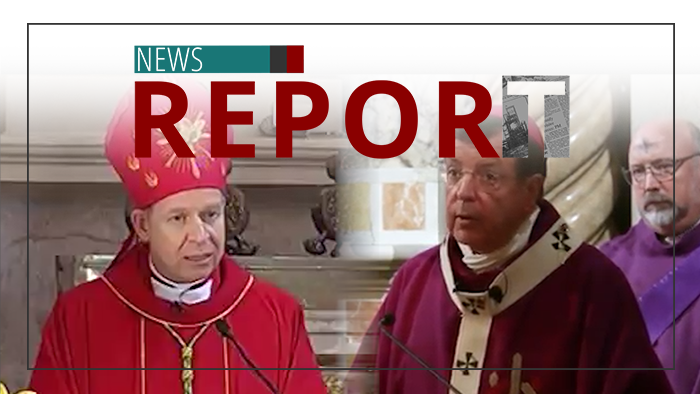