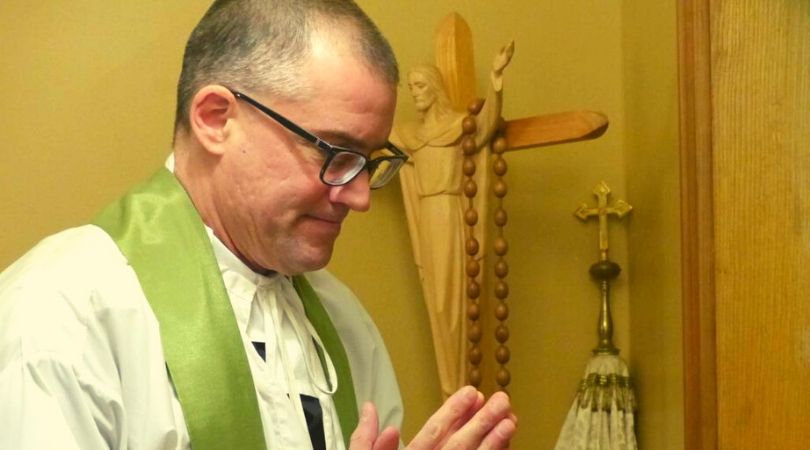 The Vatican's Congregation for Clergy (CFC) will not hear an appeal by Fr. Mark White, who is resisting attempts to oust him as pastor of two parishes by Richmond's bishop, Barry Knestout. In a response dated June 2, the CFC told White's advocate (who submitted the appeal) that White's petition was not submitted by the proper person and that the deadline has now passed for it to be resubmitted.

Such appeals "must be submitted by the cleric himself or one who has been mandated to act as procurator," asserted the CFC.

Cardinal Beniamino Stella, the CFC prefect who signed the response, added, "For this reason, the petition has been placed illicitly, and must therefore be rejected ... . Furthermore, this dicastery would note that the peremptory time limits for a correct placement have now passed, and that your client should now report to his new assignment, in obedience to his ordinary."

Knestout, who rose to prominence as personal secretary to Theodore McCarrick and vicar general for cover-up Cdl. Donald Wuerl, took exception to White's blog calling out the hierarchy's mishandling of the ongoing sex abuse crisis. He took issue with White's personal blog that he has maintained since 2008.

In 2018, White began expressing his outrage over the role of complicit clergy in the crisis of sex abuse enveloping the Church. The title of such blog posts include:

Because of White's resistance to taking down the blog, Knestout is using canonical means to sideline the outspoken priest. Knestout has subsequently been trying to remove White as pastor of two parishes — St. Francis of Assisi in Rocky Mount and St. Joseph in Martinsville. Knestout is pushing White to abandon his pastoral duties and relocate to another town more than two hours away.

Because of White's resistance to taking down his blog, Knestout is using canonical means to sideline him.

In response, White laid out for the bishop what he called his "canonical arguments" and asked that "especially considering the imminent need we priests ... have to communicate over the internet, he formally remove his threat to remove me if I publish my blog."

White added, "Given all the strains on our parish community-life caused by the virus outbreak, I feel duty bound to use my blog as an avenue of pastoral communication."

White has been resisting his removal by launching a canonical lawsuit. The lawsuit had suspended Knestout's order that White be removed as pastor of both parishes. White's lawyer has reminded Knestout that a pastor has "rights and duties" that include an "obligation of residency in a rectory near the church."

Following the Vatican's ruling, Knestout wrote to White on June 17, telling him to vacate the St. Joseph Rectory by June 20 and to relocate to Jubilee House, a retreat center in Abingdon, Virginia. He also ordered White to take down his blog, which continues to focus on the clerical sex abuse crisis sweeping the Church.

I pray for better days.

"The restoration of your priestly faculties ... will be dependent on your taking down your blog, as you were directed by decree." The referenced decree states:

Reverend Mark White is to cease from this moment in disseminating his opinions by means of any social media: in print, by audio, or video, or any digital means. ... Any previous posts are to be removed from all social media and the account is to be closed. In the exercise of his pastoral office, Fr. White is to refrain from all assertions against, or judgments about, the hierarchy of the Church.

But White told Church Militant that to obey this decree would violate certain papal directives.

"The pope says we stand for human rights, honesty and openness," said White. "I cannot betray our principles by giving in to this. I have written critically, but always with devotion and love for the Church."

White feels greatly burdened by the current turn of events. "I pray for better days," he said.

White's parishioners are backing him and showing support, for example, from the parking lot of St. Joseph Parish in Martinsville and by speaking up for him on air. "He deserves justice. He deserves not to be mistreated," said one supporter.

White's supporters say this isn't just a battle between White and Knestout, but a fight for the future of the priesthood.

White now plans to appeal to higher powers. "We are going to have a peaceful, prayerful vigil outside the Chrism Mass of our diocese, in Richmond, in two weeks," he concluded.