Sunset of the Francis papacy

A relatively well-organized propaganda summit was brought to a successful corporate close today just a few hours ago as Pope Francis made an important statement.

He said, "Indeed, in people's justified anger, the Church sees the reflection of the wrath of God, betrayed and insulted by these deceitful consecrated persons."

At this point, a line from the Book of Job comes to mind: "Your own mouth condemns you."

The Church under Pope Francis is really the McCarrickist Church in which all this evil has been allowed to fester and grow.

True, McCarrick did not begin the evil, but during his 50 years as a priest, bishop, archbishop, cardinal and resurrected advisor under Francis, it escalated to unimaginable heights.

Some of the very men either advanced by McCarrick and/or who knew about him are now essentially running the show — men like Cupich and Farrell.

Cupich immediately shut down any discussion of the real cause of the crisis — homosexuality among the ranks of the clergy — even communicating to bishops that they were not to talk to the press and especially not to raise the question of homosexuality during the summit.

What has been set up under Cupich and the rest of the homosexualist inner circle of Pope Francis is not transparency, but a hall of mirrors where things look a certain way, but nothing can ever be clearly ascertained or figured out.

A concentration of forces, an alignment of the stars, began here with clerics and laity alike completely fed up with the lies and distortions and deflections from those within the Vatican.

So the Pope listed eight points — best practices — that weren't really even the fruit of this summit but came instead largely from the World Health Organization that he just sort of "baptized."

Those are: protection of children; impeccable seriousness; genuine purification; formation; strengthening and reviewing guidelines by episcopal conferences; accompaniment of those who have been abused; the digital world and sexual tourism.

But again, nothing specific; and in some cases, so ridiculously broad that each could be the topic of its own pointless four-day summit.

Speaking of the "wrath of God," one would presume that it would extend to those who create the environment for this evil to be incubated and then set loose.

But on that score, not much was on the agenda.

Cover up bishops: not really an agenda item.

Homosexuality within the clergy: not on the agenda.

Anything specific, anything about accountability for bishops: also hard to find on the agenda.

The financial crimes that are usually part and parcel of this evil: also not really on the agenda.

The crimes and sins against seminarians: hard to find on the agenda.

A complete opening up of the extensive McCarrick file to discover not just how the man advanced, but more importantly, who his protectors and enablers were — in other words: the network. You guessed it, not on the agenda.

In short, we were told that those who sexually abuse children — the actual abusers themselves — are tools of the devil and do the devil's work. And that's where it pretty much stopped.

Well, thanks for that show stopper. No one out here in faithful Catholic land had ever really considered that before this colossal waste of time.

Even headlines from the secular media giants are also saying not much happened — lots of words, little action or meaning.

In other words: a lot by way of the dog and pony show, but that was about it.

If this summit accomplished anything good, however, it was that a concentration of forces, an alignment of the stars, began here with clerics and laity alike completely fed up with the lies and distortions and deflections from those within the Vatican.

Eyes are starting to open wide that almost to a man, anyone considered an insider of this pontificate simply cannot be trusted.

Bishops we have talked to privately admit that some of these leaders are lying. Others say it's very clear that huge numbers of men ordained to the priesthood should never have been.

Many were hoping, probably against reasonable hope, that Francis might finally wake up and take the horse by the reins and set about fixing this.

This phony summit might well turn out to be the sunset on the papacy of Francis.

But with news coming out of Argentina and Chile getting more and more attention — pointing at what looks like the Pope's own personal involvement in assorted cover-ups — a massive clamp down on the network and its cover-up was never really in the cards.

The Pope is growing older. The men around him, while still in authority, are essentially being disregarded more and more. This phony summit might well turn out to be the sunset on the papacy of Francis.

With his own cases now coming to the forefront, with federal and state investigations intensifying all over the United States, it looks more and more likely that this papacy is simply going to be buried by the avalanche of sin and immorality that so many of its defenders have had their hands stained by, symbolized by the resurrection of Theodore McCarrick, who was the entire reason this summit had to be called to begin with.

It's not too early — given all this — to begin turning attention to the next conclave; a conclave no doubt that, despite its top-heavy Francis appointed cardinals, may very well want to never have to deal with this sinful, embarrassing situation again.

Pope Francis now appears to be the pope who will go down in history as not the great reformer, but the man who could not extricate himself from his own past and alliances and was eventually buried under a mountain of homosexual filth, homopredator priests and the hierarchy that tried unsuccessfully to keep it all covered up.

If that is what this summit turns out to be, then perhaps it wasn't a total loss after all. 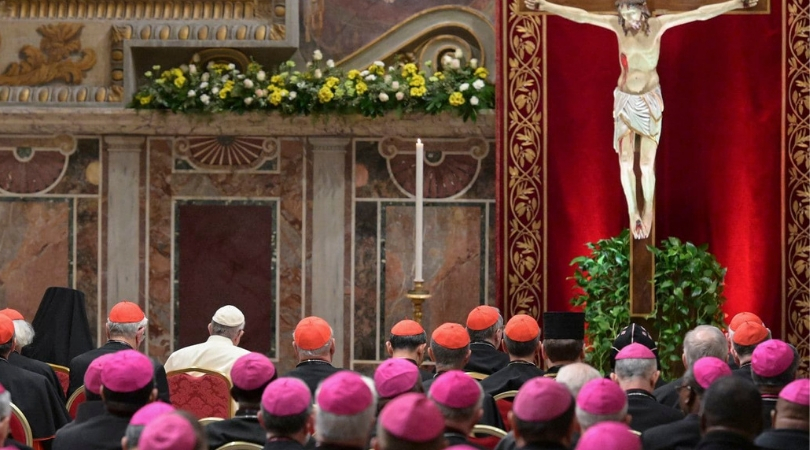 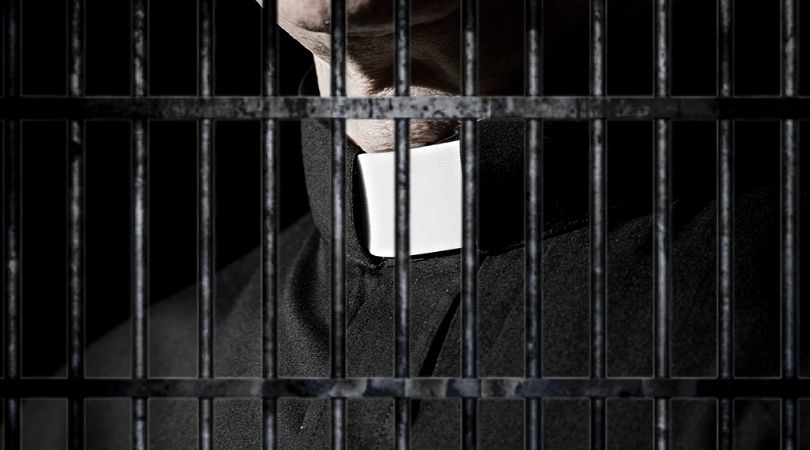 Defrocked, Imprisoned or Both?
By Church Militant   •   0