Michael Voris reporting from on the ground in Rome

As much as Cardinal Blase Cupich of Chicago tries to deflect on the question of homosexuality being at the root of the sex abuse crisis, he keeps failing.

In fact, it would appear that from these first few days before the summit begins, the issue of homosexuality keeps getting larger and larger the more Cupich and the homoclerical mob at the Vatican tries to downplay it.

For example, in the run-up to the summit, more than a hundred faithful Catholics stood in silent protest in Piazza San Silvestro against the Vatican's silent policy on "the terrible plague of homosexuality."

At an earlier press conference, The National Catholic Register's Ed Pentin went straight to the issue, asking Cupich why sexual abuse of seminarians was not on the agenda.

And CNN's Delia Gallagher followed up with a searing question about what she called a hypothesis that the reason sex abuse was not being properly addressed was because many of the hierarchy were themselves homosexual and had no interest in taking the issue seriously.

Adding fuel to the growing inferno that Cupich and company desperately want to extinguish, Cdl. Raymond Burke and Cdl. Walter Brandmüller wrote an open letter to the bishops of the summit asking them to "end the plague of the homosexual agenda in the Church."

This follows on Abp. Vigano's published testimony late last week that put the problem in very strict terms, asking the question: "Why does Pope Francis keep and even call as his close collaborators people who are notorious homosexuals?"

And underscoring the sexual problem in the clergy and hierarchy he said, "[T]hose who suffer from deep-seated same sex attraction should never be admitted to the seminary."

Earlier, former prefect of the Congregation for the Doctrine of the Faith Gerhard Müller publicly said, "[It] is a fact that over 80 percent of child victims of abuse are males and teenagers. We must face this reality; they are statistical figures that cannot be denied."

And in what many interpreted as a shot across the bow at Cupich directly, he added, "Anyone who ignores the facts does not want to solve the problem" — a theme echoed by Abp. Vigano, who said there is no genuine willingness among the bishops to end sexual abuse owing to what he terms the "homosexual current" present in the hierarchy.

It's been clear since the McCarrick news broke last June that what's called Team Francis has been pulling out all the stops to make sure that the crisis is not seen in terms of homosexuality among the clergy and hierarchy.

But come tomorrow, despite his best attempts to out out these fires, a book by a French gay atheist will be released saying essentially the exact same thing — and adding the rather important underscore that according to his research, four out of every five clerics in the Vatican are gay.

That is a message that Cupich and company — especially after all these months of trying to deny that — are not looking forward to addressing. 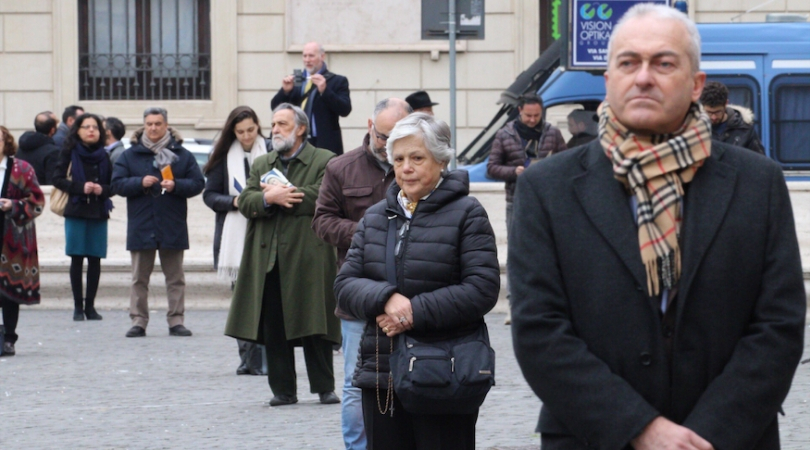