Predator Priests on Trial at Vatican

VATICAN CITY (ChurchMilitant.com) - Two priests will stand a criminal Church trial this week — one for homosexual rape of at least one minor when a seminarian and the other for cover-up as a superior.

Father Gabriele Martinelli will appear before a Vatican criminal court on Thursday for charges of sexually abusing younger students as a seminarian at the minor seminary of St. Pius X, while the rector's former rector, Fr. Enrico Radice, will face charges of aiding and abetting the abuse.

An investigation into the abuse began in November 2017, leading to an indictment in 2019.

Nothing was done to stop the abuse despite complaints to school authorities. The abuser went on to become a priest.

Previous reports claim a priest was entering the rooms of seminarians at St. Pius X for sexual acts, with at least one of those seminarians underage at the time.

Previous reports claim a priest was entering the rooms of seminarians at St. Pius X for sexual acts.

Nuzzi alleges the Congregation for the Doctrine of the Faith was informed in 2013 but claimed no abuse had occurred.

Le lene, an Italian television program, interviewed a Polish man named Kamil — a 21-year-old who said he entered St. Pius X at age 13 to be an altar boy for the pope. Kamil told Le lene that an older student used to enter their room to abuse his roommate.

That abuser was ordained in June 2017, according to Le lene. It is assumed the abuser is 29-year-old Fr. Gabriele Martinelli, of whom Italian authorities are conducting their own investigation.

Church Militant reported in 2019 that Kamil was then-seminarian Kamil Jarzembowski, who had warned minor seminary superiors Martinelli was a homosexual abuser. Jarzembowski reported Martinelli had been raping his roommate and other seminarians for years.

After a preliminary investigation into the matter by Fr. Andrea Stabellini, judicial vicar for the diocese of Como, concluded further investigation was merited. But Vatican whistleblower Abp. Carlo Maria Viganò said the Vatican quashed any further inquiry, even punishing everybody but the perpetrator:

The bishop of Como removed Don Stabellini from the post of judicial vicar; the whistleblower, the seminarian Kamil Jarzembowski, was expelled from the seminary; the two fellow seminarians who had joined him in the denunciation left the seminary; and the alleged abuser, Gabriele Martinelli, was ordained priest in July 2017.

St. Pius X "is an institute of vocational orientation in Vatican City desired by Pope Pius XII and the Venerable Don Giovanni Folci in 1956, with the purpose of [providing] liturgical service in the Papal Basilica of Saint Peter," according to its website. The minor seminary "is a community that welcomes adolescents and young people from all the dioceses of Italy and the world."

The whistleblower, the seminarian Kamil Jarzembowski, was expelled from the seminary.

St. Pius X is physically in the Vatican but under the diocese of Como, located roughly 30 miles north of Milan in Northern Italy.

The rector of St. Pius X at the time, Fr. Enrico Radice, is listed as a member of Sacerdoti di Gesù Crocifisso (Priests of Jesus Crucified), set in motion by Don Giovanni Folci in the early 1900s. 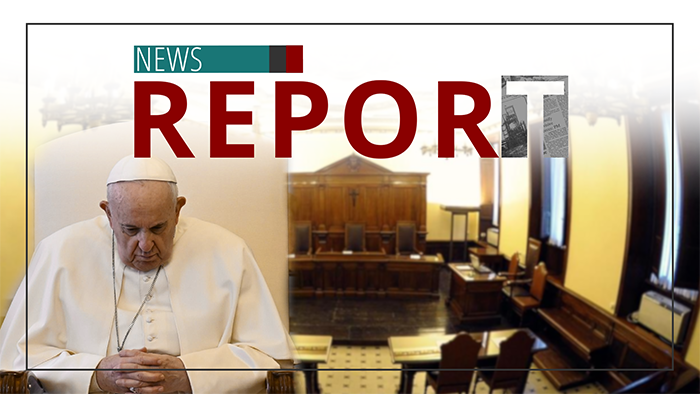