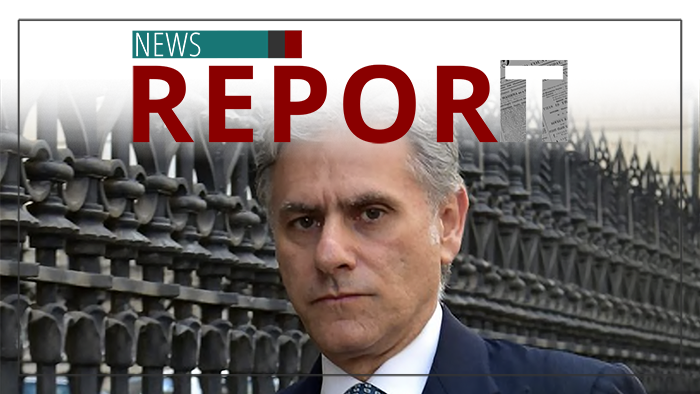 A raid by Italian police last October on the Vatican's diplomatic offices led to the dismissal of several money people including Tommaso Di Ruzza, head of Holy See watchdog group the Financial Information Authority, or AIF.

These are big shoes to fill, as Ruzza helped rewrite the Vatican's anti-money laundering laws.

The raid in October uncovered nearly half a billion dollars diverted from Peter's Pence, a fund set up to help the poor.

Michael Voris remarked, "Let that sink in — a half a billion dollars stolen. Those optics immediately look bad, really bad."

Cardinal George Pell admitted in 2017, "There have been relentless character assassinations."

During a recent interview with Sky News, Anchor Andrew Bolt asked Pell, "Have you ever considered that the trouble you are causing to corrupt officials in the Vatican was related to the troubles that have since happened to you here."

Pell responded, "Most of the senior people in Rome who were sympathetic to financial reform believe that they are."

Beginning in 2014, Pell uncovered nearly 1 billion euros hidden in the accounts of various dicasteries in Rome. Phony lawsuits have sidelined him ever since.