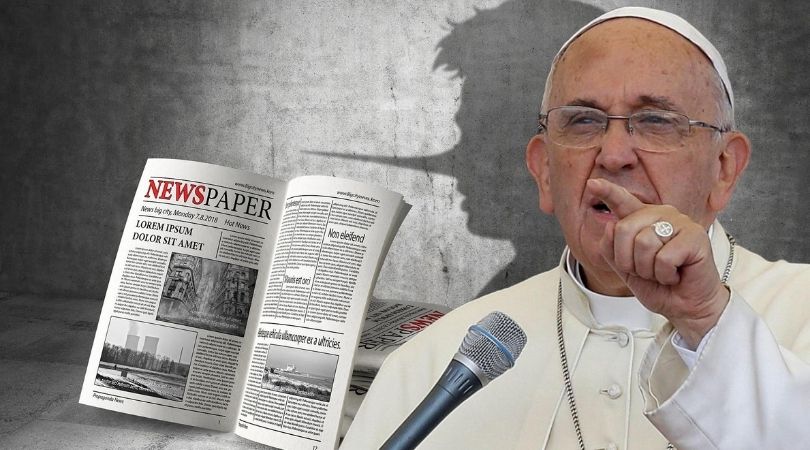 VATICAN CITY (ChurchMilitant.com) - The Holy See Press Office has expunged Pope Francis' shocking scatological diatribe against the media and replaced it with a sanitized version after the pontiff attacked sensationalist reporting using the crass terminology of "coprophilia" and "coprophagia."

Speaking to journalists from the Catholic News Service (CNS) at Casa Santa Marta on the occasion of the 100th anniversary of its foundation, Francis recalled an earlier occasion in Argentina where he spoke to print journalists and used the same terms to denounce "sins" afflicting journalism.

Encyclopedia.com, an online resource referring to academic sources like Oxford University Press, defines coprophilia as "the condition of desire for sexual gratification and sexual arousal derived from the smell, taste or sight of feces or from the act of defecation."

According to Encyclopedia.com, coprophilia, once connected almost exclusively with homosexuality, "is regarded as the most taboo consensual sexual activity and commonly is reviled as much as or more than violent or nonconsensual acts such as rape and pedophilia."

The journal Case Reports in Psychiatry defines coprophagia as "a rare and distressing disorder characterized by symptoms of compulsive consumption of feces." The term is used of dogs who eat their own feces or the feces of another species, according to the Encyclopedia of Animal Behavior.

On Monday, Francis told journalists from CNS — the official news agency of the U.S. bishops' conference — in a private audience "not to forget these four sins: disinformation, calumny, defamation and coprophilia."

Those lips that daily pronounce Our Lord's sacred words of consecration have publicly spoken words referring to the worst sexual depravity.

According to Vatican News, the pontiff defined "misinformation" as "giving one side without the other." Nuances are seen when journalists report both sides. But misinformation is a sin because it leads to error.

Pope Francis, however, did not address the failure of the Holy See Press Office to respond to media queries and requests for clarification.

The grave sin of "slander" consists in harming a person's reputation "with a lie," while "defamation" sullies a person by recalling a past that no longer exists, Francis continued.

Finally, the pope denounced "coprophilia," describing it as "the love of filth," which is motivated by the fact that "scandals sell." People often have the vice of "coprophagia," or consuming scandals, he added.

A Vatican insider told Church Militant that an Argentinian priest close to Francis had pleaded with the pontiff not to use gross and contemptuous terms which might be suitable for the back streets of Buenos Aires but not for consumption by the international media and the global Church.

A Google image search for the word "coprophilia" immediately yields pictures of Pope Francis along with indecent images of persons indulging in the dehumanizing psycho-sexual disorder.

Francis told the CNS delegation that the role of U.S. Catholic journalists was to promote unity and to "try to get people to talk to each other, reason together and seek the path of fraternity."

How wonderful it would be if the Petrine Office were restored to the holiness and honor it held during the days of the Council of Chalcedon.

Slamming division in the Church, the pope remarked, "But if the communications media throw gas on the fire on one side or another, it doesn't help."

"There are, perhaps, traditionalist groups in the United States, but there are here in the Vatican, too," Francis noted, alluding to his familiar theme of traditionalists causing divisions in the Church. He noted, "This can be healed."

CNS attempted to explain away Francis' unpalatable references, noting that the pope described "coprophilia" as "a love of dirt," because "scandal sells."

"As successor of St. Peter and divinely instituted Vicar of Christ, Pope Francis shares in the teaching office of Our Lord Jesus Christ," popular Catholic writer Nick Donnelly told Church Militant. "His words should expound and elucidate the most sublime mysteries of the Most Holy Trinity before whom the seraphim shield their faces with their wings."

"But those lips and tongue that daily pronounce Our Lord's sacred words of consecration in persona Christi at the heart of the Church have publicly spoken words referring to the worst sexual depravity," Dn. Donnelly stated.

Where was concern for the care of souls? Where was respect for modesty? Where was the vocation to holiness? How wonderful it would be if the Petrine Office were restored to the holiness and honor it held during the days of the Council of Chalcedon when the bishops acclaimed the wise words of Pope St. Leo I by shouting "Peter has spoken!"

The pontiff appeared to be recycling comments made about the media's "four temptations" in a Dec. 2016 interview with Belgian Catholic weekly Tertio — an online record of which has been preserved unredacted by the Holy See Press Office.

But if the communications media throw gas on the fire on one side or another, it doesn't help.

In the interview, Francis uses both terms referring to the "fecal" psychological disorders and says:

A year before being elected pope, the then-cardinal Jorge Bergoglio told Italian newspaper La Stampa, "Journalists sometimes risk becoming ill from coprophilia and thus fomenting coprophagia, which is a sin that taints all men and women — that is, the tendency to focus on the negative rather than the positive aspects."

The interview came in the wake of the VatiLeaks scandal — with leaked documents exposing Vatican infighting and financial corruption.

"So basically, Pope Francis is saying that journalists who talk s*** about the Catholic Church's bureaucracy run the risk of eating s***. Perhaps a fair point," Business Insider quipped. 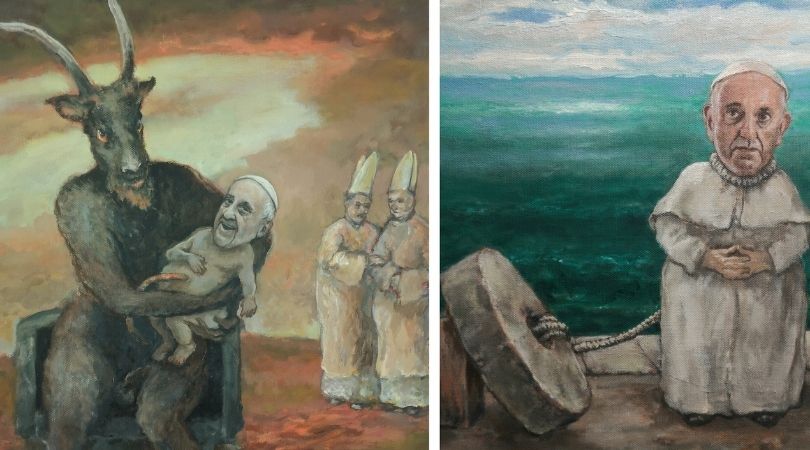 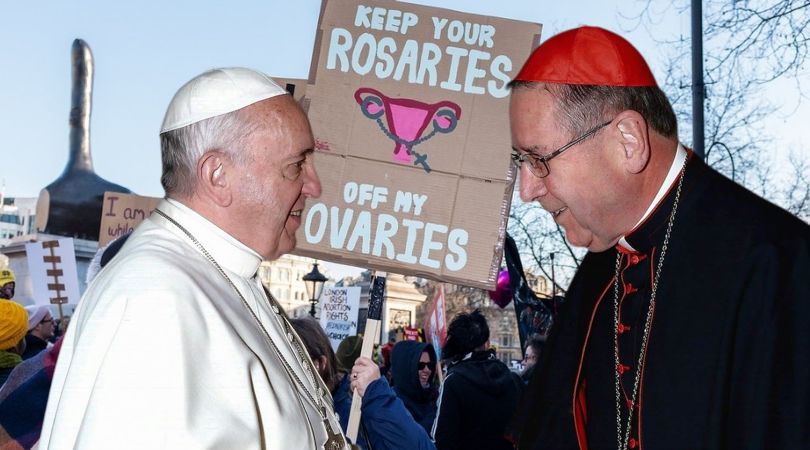 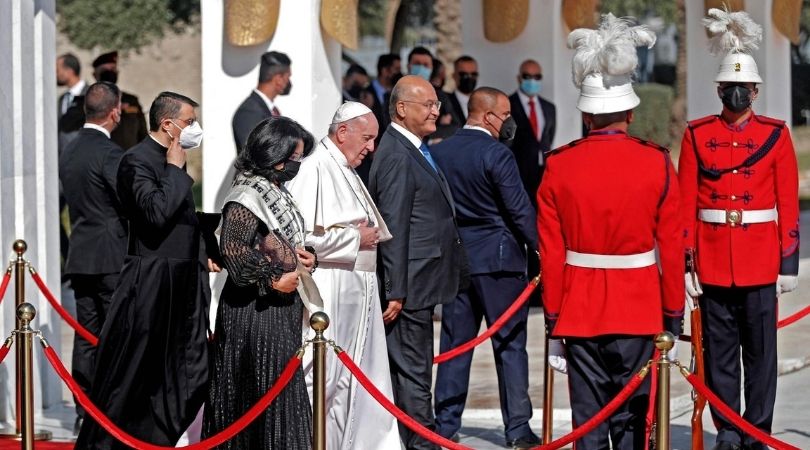