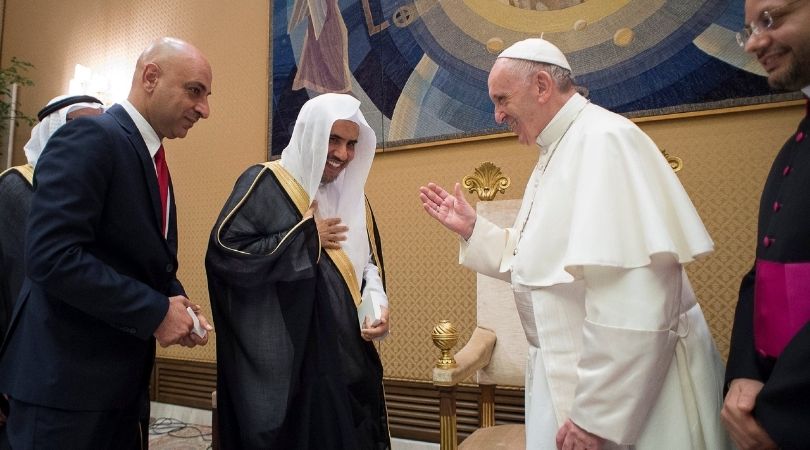 JEDDAH, Saudi Arabia (ChurchMilitant.com) - The Vatican is stepping up its alliance with a pan-Islamic organization alleged to have provided "material support" to al-Qaeda's 9/11 terrorist operation as well as to have funded terrorism and the global propagation of hardline Wahhabi Islam.

As part of recent efforts at re-branding its image through "religious diplomacy," the Saudi-sponsored Muslim World League (MWL) hosted the Vatican's envoy to the United Nations (U.N.) Sunday for a book presentation on interreligious dialogue.

Archbishop Ivan Jurkovič, the Holy See's permanent observer to the U.N. in Geneva, delivered a keynote address in Jeddah on the book The Promotion of Intercultural and Interreligious Dialogue as an Instrument for Peace and Fraternity, stressing the Vatican's developing relationship that began under Pope Francis in 2017.

Making no mention of Christ or the gospel, Jurkovič instead extolled the "polychromatic light of religions" that illuminates this world and "does not contrast the individual colors by putting them in antithesis to one another; rather, it combines them in a non-conflictual vision."

"The inevitable consequence of abandoning a civilization of encounter is to resort to an incivility of conflict," Jurkovič said, citing both Francis' Fratelli Tutti and the Human Fraternity pact with Grand Imam Ahmed al-Tayyeb.

Speaking to Church Militant, distinguished Islamic scholar Robert Spencer observed how "Jurkovič's attendance at an MWL event is a stark illustration of how the Vatican's determination to pursue Muslim 'dialogue' is so indefatigable that it has blunted all of its critical faculties and rendered it incapable of distinguishing between sincerely peaceful entities and those that are, like the MWL, extensively involved in funding jihad terrorism."

"This is partly due to the cynical cleverness of the MWL itself, which presents itself as a benign organization dedicated to 'dialogue,' although it wouldn't have taken more than five minutes of research for Vatican officials to discover the grim reality of the MWL," Spencer explained.

Vatican authorities pretend that pro-Sharia individuals such as al-Azhar Grand Imam Ahmed al-Tayyeb and the MWL hold positions that it is easy to establish they do not hold.

An Arabic-speaking source from the Middle East told Church Militant that the MWL was undertaking a massive re-branding operation and using the Vatican in order to whitewash its image as a terror-funding body.

"This is a new marketing strategy the MWL is using to influence public opinion and subjugate the West," he said. "The MWL has realized that openly flaunting hardline Wahhabism won't get them very far."

Founded in 1962 by then-prince (later king) Faisal bin Abd al-Aziz to secure the legitimacy of the Saudi regime by globalizing Wahhabism, even non-Wahhabi Muslims have cautioned against the MWL's "Wahhabi colonialism."

Multiples sources have confirmed the role MWL plays in funding terror through its subsidiary, the International Islamic Relief Organization (IIRO). According to the Begin-Sadat Center for Strategic Studies (BSCSS), "Islamic charities play a central role in terror financing."

The MWL "has been implicated in a large number of terror financing scandals," BSCSS reports, including the "golden chain" that included "Osama bin Laden and helped establish his power base."

"While the group did sponsor charitable activities for the Muslim population of Afghanistan, a sizeable portion of funding went to military and ideological causes including the training camps which raised a generation of Islamic terrorists," BSCSS adds.

A 2019 investigation by the Washington Institute for Near East Policy described the MWL as "an organization that for more than half a century has been at the heart of Riyadh's endeavor to promote its particular brand of Salafism worldwide."

The report confirmed the MWL's attempt to rebrand itself noting that "the league's rhetoric has undergone a significant shift since the arrival of Crown Prince Mohammed bin Salman in 2016."

In the ensuing years, complaints about the league shifted from accusations concerning the organization's direct links to terrorism to a broader focus on the extremist ideas thought to be fueling such terrorism — ideas that the league was accused of having disseminated through its educational materials and sponsorship of imam training programs.

"Here, too," it records, "the evidence fueling such accusations is robust, as even a cursory look at the league's publications, curricular materials and public pronouncements over the years attests."

This includes participation in an "institutional ecosystem" that "collectively facilitated the use of instructional materials rife with xenophobic, anti-Semitic, anti-Christian, anti-Western and sectarian themes."

The evidence fueling such accusations is robust, as even a cursory look at the league's publications, curricular materials and public pronouncements over the years attests.

"But the Vatican under Pope Francis has committed itself wholeheartedly to the false proposition that peace can be established (and, presumably, the global jihad ended) by means of this dialogue, and it needs 'moderate Muslims' to serve as dialogue partners," Spencer, author of over 21 books on Islam, told Church Militant.

"When no such moderates can be found, rather than re-evaluate the entire 'dialogue' enterprise, Vatican authorities pretend that pro-Sharia individuals such as al-Azhar Grand Imam Ahmed al-Tayyeb and the MWL hold positions that it is easy to establish they do not hold," Spencer lamented.

The MWL enjoys observer status at the U.N. and the Organization of Islamic Cooperation (OIC) and is a member of UNESCO and UNICEF.

Church Militant asked the Holy See Press Office to clarify and comment on the Vatican's relationship with the MWL, asking if Pope Francis was aware of the organization's role in funding terrorism and propagating Wahhabism. The Vatican has yet to respond. 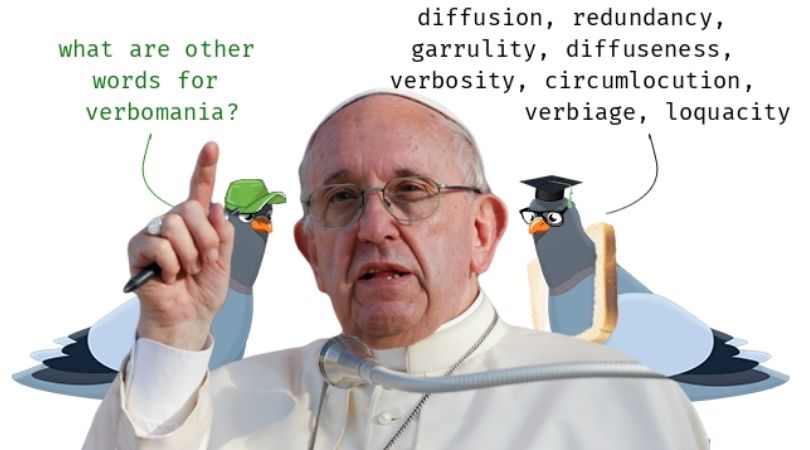 Fratelli Tutti: Glory to Man in the Highest
By Jules Gomes   •   0