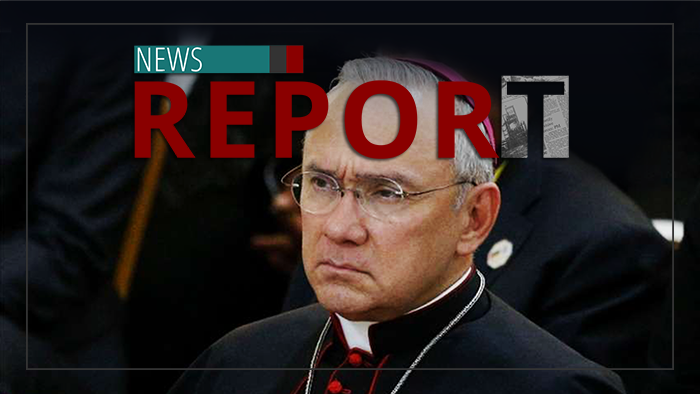 It was reported Thursday that one of the Vatican's highest officials called in a foreign government to sweep for spy bugs in his office. Church Militant's Hunter Bradford talks about "spy versus spy" in the Vatican.

The No. 2 authority in the Vatican Secretariat of State, Abp. Edgar Peña Parra of Venezuela, reportedly commissioned the Italian Secret Service to search his Vatican office for clandestine listening devices.

Since the Vatican is a sovereign city-state, it raises questions as to why Peña Parra would outsource a security-related job that actually belongs to the Vatican police force.

Back in 2020, Abp. Carlo Viganò warned that Pope Francis surrounded himself with "blackmailable" people.

Abp. Carlo Maria Viganò: "This 'blackmailability' is the indispensable requirement to be able to be manipulated by the one who, while presenting himself as a reformer of the Curia and the punisher of a vaguely defined 'clericalism,' is, in fact, surrounded by corrupt and immoral people."

Viganò specifically mentioned that Peña Parra was a notorious sodomite and that this was known all the way back to his priestly ordination in 1985. By 2000, homosexual sex abuse complaints about Peña Parra had reached the Vatican Secretary of State, and several more followed.

Despite that, he rose quickly to power in the Vatican, perhaps because he's a close associate of Honduran cardinal Óscar Maradiaga — another corrupt Vatican official who is also Pope Francis' close adviser and personal friend.

At the direction of Pope Francis, Peña Parra replaced the No. 2 man in the Secretary of State office — the now-disgraced Cdl. Angelo Becciu. Friday, Becciu's trial for financial corruption resumed in the Vatican, a scandal that has Peña Parra's fingerprints all over it.

In 2018, Church Militant described the sophistication of the Vatican's spy and information gathering network. Papal diplomats and their staffs are the principal gatherers of intelligence on the part of the Holy See.