VATICAN CITY (ChurchMilitant.com) - The Vatican's top partner in vaccine promotion is threatening the freedom of pro-life doctors to conscientiously object to the murder of preborn babies, the elderly or terminally ill.

Human rights organizations and Catholic bioethicists are condemning as "particularly alarming" the World Medical Association's (WMA's) proposal to revise its International Code of Medical Ethics by introducing a section that will obstruct "conscientious objection."

"This is a serious attempt to overturn the legitimate balance that gives precedence to doctors' freedom of conscience over the practice of acts that are only tolerated by law," the European Centre for Law and Justice (ECLJ) warned in a statement Saturday.

The Pontifical Academy for Life (PAL), which held a joint press conference with the WMA challenging "vaccine hesitancy" earlier on Friday and a joint International Roundtable on Vaccination with the WMA Thursday, has remained tight-lipped on the revision.

Dr. Parsa-Parsi currently chairs the working group to revise the WMA's International Code of Medical Ethics. The WMA is an international organization representing physicians and was founded in 1947 "to ensure the independence of physicians, and to work for the highest possible standards of ethical behavior and care by physicians."

Forcing the Unethical via Referral

The WMA proposal will declare that "conscientious objection must only be considered if the individual patient is not discriminated against or disadvantaged [and] the patient's health is not endangered," since doctors "have an ethical obligation to minimize disruption to patient care."

Groups like the WMA already fail to protest vigorously against legal abortion, as physicians should.

Pro-life doctors who conscientiously object to abortion, euthanasia or assisted suicide will have to ensure that "undelayed continuity of care is ensured through effective and timely referral to another qualified physician."

In comments to Church Militant, Dr. Michael Pakaluk, professor of ethics and social philosophy at the Catholic University of America, explained how "groups like the WMA already fail to protest vigorously against legal abortion, as physicians should."

"The Church has taught that Catholics and indeed everyone committed to the Hippocratic ethic in medicine has a duty to protest the use of cells derived from abortion in vaccine development," Professor Pakaluk stressed. "A reasonable observer should be baffled by the complete silence of the Pontifical Academy for Life on this point, in a public statement with medical professional associations about the ethics of vaccines."

Pakaluk, one of a panel of high-profile academics to challenge the morality of the abortion-tainted experimental vaccine, elaborated:

PAL can say and will say that the Vatican meeting was on a different topic — vaccines — and that finding common ground as regards a topic of common concern like vaccines might be the best way of influencing the WMA on other points. But who will affect whom? If salt loses its saltiness ... so our Savior warned. One might be concerned that such an approach weakens Catholic witness and identity.

In a briefing paper, the Oxford-based Anscombe Bioethics Centre (ABC) warned that the WMA's revision "utterly fails to establish the duty of doctors to object to practices and procedures that are unconscionable because they are harmful, discriminatory, unjust or unethical."

In the name of an insubstantial 'right to abortion,' the right to conscientious objection for medical personnel has been under constant attack these last years.

"The right to conscientious objection is based on the duty to be conscientious, which is fundamental to medical ethics," it emphasized.

"If the practice or procedure is ethically objectionable, then hastening the delivery of the procedure does not enhance patient care; it harms it," the ABC observed. "The fact that the doctor believes the procedure is unethical is reason not to require the doctor to facilitate it."

If a doctor objects to conversion therapy, skin whitening, transgender surgery, or torture, it would contradict the doctor's "judgement of good patient care to arrange 'effective and timely referral' to a practitioner who would provide the service," the ABC noted.

Earlier, in a 10-page letter, the France-based ECLJ intervened with the WMA "in support of the fundamental right to conscientious objection" and "against the inclusion of immoral acts such as abortion and euthanasia in the realm of medical ethics."

"In the name of an insubstantial 'right to abortion,' the right to conscientious objection for medical personnel has been under constant attack these last years, trying to impose a significant burden on health providers," ECLJ observed.

The ECLJ reminded the WMA that the Nuremberg Code recognizes conscientious objection "as a duty imposed on people who have received the order to collaborate in the making of severe crimes violating natural law."

"The issue of conscientious objection is more present than ever, particularly with the legalization of practices like abortion, birth control, sterilization or euthanasia with no therapeutic purposes," it added.

The fact that the doctor believes the procedure is unethical is reason not to require the doctor to facilitate it.

In a 2017 paper on euthanasia presented to the WMA and GMA, Paglia stressed the Holy See's relationship with such bodies is based on "the shared search for a common ground on which even differing opinions can find points of agreement about the truth of the human being."

Church Militant contacted the WMA and PAL for comment but received no response.

Church Militant asked ABC if it would comment on why PAL had not objected to WMA's revision while continuing to partner with the pro-abortion medical body over vaccines.

"Unfortunately, the Centre is unable to offer further comment on our briefing paper at this time," ABC told Church Militant.

In 2020, PAL appointed ABC's education and research officer Michael Wee as a young researcher member. "It's important that Catholic bioethics, and the moral life more generally, is not just about condemning everything," Wee said.

Wee commended PAL's "particular interest" under Pope Francis "in emerging technologies, such as developments in artificial intelligence and their significance for healthcare."

A final draft of the International Code of Medical Ethics will be debated at the WMA's dedicated conference on conscientious objection later this year or in 2022. 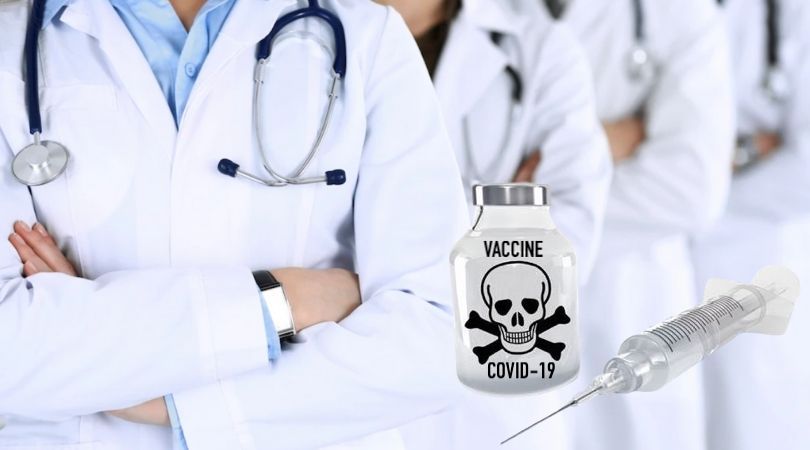