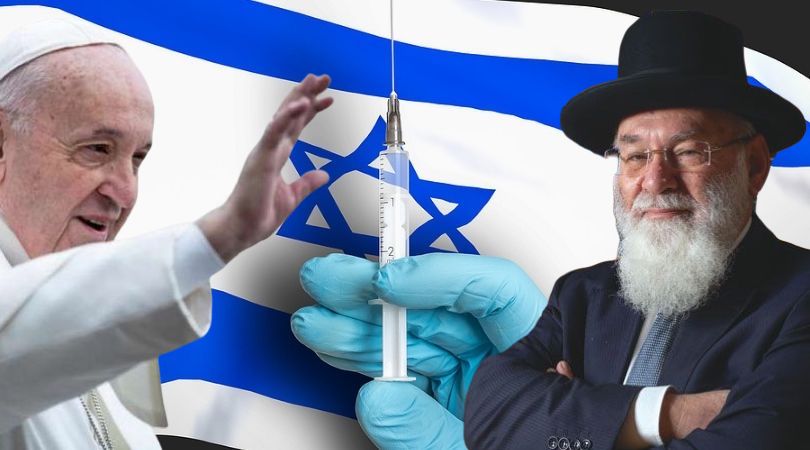 Steinberg says jab refuseniks are 'murderers' who must be punished

VATICAN CITY (ChurchMilitant.com) - The Vatican's forthcoming health forum will host a high-profile Israeli rabbi who demonizes conscientious objectors to the COVID-19 vaccine as criminals and murderers and declares it obligatory for governments to punish vaccine refuseniks.

Rabbi Avraham Steinberg, whose fanatical views on the jab have been condemned by Jewish scholars and fellow rabbis as "extremely misleading" and "hateful," will deliver a "biblical reflection" at the Vatican conference to be held online Sept. 27–28.

Titled "Public Health in Global Perspective: Pandemic, Bioethics, Future," the online forum is being organized by the Pontifical Academy for Life (PAV) to reflect on the pandemic and call for a "necessary ethical, medical and ecological 'conversion.'"

Sources told Church Militant the PAV conference is intended to intensify Pope Francis' "vaccine crusade" and will be a replay of the Pontifical Council for Culture's highly controversial May summit on "Exploring the Mind, Body and Soul," which featured pro-abortion speakers.

PAV stepped up its offensive against so-called vaccine hesitancy in July by co-opting scientists from globalist bodies to attack "anti-vaxxers," who, they claim, are spreading "misinformation and fake news," Church Militant reported.

Steinberg, the Vatican's latest mouthpiece for the vaccine, provoked outrage in Israel after insisting the Torah obliges "everyone to be vaccinated based on the commandment 'You shall safeguard yourselves exceedingly'" (Deuteronomy 4:15).

Interpreted in context, the Deuteronomic text is addressing idolatry and not physical health: "Therefore watch yourselves very carefully. Since you saw no form on the day that the Lord spoke to you at Horeb out of the midst of the fire."

God will judge them for every ounce of suffering they inflict on His creations.

The rabbi also compared intentionally unvaccinated people to murderers ("rodef") — a pursuer with an intent to kill. He argued that "vaccine refusers" should be judged in a "criminal" light and "in the sphere of damages/torts."

In an op-ed for Israeli daily Arutz Sheva, the medical ethicist maintained it is permissible to force vaccine refusers "to be vaccinated against their will or to punish them for their refusal, as a consequence of the criminal aspect of their refusal."

"Rabbi Steinberg and many like him have corrupted the Torah to push the establishment agenda, and can no longer be considered credible," Rabbi Chananya Weissman, an author of seven books, told Church Militant.

"The Torah position on the so-called COVID 'vaccines' is unambiguous," Weissman, author of End the Madness, said. "It forbids endangering one's health with a medical intervention that has proven to be extremely dangerous, provides little to no benefit and whose long-term effects cannot possibly be known."

Rabbi Chananya Weissman responds to questions on the vaccine tyranny
Steinberg, however, has railed against "claims of conspiracy" and "the alarmist fake news surrounding the vaccines," pushing for the government to combat "various false rumors opposing vaccination."
The rabbi, who heads the editorial board of the Talmudic Encyclopedia, also regards it "permissible, and even an obligation of the government," to punish vaccine refusers and bar them from entering public places, synagogues and schools.
Rabbi Steinberg and many like him have corrupted the Torah to push the establishment agenda.

"It is also permissible to prevent vaccination refusers from interacting with the public, including teachers, policemen, store owners and the like," just as it is licit for "private companies and private businesses to allow entry to their premises exclusively to those who can prove that they have been vaccinated, or have recovered from coronavirus," he writes.

Speaking to Church Militant, Jewish anthropologist Karen Harradine said she was "horrified to see a rabbi violate the Nuremberg Code, made worse by the fact his hateful rhetoric is based on magical, unscientific thinking."

"Rabbi Steinberg leaves out important facts in his diatribe against those concerned about the COVID-19 vaccine. That he advocates punishment for those who do not wish to have the vaccine is nothing short of inciting hatred of the Other," Harradine warned.

How horrifying that Israel has been turned into one giant vaccine experiment for the world, currently rolling out "booster shots." It sends chills down my spine that Pfizer is using the Jewish state as a cash cow for its medical experiments.

The fact that 40% of new COVID patients in Israel were vaccinated is not mentioned by the rabbi. Perhaps Steinberg should ask why vaccine manufacturers have been granted indemnity instead of shilling for those who use Jews as lab experiments.

COVID cultists like Steinberg ignore the suffering caused by totalitarian, anti-science lockdowns, where in Africa the heinous consequences of lockdowns means that millions are now starving.

The only exception Steinberg makes is not withholding medical treatment to a vaccine refuser if he becomes ill with COVID-19, since Jewish law does not withhold treatment from someone who was injured while desecrating the Sabbath.

Meanwhile, Rabbi Weissman responded to Steinberg in Arutz Sheva, remarking that "someone who refuses to take a drug for any reason, especially under such a cloud of darkness, is not a criminal. He is responsible."

"Those who behave like despots to forcibly inject people are the real criminals, and God will judge them for every ounce of suffering they inflict on His creations," Weissman noted.

I am horrified to see a rabbi violate the Nuremberg Code.

"This is especially true considering the complete lack of trustworthiness of those coercing the masses to take this treatment, the censorship of dissenting views and the indemnity granted to the manufacturers," Weissman told Church Militant.

"Rabbis, doctors and others who have positions with the health establishment or government receive funding from them or otherwise have a vested interest in the matter, are ineligible to testify about the 'safety and efficacy' of the treatment," he stressed.

"Furthermore, those who are proven liars are ineligible to testify about anything, especially matters of life and death," Weissman said, noting that Israel's prime minister is seeking to punish the unvaccinated with rabbinic approval from "Steinberg and others who have blessed this horrific tyranny."

Israel contracted with Pfizer to receive a "huge quantity of millions of vaccine portions" in exchange for giving the company secret and personal medical information about people "without their knowledge or consent in advance," Anshe Ha-Emet alleged.

In an article titled "31 Reasons Why I Won't Take the Vaccine," Rabbi Weissman called the jabs "the greatest medical experiment in the history of the human race."

Pope Francis appointed Steinberg and Argentine rabbi Fernando Szlajen to the Pontifical Academy of Life in 2017, the first time rabbis have been invited to be members of the academy. 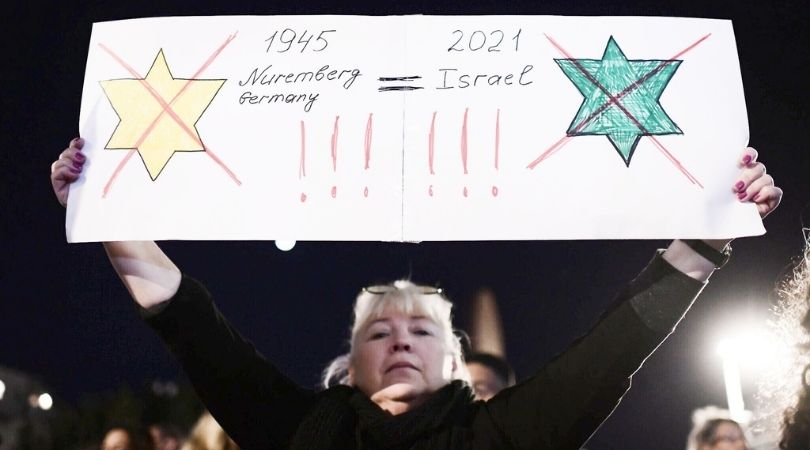