Vaxxed People Are the New Lepers 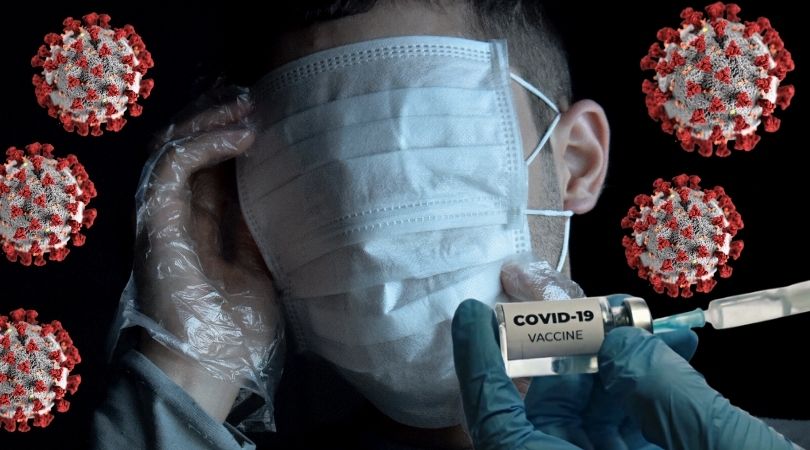 Allow me to extend to you my deepest condolences. It must have been unendurably dull for readers of ChurchMilitant.com without me around this past month. I was kept from you, dearest friends, not by my own fault, but because I was the victim of a burglary. Vagabonds stole my voice. My ability to speak — both literally and in the sense of being able to draft a grammatical sentence of English — was wrenched from me by a vaccinated employee of a major luxury hotel chain.

The vaccinated, as you know, are walking COVID bombs, carrying, according to some estimates, 250 times the viral load of conventionally infected people. You must do all that you can to stay away from them. The vaccinated don't receive better protection against the virus than the natural immunity conferred from past infections. Vaccinations are also wholly and entirely responsible for the emergence of new and nastier strains of COVID — some of which are far crueler than the original malady. A juiced-up species of Kung Flu called the Delta variant is my current bête noire and bedside torturer.

COVID took me utterly by surprise. In addition to being young, handsome, talented, popular and modest, I am also healthy as an athlete and strong as an ox, despite rarely doing any exercise. In Britain we call this "rude health." I can promise you, you know no one ruder than me! But my rude health did nothing to protect me from this wicked new strain, named after America's worst and wokest airline. I have never been so feeble and helpless in my life. It is ghastly. Don't take these new vax-generated variants lightly, friends.

Whatever you do, don't listen to doctors. They are knaves, flimflammers and mountebanks. Find ivermectin — it works. Don't ask me how. A monoclonal antibody treatment called Regeneron, which stops the virus from attaching to certain of your cells, works, but Catholics will want to research its origins. We're told the treatment doesn't itself contain fetal tissue lines, but USA TODAY noticed they might have been used in early research for the drug. That rules out its use for me, but you may come to a different conclusion. If you live in Florida, Regeneron is free. Vitamin C, Vitamin D, Zinc. Lots of energy drinks.

Don't move around too much. If you try to carry on with business as usual, you'll get slammed with crashing blood oxygen levels that will leave you lightheaded, dizzy and feeling dissociative (which isn't as fun as it sounds, and you're talking to a former ketamine enthusiast). If you overdo it before you're properly healed, it's entirely possible you could lose consciousness and get brained by an occasional table, which is not how you want to go out. Just ask my great aunt.

It may interest you to know that this respiratory infection struck me down the morning I was due to begin narration of an audiobook version of the Psalms, Proverbs and Revelation. A little on the nose, even for Old Nick, n’est-ce pas? Yet we Christians are too wise to believe in coincidences. Devil, you will fail. You will not have me. The works will proceed, and you can try and fail again some other day. For I shall not let down the Lord, whatever petty viral trifles you may hurl at me from Marisol, the jabbed chambermaid, or Luca, the triple-vaxxed poofter at the front desk.

In my former life, I fancied I was making a wager, like Ariel in The Little Mermaid, risking my HIV status in exchange for the chance to snag a prince. (I know you can't tell, but I used to be a homosexual.) But the only chain-smoking black sea witch I've done a deal with lately was Showanda at the DMV, to whom I have promised a pack of Newports a week for the next month because she let me skip the line during a thunderstorm. Before you judge, four out of five doctors used to be paid by Big Tobacco to say smoking strengthens your lungs, which is how you know you can trust them now.

Others, though, have done the deal. They've entrusted their souls to the sea witch in exchange for ... what? A few months of virtue signaling and social media approval? The shame. Most grievously lost of all are the pregnant mothers who have risked and, in so many cases, lost their unborn babies. They got jabbed, often against the wishes of their husbands, dismissing rational concerns as feverish internet conspiracy theory. They trusted the science; the result was death. We will never know how many perfect little souls were from this mortal coil untimely ripped, thanks to wayward women striking bargains with Satan, the hater of humanity.

Most grievously lost of all are the pregnant mothers who have risked and, in so many cases, lost their unborn babies. They got jabbed.

The worst thing about this sickness is that I have been compelled to miss a 60th birthday party, this weekend just gone, for our intrepid leader and my dear brother in Christ, Michael Voris. Perhaps it was his 70th birthday, I forget — damned flu brain! I hate being absent at birthday parties because one should never miss the opportunity to twist the knife when an elderly friend is reminded of his mortality.

Because I am such a good pal, I had prepared the tenderest, kindest, sweetest and certainly the most venomous birthday toast I've ever written. This radioactive tour de force will never be delivered now. The world must be left to wonder why I was preparing to quote Naomi Campbell in ecclesiastical Latin; Michael's friends and employees will never know how many bodies lay rotting under his flagstones. Dear reader, pity me, stumbling through this succession of harrowing and haunting devastations.

At least we have an enemy to pin all the blame on: the Jews! I'm kidding, of course. I wonder if that'll make it through editing. [Copy editor's note: We'll let it slide, Milo. Readers know what to expect from you.] I'm in that late stage of sickness where I don't care anymore, like my grandmother the year before she died, during which time she resurrected a lot of fruity racial language I never knew she knew. Some of it was shocking, but at least I wasn't kept from her bedside by TikTokking ghouls in hospital scrubs and prissy spinsters in police uniforms. She didn't die alone, with only filthy walls and a sea of masks for company.

And nor will I, no matter what they threaten me with. It breaks my heart, evil as they are, to realize I may never again visit New York City or Los Angeles. I might not even be able to travel to Europe again — no Vatican City! — because the beast administration won't let me back into America without proof of vaccination. Well, guess what, Washington D.C. It ain't happening. I'll never leave my front door again, if that's what it takes. And I'm treating anyone who got jabbed even once as if they have leprosy. You should too.

News Report: Sticking It to the Man

After weeks of this thing, my mind is cloudy and muddled. I can't remember people's names or what time those wretched Zoom calls with my reparative therapist are supposed to start. This brief taste of what it must be like to be as old as Michael has been horrifying. I've lost almost all of my taste and smell, which means that for the next six months I'm going to be drowning myself in Neroli Portofino just to be sure I don't stink. Sorry if you have to interact with me during that time. Just pretend you're meeting Louis XIV.

Remember, the route to health is not vaccines, but virtue: gentle exercise, not being a fat pig and praying.

In other ways, I have become sharper — more focused, more aware of the urgency of my tasks on earth, even more daring. There was a day, about a week ago, when my blood oxygen crashed to 76%. It dawned on me that I might have pneumonia and it was conceivable, however unlikely, that I might die. That's when I — too late — began to take it all just a bit more seriously and got the medical care I needed. Don't wait that long, friends. Heaven will be wonderful, but we shouldn't be recklessly eager to get there when there are so many unexplored ways to serve and delight our Heavenly Father here and now.

Christopher Hitchens, who died of throat cancer in 2011 after several years of squalid and intellectually debasing heresy, did his best writing just before he croaked (literally, because he had throat cancer.) So I hope my return today to this esteemed organ has been merely satisfactory. I know you'll tell me either way. Remember, the route to health is not vaccines, but virtue: gentle exercise, not being a fat pig and praying. A lot. All the time. And ideally for your humble correspondent, who continues to need all the prayer you can spare. 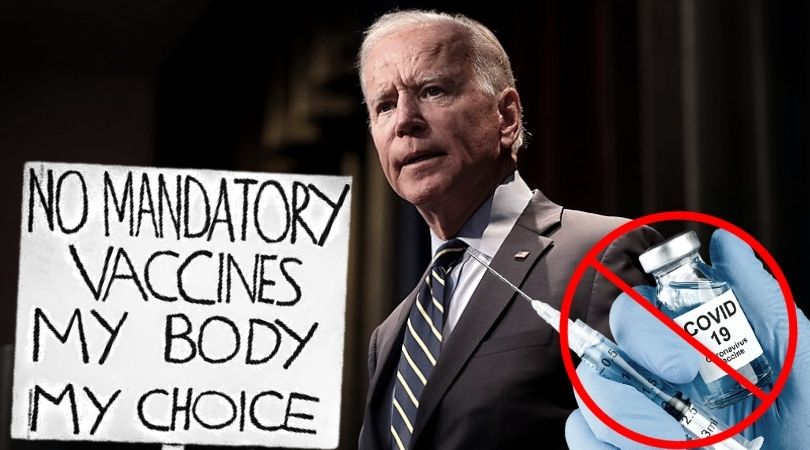