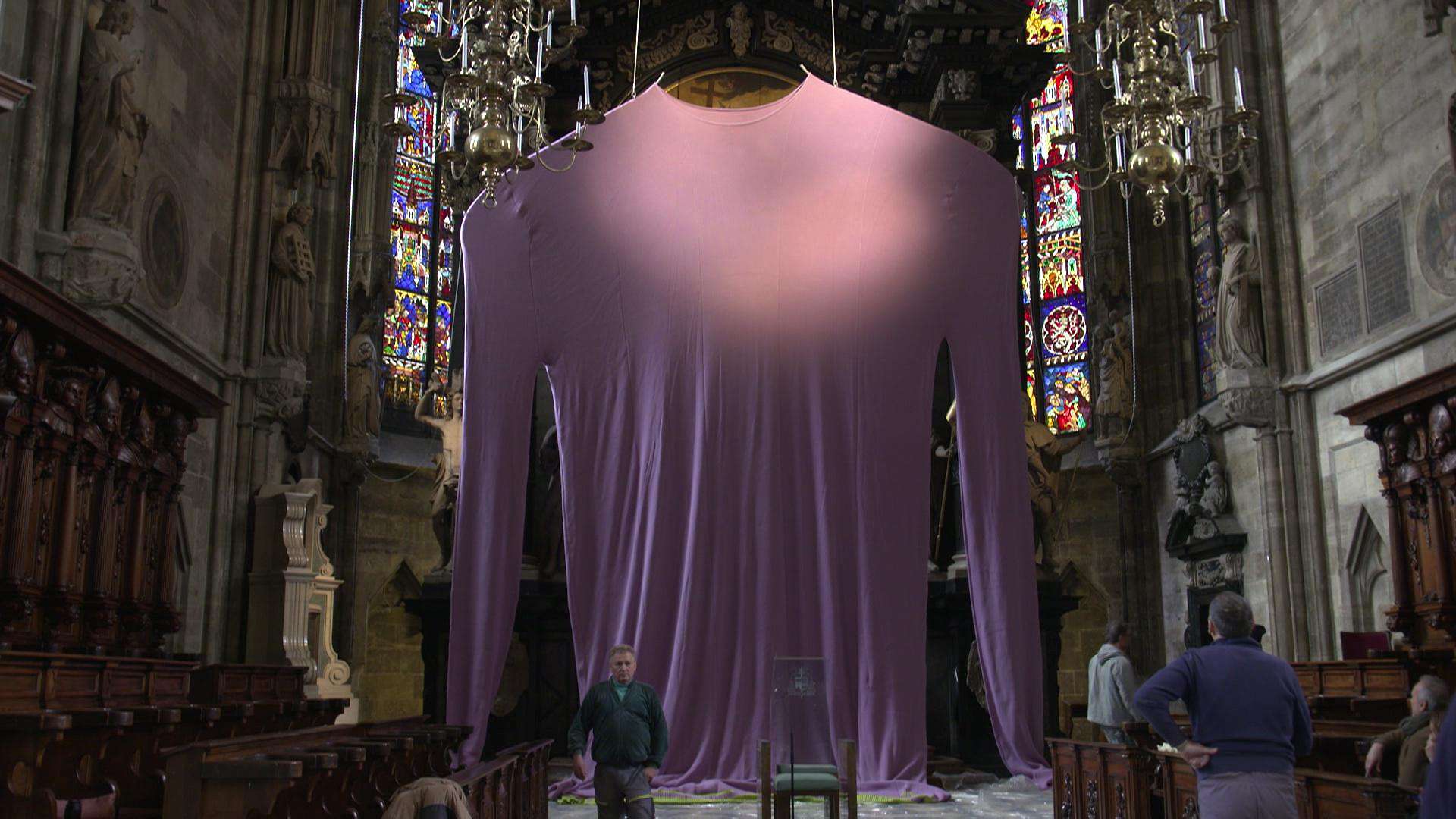 VIENNA (ChurchMilitant.com) - An Austrian artist notorious for "pushing the boundaries of sculpture" is having his exhibit of an 80-square-meter purple sweater hung over the baroque high altar for Lent at St. Stephen's Cathedral in Vienna.

Erwin Wurm's sweater is meant to replicate the purple veil (Fastentuch or fasting cloth) used to cover images of Jesus, especially the crucifix, in Catholic and some Protestant churches during the 40 days of Lent.

The sweater, weighing a total of 300 kilos and made in Thailand, is designed to convey the message of a "warming and protective second skin" supposedly alerting worshippers to "the priority of warming love of neighbor," the cathedral's website explains.

The 66-year-old artist, who specializes in sculpting distorted forms of the human body and other objects, says that his work evokes the absurdity found in mundane actions of everyday life.

The sculptures are said to be "an indication of the deformities of our lives," says cathedral pastor Canon Anton Faber.

Wurm's "strangely deformed sculptures" invite "you to think about your own limitations in the interior of the cathedral" and "Easter penitence is the beginning of a liberation from the deformities of our lives and our environment," the website explains.

The hot-water bottle exhibit, placed at the entrance to the cathedral and titled "Big Mother," is supposedly a symbol of "warming charity" for the artist.

There is, however, no reference to the passion or crucifixion or atoning work of Christ or to any traditional Lenten theme in the explanation of Wurm's artworks.

Today the Lenten veils have become a field of artsy agitation for those church officials who are obviously weak in faith.

A man without head and hands, bodies that can only be defined by briefcase and handbag, or that can only be experienced as packaged sausages, offer a level of conscience and the potential for questioning one's own freedom and its limitations. Deformed buildings and objects open up new perspectives on the power and possibility of our renewal from faith.

A number of Wurm's other artworks could be classified as pornographic, including an image of two bare-breasted women posing side by side joined together by a single pair of underpants.

Other indecent images include a bare-breasted woman with legs spread and another of a woman posing with a scantily-clad posterior — both leaving little to the imagination.

Wurm also displays graphic pictures of a number of middle-aged naked men as part of his series "De Profundis." Some of the photographs are painted over to cover the genitalia. In other photos, they are partially visible. One photograph, where a man's upper body is painted over, has his genitalia clearly displayed.

The artist, a lapsed Catholic who says he has returned to the Church as a "cultural" Catholic, has also created images mocking priests and nuns. Another sculpture, titled "Confessional," depicts two men inserting their heads into both ends of a kennel.

Wurm says he has a strong connection to St. Stephen's Cathedral — one of the most important Gothic structures in Austria; he claims he goes to the cathedral regularly, but "unfortunately" not so much to pray, but rather to deal with the architecture, aesthetics and history of the church.

Canon Faber has been criticized for displaying avant-garde art pieces in the past by traditionalist Austrian Catholics who questioned the misuse of their taxpayer money. (Church tax is compulsory for Catholics in Austria.)

On this occasion, Faber has pre-empted a backlash by making it clear that Wurm was not paid an artist's fee and the material and transport costs were covered by other sources.

"Faber has a penchant for self-expression" and "pseudo art," the German Kreuz.net blog commented, criticizing the cathedral pastor for recognizing "garbage as 'art.'"

For about a thousand years the view to the altar during Lent has been shrouded by the "Lenten Veil" (Hungertuch) to signify that sinful man is not worthy to see God. Often these Lenten veils narrate the life of Christ. They were intended to bring illiterate people who could not read, more powerfully closer to the life of Christ as a kind of poor man's Bible," it added. Today the Lenten veils have become "a field of artsy agitation for those church officials who are obviously weak in faith," the blog noted.

Cardinal Schönborn ordered the removal of the Last Supper exhibit, but other blasphemous pictures — including one showing Christ being fondled while on the Cross — were left on display.

In 2007, Faber invited all "lovers" to St. Stephen's Cathedral to receive a "blessing" for St. Valentine’s Day, explicitly including homosexuals in his invitation.

Ironically, the cathedral's website "asks that all visitors to the cathedral, worshippers and tourists alike, wear clothing appropriate to the dignity of the church. In addition, male visitors are asked to remove any headwear." 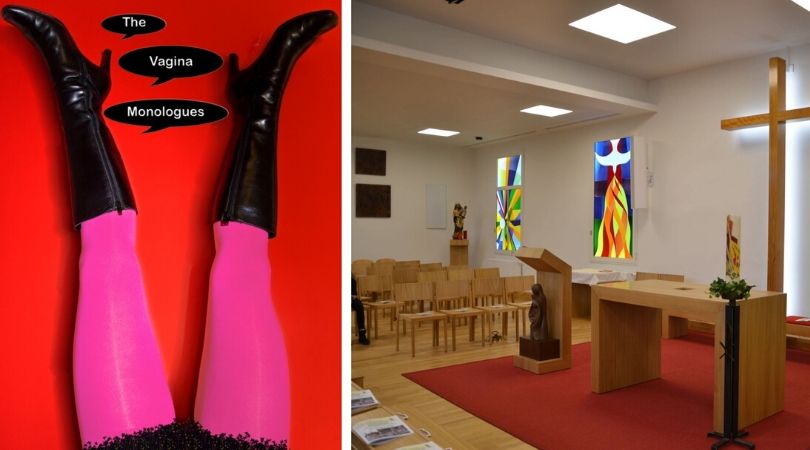 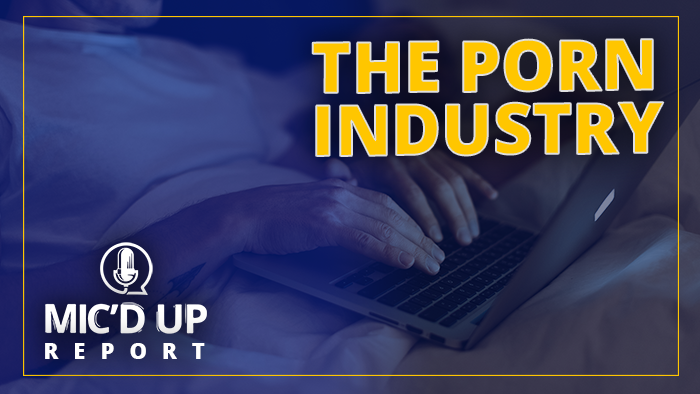 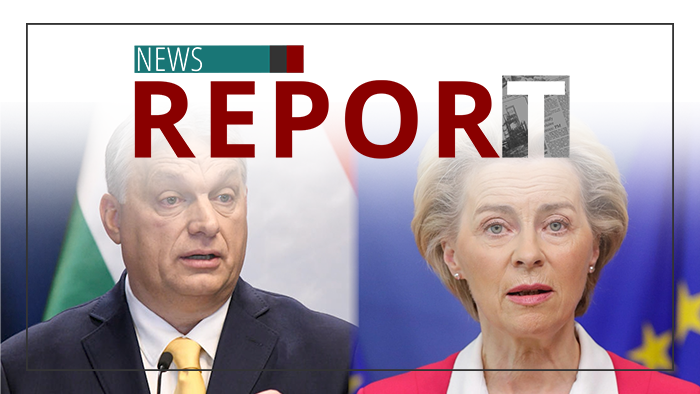