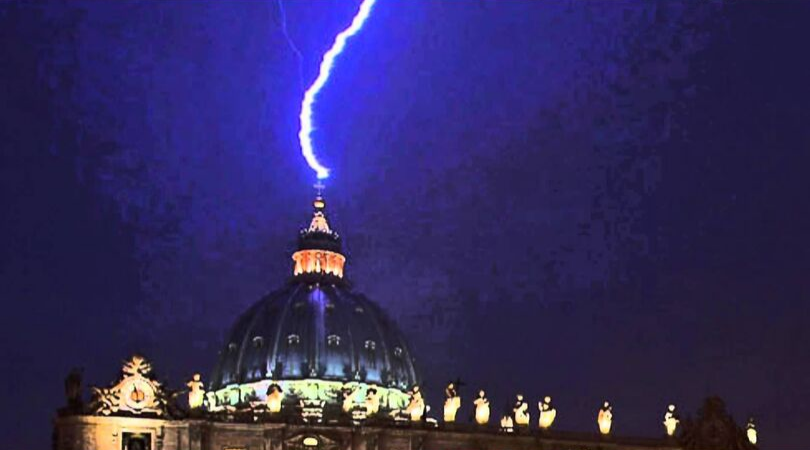 Speaking in 1946 on the crisis in store for the Catholic Church, then-Bp. Fulton J. Sheen predicted the devil would attempt to counterfeit the Church:

Venerable Bp. Sheen's words are echoing in our day by whistleblower Abp. Carl Maria Viganò, who is warning of attempts to make a new Church.

The former papal nuncio says in recent remarks that it's a centuries-old project begun by Freemasons and especially accelerated by revolution-minded clerics since Vatican II.

He also loops in the efforts of Communist infiltrators hell-bent on re-making the Church.

2000 years ago Christ assured St. Peter in Matthew 16:18 that against His Church the gates of Hell shall not prevail.

In November of that year, Viganò addressed the U.S. bishops, quoting the words of Pope John Paul the Second. "We are now facing the final confrontation between the Church and the anti-church," he told them.

Viganò added, "It is, therefore, in God's Plan, and it must be a trial which the Church must take up, and face courageously."

There is only one true Church founded by Christ. But, according to Sheen, John Paul II and Viganò, discerning the true Church from the new Church may prove challenging.